Unsurprisingly, given the otherwise identical system configurations, all the boards turned out very close numbers, and there was just a 2 per cent difference overall between the top (Gigabyte) and bottom (ASRock) performer. 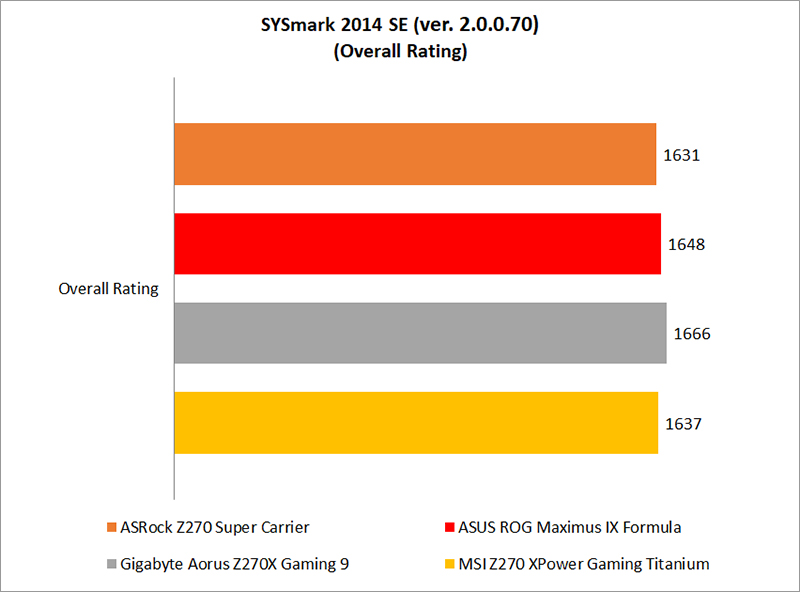 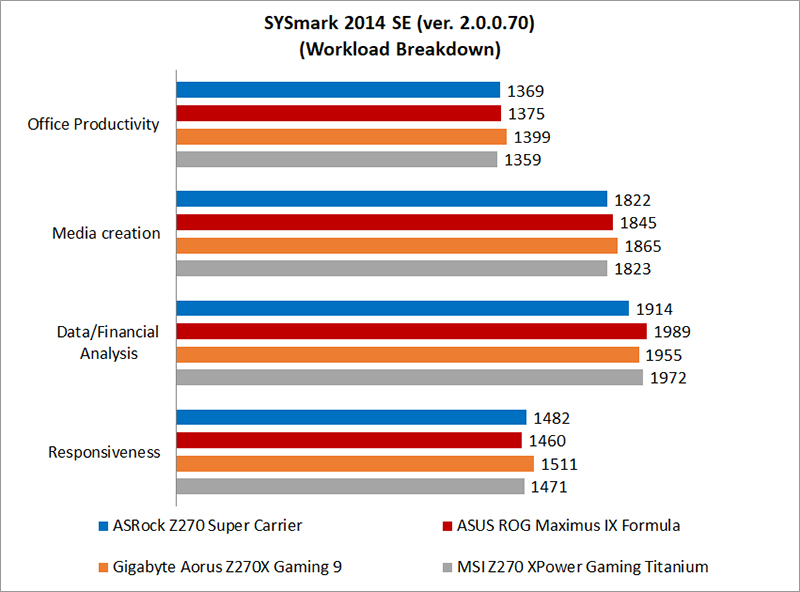 Cinebench is a benchmark tool used to compare CPU performance across different systems, so we’ll be using it to evaluate how well our Intel Core i7-7700K plays with the different motherboards. The multi-threaded test scenario uses all of the system’s processing power to render a photorealistic 3D scene, making use of various algorithms to stress all available processor cores. Conversely, the single-core test stresses just one core.

Once again, there was just a minuscule 1.4 per cent difference between the lowest (ASRock) and highest (Gigabyte) scores, which probably won't mean too much in real-world usage. That said, the ASRock board lagged behind by a larger distance relative to the other motherboards, especially in the single-core benchmark. 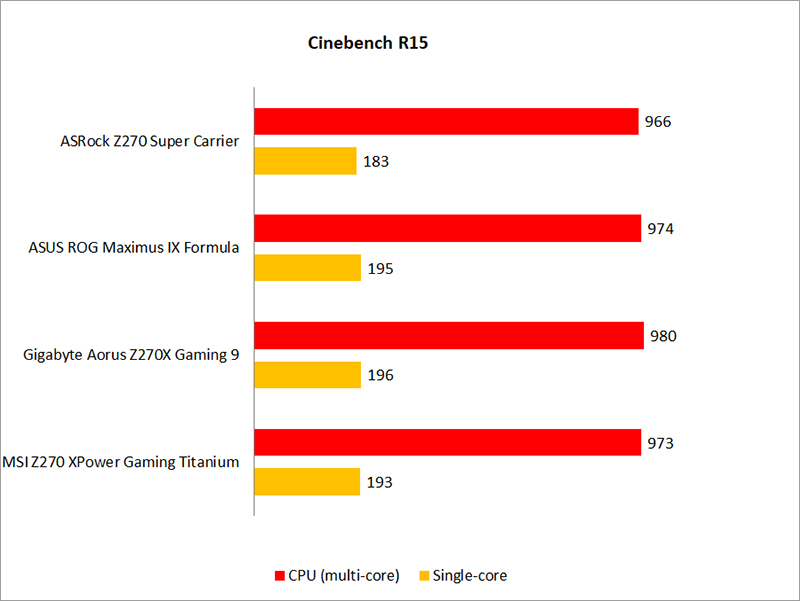 SPECviewperf actually runs a total of eight different viewsets, but we’ve picked just three to display here. The 3dsmax-05 viewset was created from traces of graphics workloads generated by 3ds Max 2016, while creo-01 and maya-04 were derived from PTC's Creo 2 and Autodesk's Maya 2013 respectively.

The results were mostly too close to call here, but the one outlier would be the surprisingly weak performance of the MSI motherboard in 3dsmax-05. We even ran the test several times to verify, where the board consistently posted low numbers for that particular viewset. 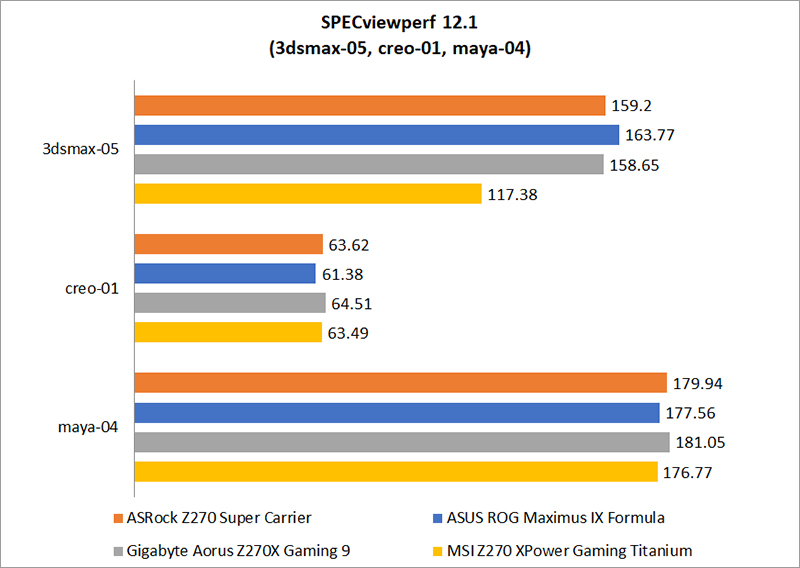 Performance differentials were expectedly small here given the identical graphics and CPU hardware, but the ASUS board managed to eek out a lead in all three Fire Strike benchmarks. 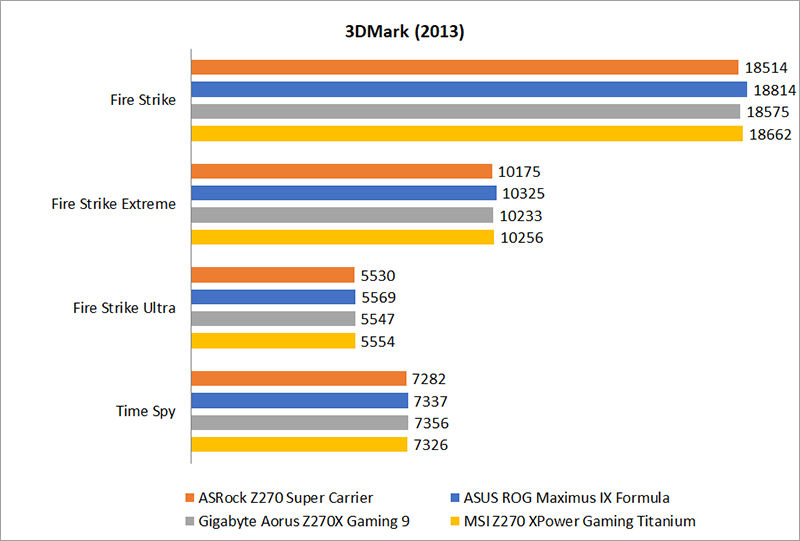 Gaming performance is turning out to be the ASUS' motherboard strong suit, and it once again edged ahead of all its competitors in both the GPU- and CPU-focused benchmarks in Ashes of the Singularity. Still, the difference was small as in all our other tests, and we can probably say that benchmark performance is not going to be the deciding factor when choosing where to put your money. 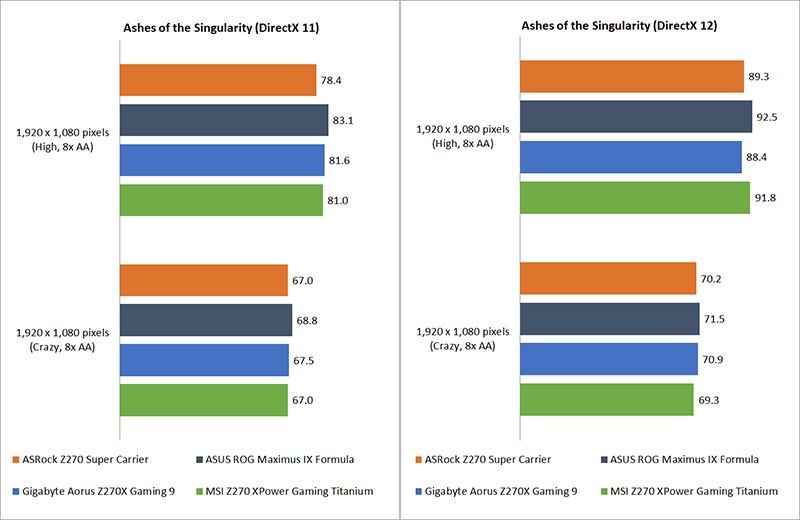 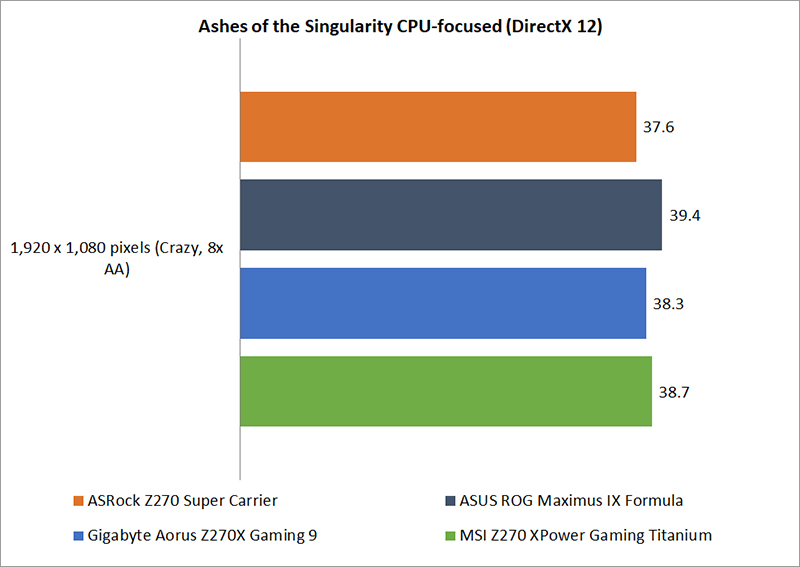