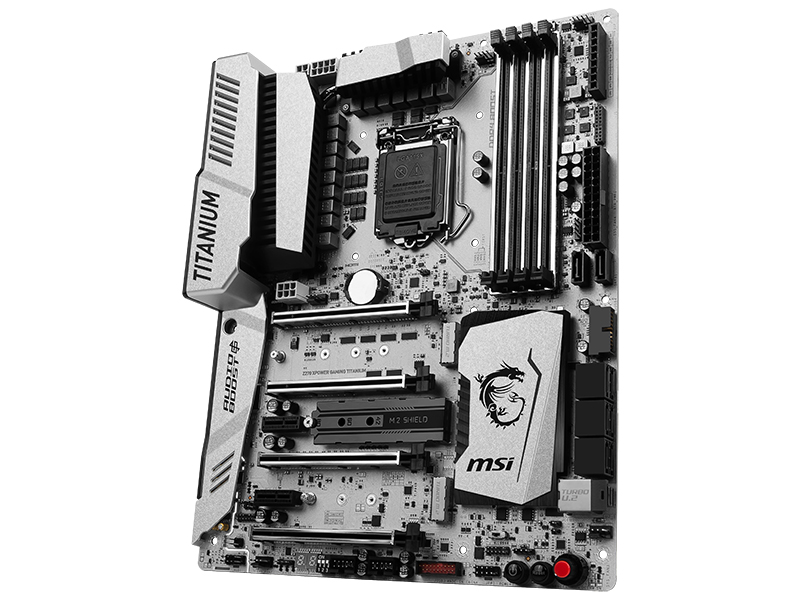 MSI’s Titanium series of motherboards have been quite a refreshing departure from the staid black of its competitors, and the Z270 XPower Gaming Titanium is no different.

It also retains the series’ traditional focus on overclocking and comes with dual BIOS and a dedicated OC Dashboard panel with useful hardware buttons for adjusting the BCLK or CPU clock ratio that you can mount on the motherboard or outside your case. You can plug the panel directly onto the board, or connect it via an extension cable. The board starts things off with a 16-phase power design, with 10 phases dedicated to the CPU alone. As it turns out, this was the only board here that matched the ASUS ROG Maximus IX Formula in terms of overclocking prowess. 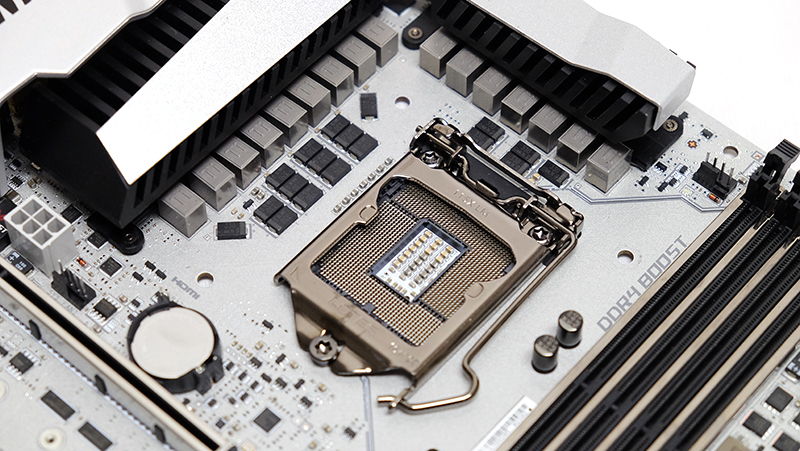 For those chasing after extreme overclocks, there’s an additional 4-pin CPU header to supplement the power supplied by the standard 8-pin header. They can also avail themselves of voltage readout points at the top right for closer monitoring. 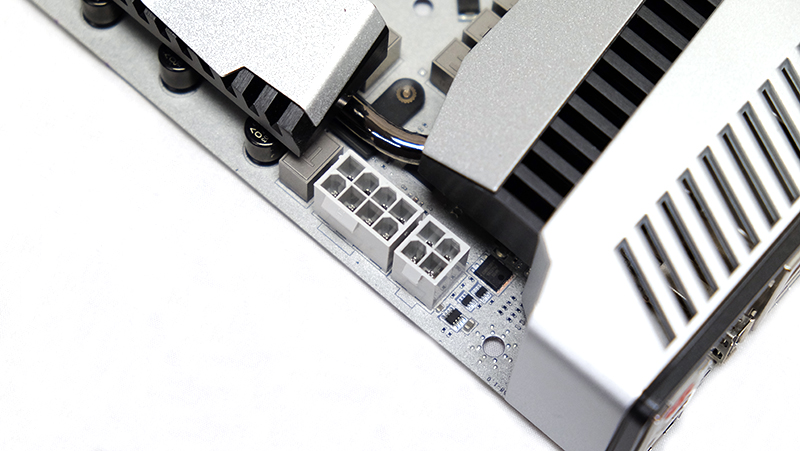 There's also an OC Retry connector at the bottom left, which can be connected to a button and used to set the system to keep retrying OC settings until it boots up successfully. This serves the same purpose as the ReTry button on the ASUS ROG Maximus IX Formula, but it's less convenient because you'll need an external button.

Another useful feature is the PCIe CeaseFire switch. This allows you to easily disable select GPUs without having to remove them by disabling the corresponding PCIe slot. The casual user won't have much use for this, but enthusiasts running multiple cards will appreciate the added convenience, especially if the card in question happens to be liquid-cooled. 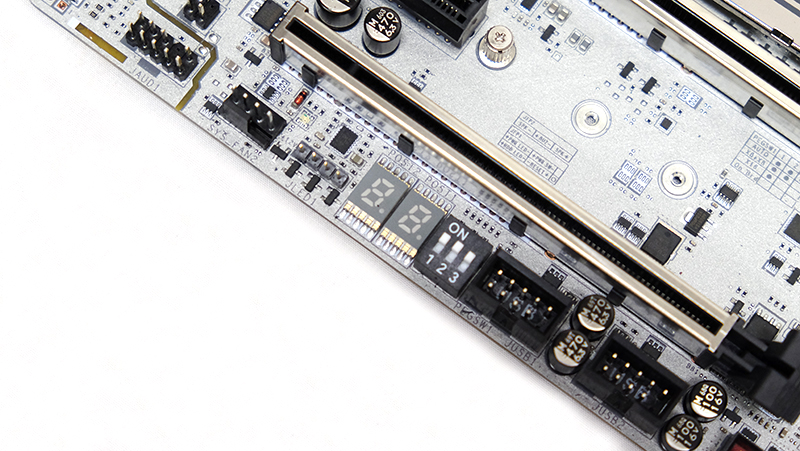 Storage connectivity hasn’t been neglected, and the board boasts a good mix comprising eight SATA 6Gbps (six from the Z270 chipset, two from ASMedia ASM1061 controller), three M.2 sockets (both PCIe and SATA supported), and a single U.2 port. There are no SATA Express ports, but you’re not likely to miss them.

One of the M.2 sockets also comes with something MSI calls M.2 Shield, a new insulating shielding that aims to prevent M.2 drives from overheating. This is located between the second and third PCIe slots, so the drive will remain accessible even with two cards installed. 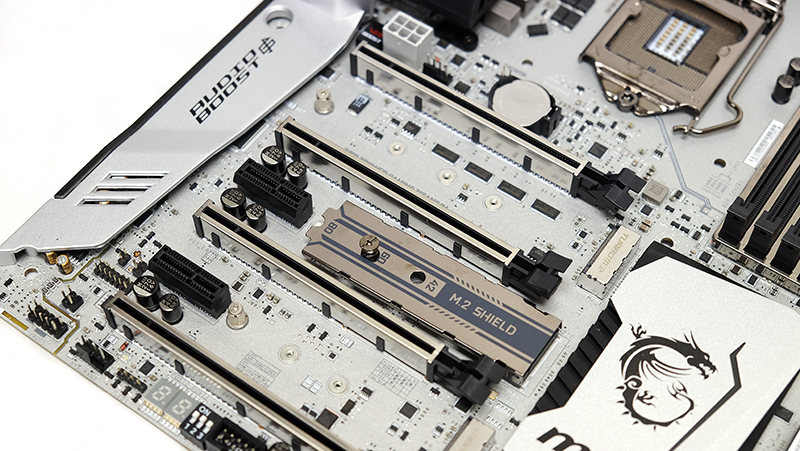 You’ll find a total of four PCIe 3.0 x16 slots here, but there’s only support for up to 2-way SLI and 4-way CrossFire. That said, we had some issues installing a GPU into the first slot when a large cooler like the Cooler Master MasterAir Maker 8 was installed, so you’ll probably want to double check the measurements before going for a high-end air cooler.

All the PCIe 3.0 x16 slots, M.2 sockets, and RAM slots have been reinforced with metal, a nice touch that does as much for the aesthetics of the board as it does for its durability. And like many of the recent MSI boards we've seen, the XPower Gaming Titanium also comes with DDR4 Boost, which according to MSI means optimized traces and an isolated memory circuitry for higher RAM overclocks.

There are dual Gigabit LAN ports round the back that support teaming, and they're powered by Intel I219-V and I211-AT controllers. Unfortunately, there's no support for Wi-Fi or Bluetooth here, which seems to be quite a glaring omission considering its S$639 price tag.

A handy Game Boost knob is located at the bottom right, and it allows you to increase the CPU clock speeds without having to enter the BIOS. Serious overclockers will likely want to do things manually, but it’s still a nifty way to get a quick and convenient overclock.

The knob has eight steps spanning the range from 0 to 11 (it can go as high as 5.20GHz when cranked to 11 on the Intel Core i7-7700K), and it will boost the clock speeds on Intel K-series chips and automatically adjust the voltage. However, you mostly won't be able to do this on-the-fly, and will have to power off the PC before setting the knob. 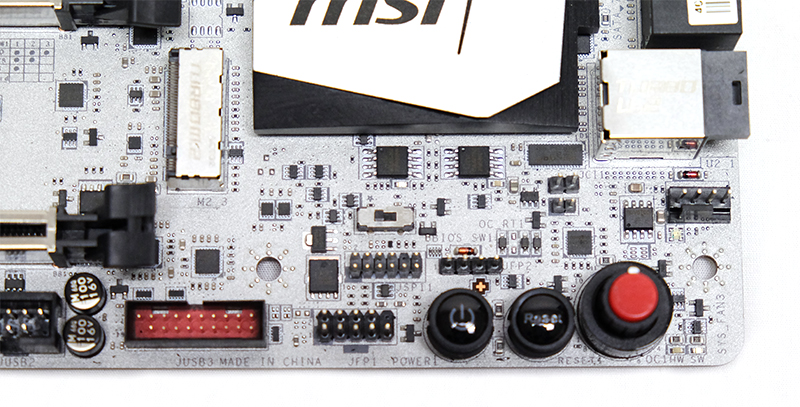 Yet another unique, albeit slightly gimmicky, add-on are the so-called VR-Ready USB 3.1 (Gen 1) ports on the rear. The board has something MSI calls a VR accelerator chip, and it supposedly ensures stronger and cleaner signals to the USB ports in question compared to regular USB ports. MSI says this helps with performance, but it probably won't make much of a difference in practice. 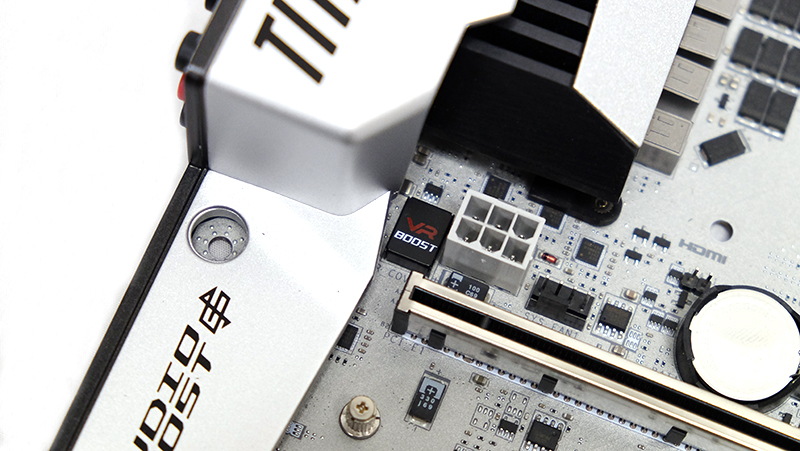 However, if you're looking for plenty of LED customization options, this is where the Titanium board bucks the trend. There's no onboard LEDs, although you do get a dedicated 4-pin header for third-party RGB LED strips.