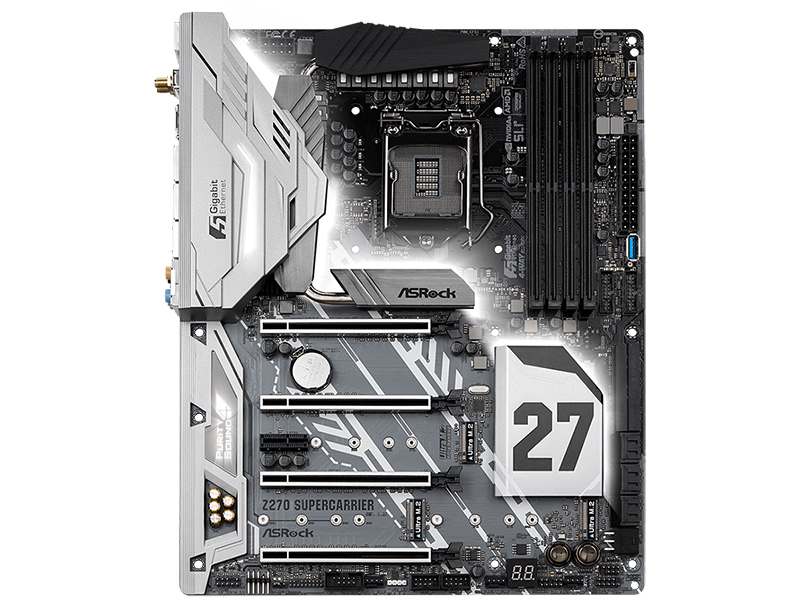 ASRock’s SuperCarrier motherboard is perhaps a too-literal interpretation of the term “flagship”, but we mean that in a good way. It is packed with nearly every imaginable feature and then some, but it does so at a very competitive S$629 price tag that will give its rivals a serious run for their money.

It looks attractive as well, with good-sized aluminum alloy heat sinks, a matte black PCB, and a stylized print of the runway of an aircraft carrier running across the board. Speaking of the heat sinks though, you'll want to be careful of them as they're extremely sharp, and we cut ourselves a few times while installing the CPU and air cooler. 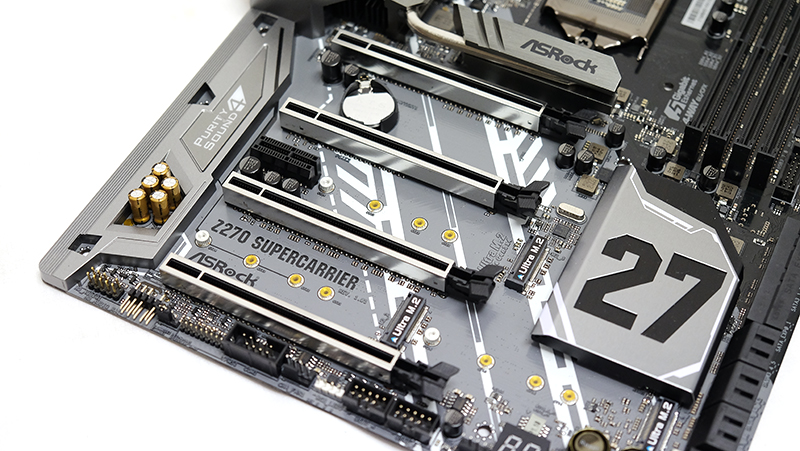 It also boasts a ton of storage and connectivity options, including 10 SATA 6Gbps ports, three M.2 sockets (both PCIe and SATA supported), and Wi-Fi connectivity. Of the 10 SATA 6Gbps ports, only six are provided natively through the chipset, while the other four are courtesy of the third-party ASMedia ASM1061 controller. As a result, you'll want to double check the motherboard manual to ensure you install your boot drive in one of the ports derived from the chipset for the best performance. 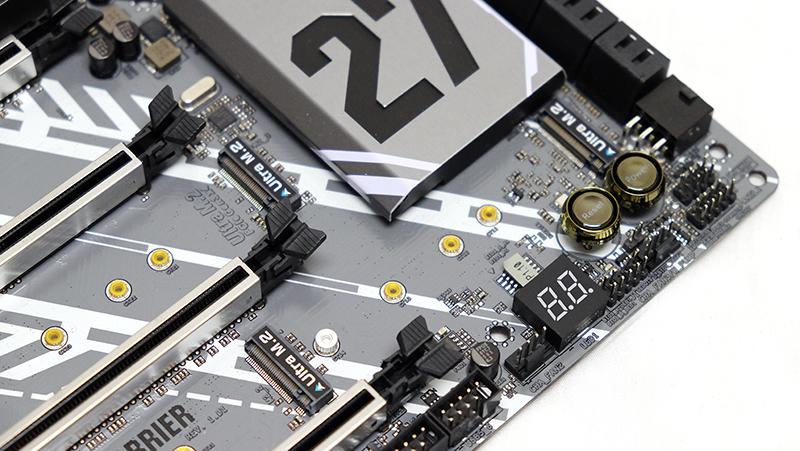 On top of that, you get two SATA Express 10Gbps ports, but these will also likely see limited usage. There are no U.2 ports, but there aren’t many drives that use them anyway, and you can add some via M.2 adapter cards if you really need the interface.

ASRock has even thrown in not one, but two 40Gbps Thunderbolt 3 ports, so you’ll be able to take advantage of the latest devices that support the standard. This also gives you additional display output options, and you'll be able to daisy-chain up to six compatible devices. However, there may be a small downside to this approach. Both USB-C ports are actually linked to the same Thunderbolt 3 controller, and this means that there are no USB 3.1 (Gen 2) Type-A ports on the rear I/O at all. USB Type-A devices are arguably still more common, and this absence means that products that support USB 3.1 (Gen 2) but use a Type-A connector will be less able to avail themselves of their full speeds.

Nevertheless, there are other USB Type-A ports, in the form of four USB 3.1 (Gen 1) and two USB 2.0 ports (black). Another standout feature is the use of the Aquantia AQC108 5Gbps network controller which supports up to five times the throughput of regular Ethernet ports. On top of that, you get dual Gigabit Ethernet ports –powered by Intel I219-V and I211-AT controllers – that support teaming, so this is one of the most fully-featured boards when it comes to network connectivity. But once again, this looks like a bit of an overkill. Like the inclusion of the PLX PEX 8747 chip and support for 4-way SLI, these are nice to look at on paper, but few users will even come close to being able to take full advantage of them.

In addition, it has four metal-reinforced PCIe 3.0 x16 slots and support for up to 4-way SLI/Crossfire, courtesy of a PLX PEX 8747 PCIe lane switcher. This is a feature usually found on more premium motherboards, and the Gigabyte Aorus Z270X Gaming 9 is the only other board here to have it, and it costs a good S$200 more.

That said, we can’t help but wonder if this is a slightly unnecessary feature that just serves to drive costs up. Users gunning for the Z270 platform probably won’t be looking at 4-way setups, and NVIDIA has even limited SLI to just two cards on its Pascal GPUs. 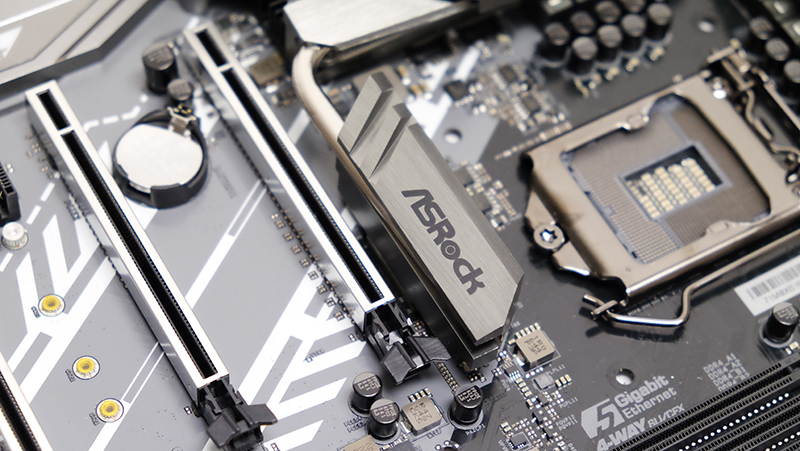 Furthermore, if you've already shelled out the money for four GPUs, you might as well get an upgrade to Intel X99 and a 40 PCIe-lane CPU, and avoid the latency issues that can come with the PEX 8747 chip.

There's Wi-Fi and Bluetooth 4.0 connectivity as well by way of an Intel Dual Band Wireless-AC 3160 controller, but this is quite a weak solution as it uses a basic 1x1 array which offers a maximum throughput of just 433Mb/s. This is actually one of the areas where ASRock has skimped on to keep costs down while packing on the features, and you also won't find extras like voltage meter checkpoints or dedicated overclocking buttons and switches as on the ASUS and MSI boards.

Nevertheless, it is equipped with a 14-phase (8+4+1+1) power design to appeal to overclockers and dual onboard BIOS to easily recover from failed overclocks. Eight of these phases are dedicated to the CPU Vcore, four are given to the iGPU, and the remainder are given over to the memory. This is less elaborate than the implementations on some of the other boards as the board doesn't actually have eight true phases for the CPU, and the final specification is achieved using phase doublers. 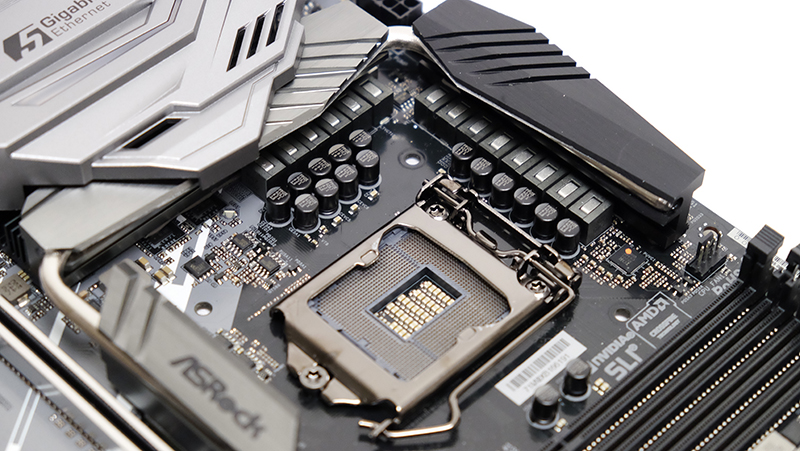 In addition, you'll be able to power audiophile-grade headphones with impedance up to 600ohm directly from the front panel. This is thanks to the TI NE5532 headset amplifier on board, which you'll find paired with a Realtek ALC1220 audio codec and features like left/right audio channel separation via individual PCB layers.

And of course, there’s the onboard RGB lighting, which takes the form of three discrete zones and a dedicated RGB lighting strip header that will allow you to add a dash of pizzazz to your build.

They didn't name this board a SuperCarrier for nothing.