We measured the temperatures of the VRM and PCH heatsinks after running 40 loops of the 3DMark Fire Strike Stress Test. The ASUS motherboard posted a strong performance here as well, and it was among the coolest boards for both the VRM and PCH measurements. The I/O shroud also happens to house a large aluminum heatsink, so that could account for the lower VRM temperatures as well. 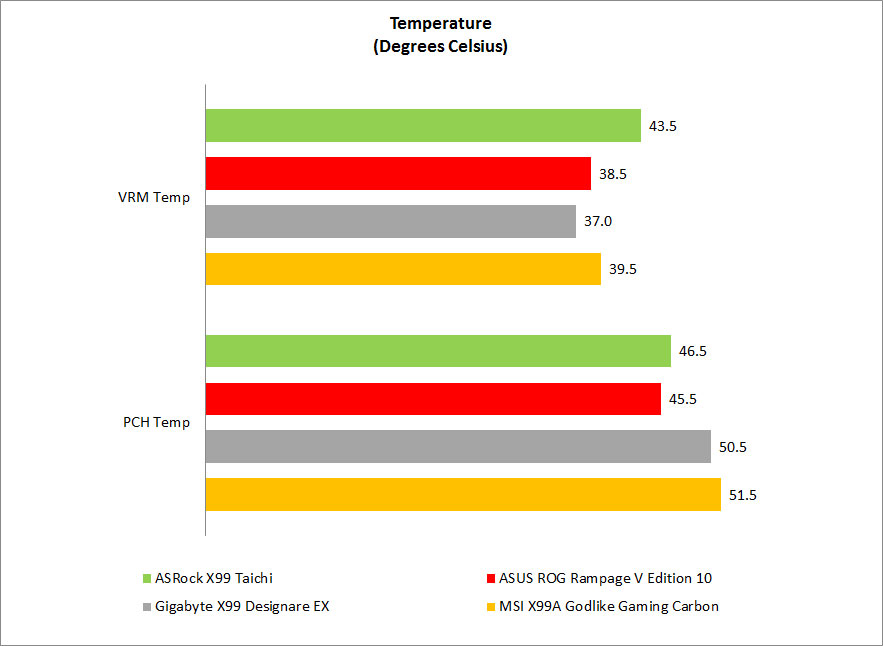 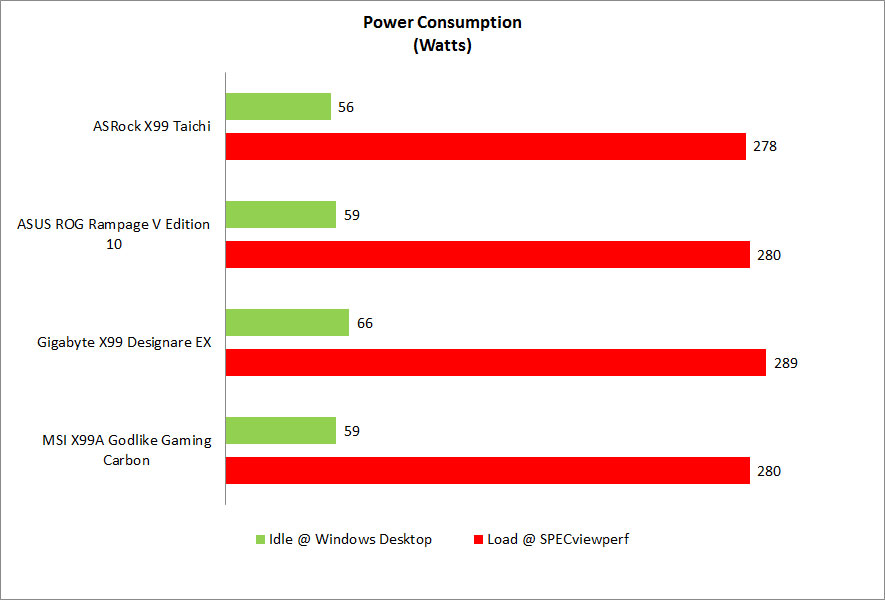 But changing the BCLK values also overclocks the RAM, so we throttled its speed accordingly to maintain system stability. The table below shows the clock speeds we achieved, along with the CPU vCore, multiplier, and RAM frequencies. We've also included the respective BIOS versions of the boards for those who are keen to know such details.

Most of the boards managed to achieve impressive – and again relatively similar – overclocking numbers. Still, the ASUS board inched ahead by a small margin in an extremely competitive field as seen in the below graph. The ASRock X99 Taichi unfortunately lagged behind here, posting only a 13 per cent gain compared to the 25 to 27 per cent improvement achieved by the other boards.

One interesting thing to note is that despite posting the strongest results and the largest percentage jump from stock speeds of 27 per cent, the ASUS motherboard did not actually hit the highest clock speeds. That said, we’d take actual performance over raw numbers any day, and that ASUS did deliver. 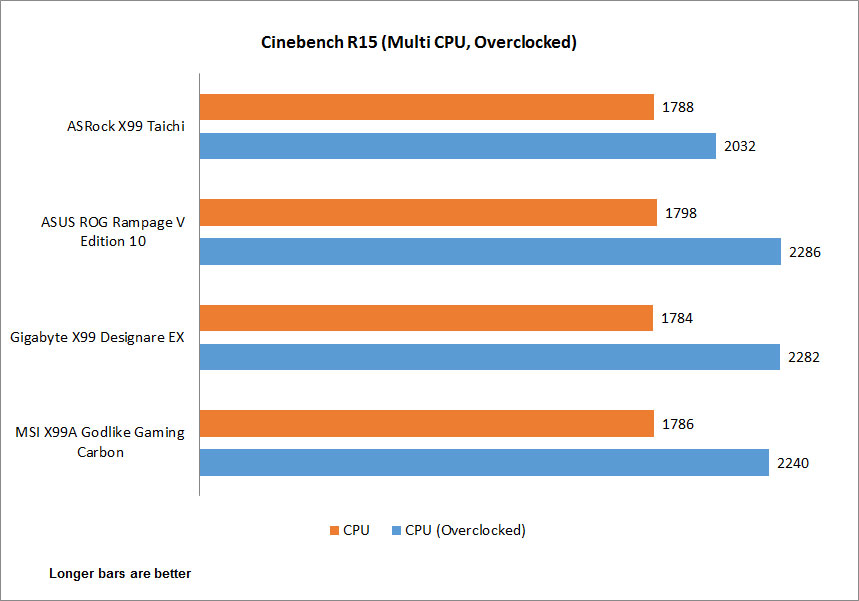