Unsurprisingly, there were minimal differences between the systems as the only variable was the boards themselves. That said, the MSI X99 Godlike Gaming Carbon scored a narrow win overall here, thanks to it taking the lead in the Media Creation and Data/Financial Analysis segments. 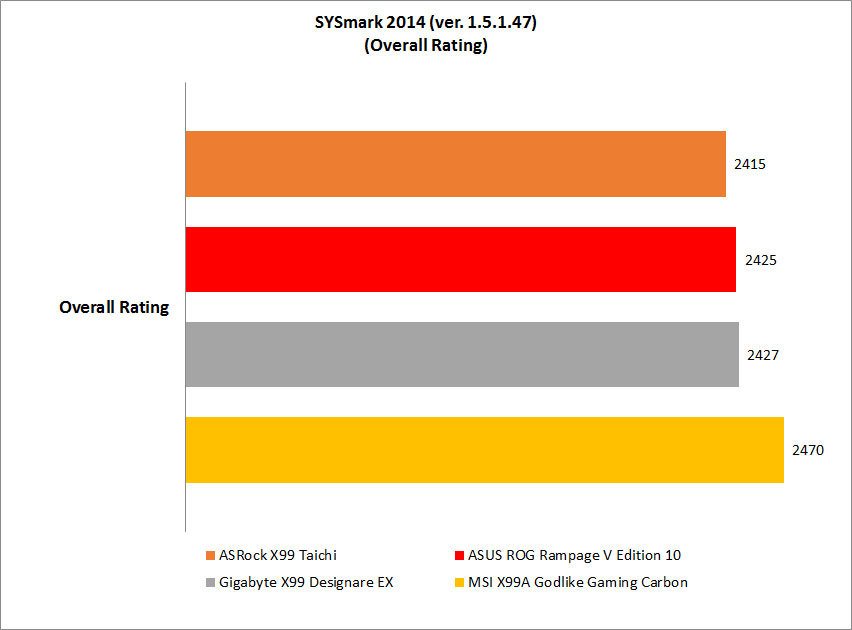 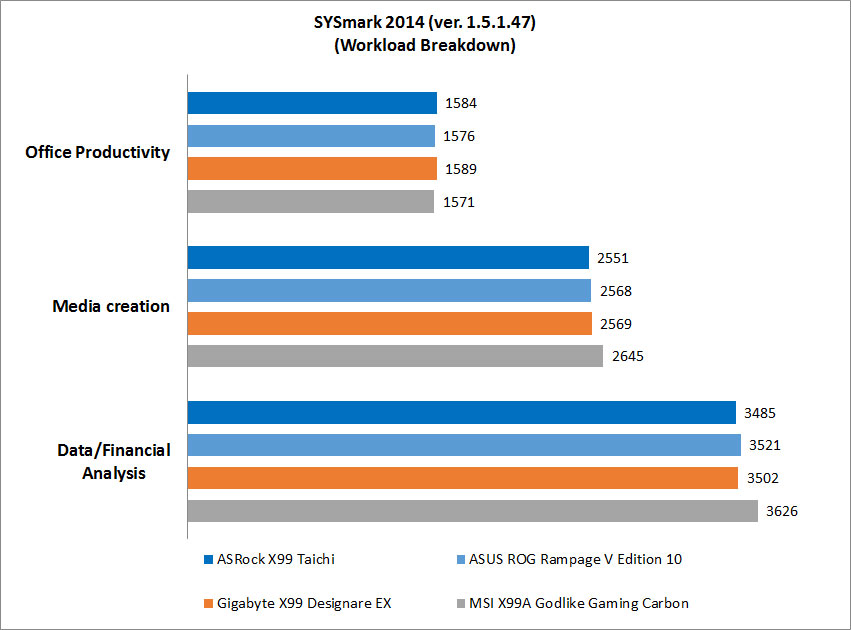 Cinebench is a benchmark tool used to compare CPU performance across different systems, so we’ll be using it to evaluate how well our Intel Core i7-6950X plays with the different motherboards. The test scenario uses all of the system’s processing power to render a photorealistic 3D scene, making use of various algorithms to stress all available processor cores.

Once again, all the boards performed extremely close to each other, but the ASUS ROG Rampage V Edition 10 still managed to eek out a small lead. 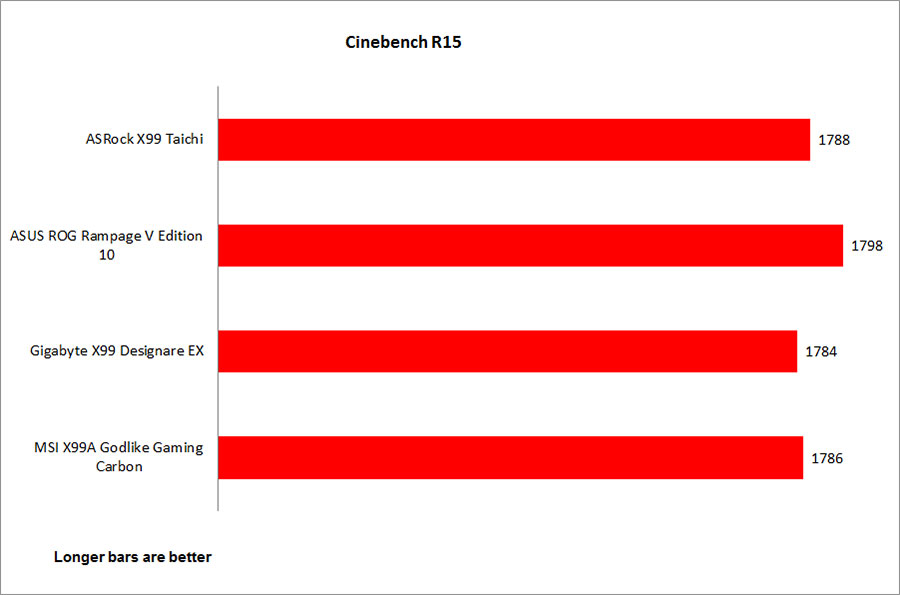 SPECviewperf actually runs a total of eight different viewsets, but we’ve picked just three to display here. The maya-04 viewset is derived from Autodesk’s Maya 2013 application. Lightwave-01 from PTC is no longer tested – instead, it’s been replaced by creo-01, also from PTC. We also included the new energy-01 viewset, which puts the board through some professional volume rendering applications.

The results were also remarkably close here, with there being less than a point of difference in most cases. These are top-tier boards we’re talking about here, so we fully expect them to be closely matched. 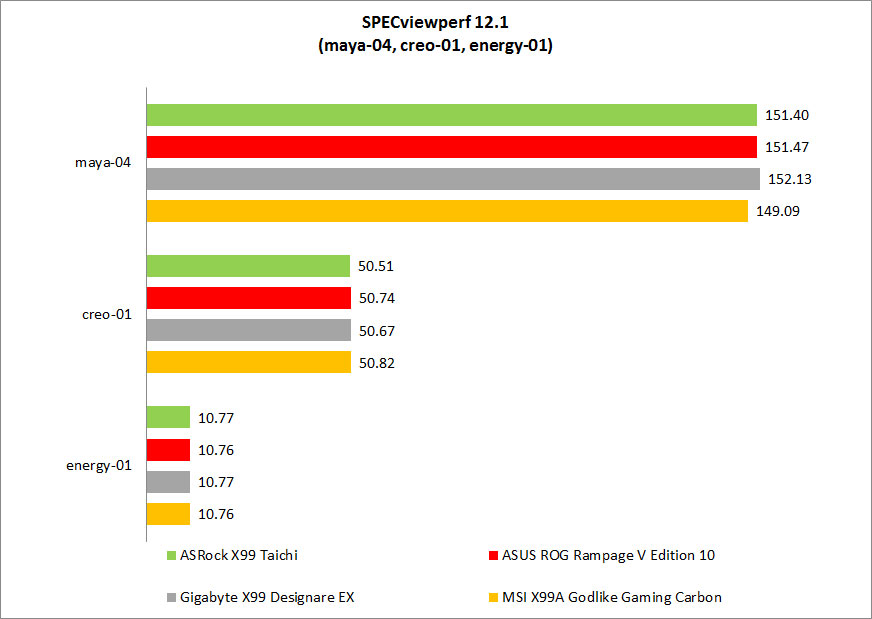 It was also difficult to tease out any significant differences in performance here. However, the Gigabyte board did fall behind its rivals in the Fire Strike test, although it caught up in the more demanding Extreme and Ultra benchmarks. 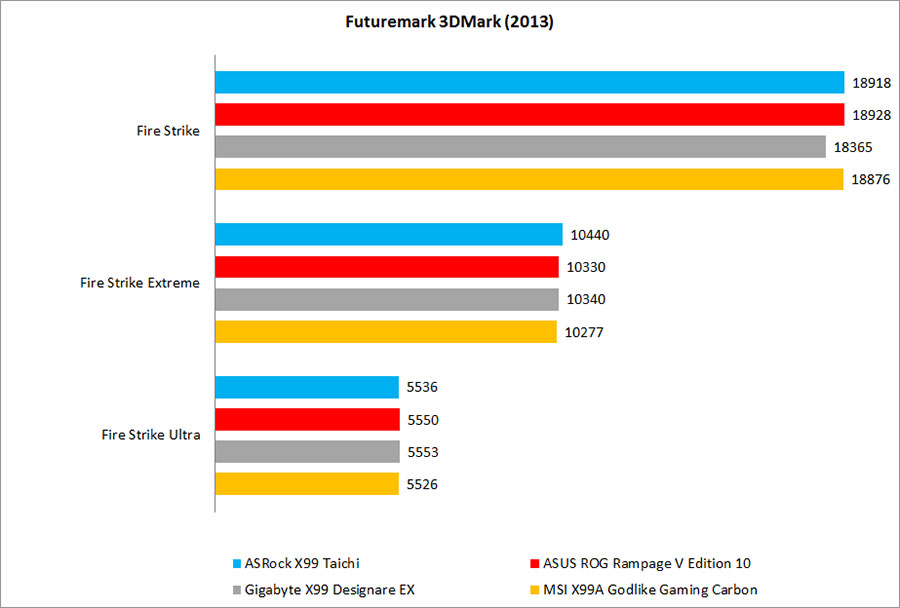 All the boards turned out a very similar performance here, with just minuscule frame rate differences across the board. Clearly, gaming performance is not going to be a key factor in teasing out a winner here, and other features like board layout and overclocking performance matter far more. 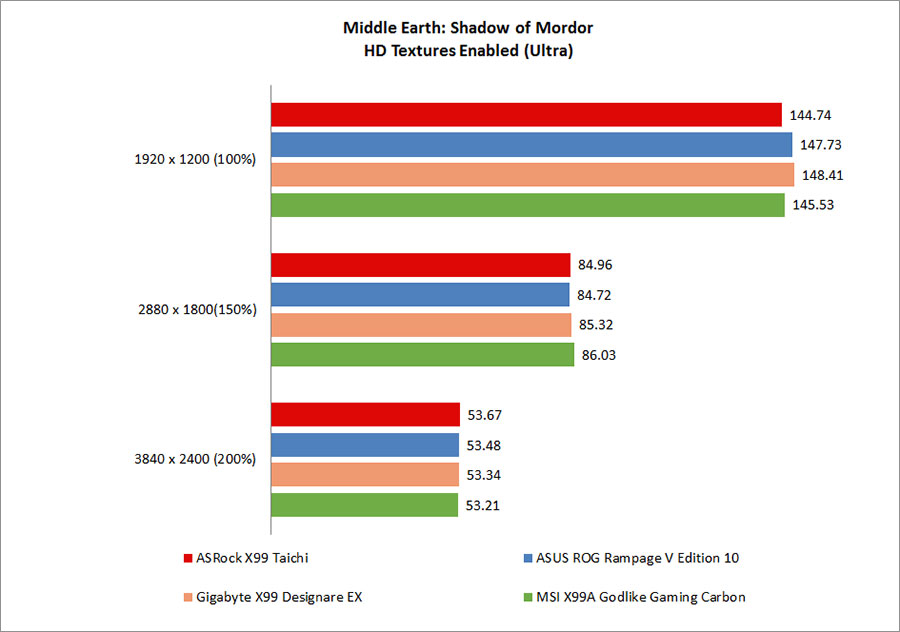