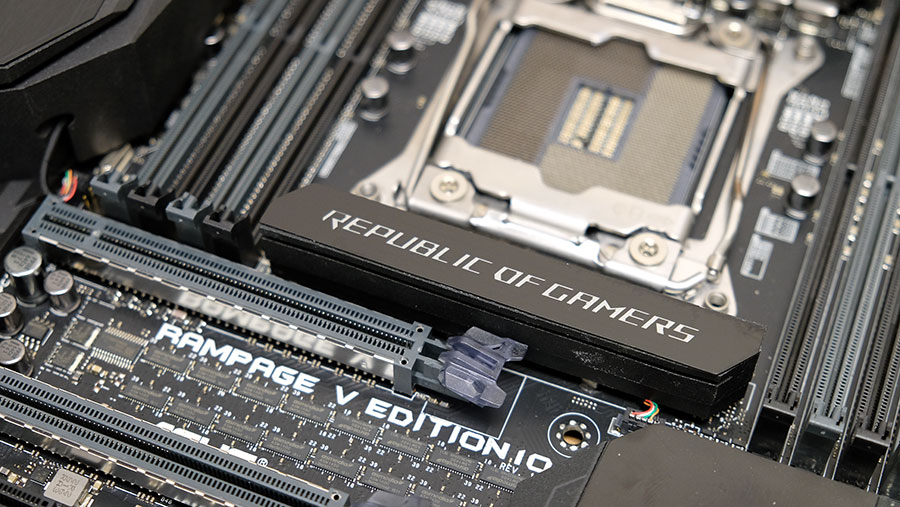 Stratospheric pricing, and a ton of features

Intel’s X99 chipset is the go-to platform for the most demanding enthusiasts who require a ton of CPU performance. While certain LGA 2011-v3 socket CPUs – the Intel Core i7-5820K versus the Core i7-7700K for instance – may not always be the best pick if all you’re going to be doing is gaming, the platform still puts a level of CPU performance out of reach of the more mainstream LGA 1151 chips in your hands.

Of course, this is also the platform you’ll need to take advantage of Intel’s crazy new 10-core Core i7-6950X (3.0GHz, 25MB cache), so there’s really no other option at this point in time if you want to go for unrivaled CPU performance.

And that’s exactly what we’re focusing on here – the best performance that money can buy. We’ve done shootouts amongst more mainstream Intel Z170 boards before (see here and here), but this time we’re pulling all the stops out and focusing on the upper echelons of an already pricey chipset.

The motherboards reviewed here (we’ve contenders from ASRock, ASUS, Gigabyte, and MSI), are all top-tier models for their respective brands, and come crammed with the usual assortment of overclocking features, audiophile-grade onboard audio solutions, dazzling RGB illumination.

Most of these boards were released in response to Intel’s release of its new Broadwell-E chips, the better to entice enthusiasts to upgrade. But because they are still based on the two-year-old Intel X99 chipset, board manufacturers have had to do more to stand out, which explains the renewed focus on aesthetics and design we’re seeing here.

In short, if you’ve decided to go all out, these motherboards definitely deserve to be on your shortlist. After all, when you’ve dropped a small fortune on one of the new Broadwell-E chips, perhaps even enough to buy you a cheap PC all on its own, you don’t want to skimp on the thing that’s going to house and bring that CPU to life, do you?