Let me explain. This might take a while, but we’ll get there, I promise.

So I’ve been hearing about the all-new software-first, developer-centric mantra since Pat Gelsinger took over the reins as Intel CEO, but what exactly is it? How does software-first really benefit a hardware silicon company? What has software to do with Intel’s seeming inability to move on to a 7nm process technology while the competition has succeeded in shrinking down to 5nm?

I’ve talked to Steve Long, Intel’s Asia Pacific VP in the past, but it turns out, I would have to take a trip down to Grapevine, Texas for Intel Vision 2022 (our first in-person overseas conference post-Covid for HardwareZone!) to finally connect those dots. Now, this isn't to say it was all software, with no hardware announcements at Intel Vision 2022.

On the contrary, Intel dazzled the crowd with quite a few of their upcoming silicon products, chief of which being the 12th Gen Intel Core HX mobile CPU. We’ve already extensively covered Alder Lake, and have really good things to say about the desktop counterpart, so you can see that we are quite stoked about the new HX mobile variant. 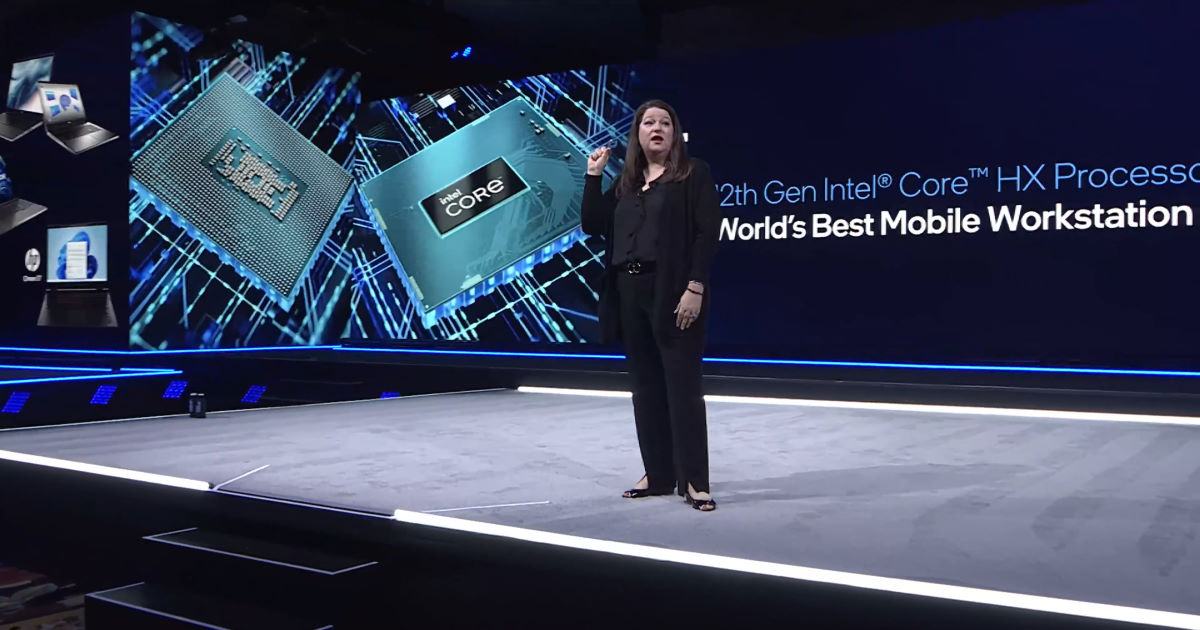 We also saw many enterprise announcements such as the Sapphire Rapids 4th Gen Xeon Scalable CPU (based on the Alder Lake architecture), Habana Lab’s Gaudi2 AI training processor, which boasts 2X throughput compared with NVIDIA’s current A100 Tensor GPU, and the Arctic Sound-M Data Center GPU, billed as the first discrete GPU with a hardware AV1 encoder (though technically, Intel's mobile Arc GPUs were the first to feature it).

All about the SaaS

However, the key messaging throughout Intel Vision has been SaaS, Software as a Service. And that is what Intel’s developer-centric approach is all about, not a pivot away from hardware to software, but a renewed focus on building open-platform software services along with their hardware to better customise and develop solutions that their customers need. Basically, rather than just selling customers some chips and calling it a day, Intel now wants to build fully flexible software-defined platforms using SaaS along with their chips. 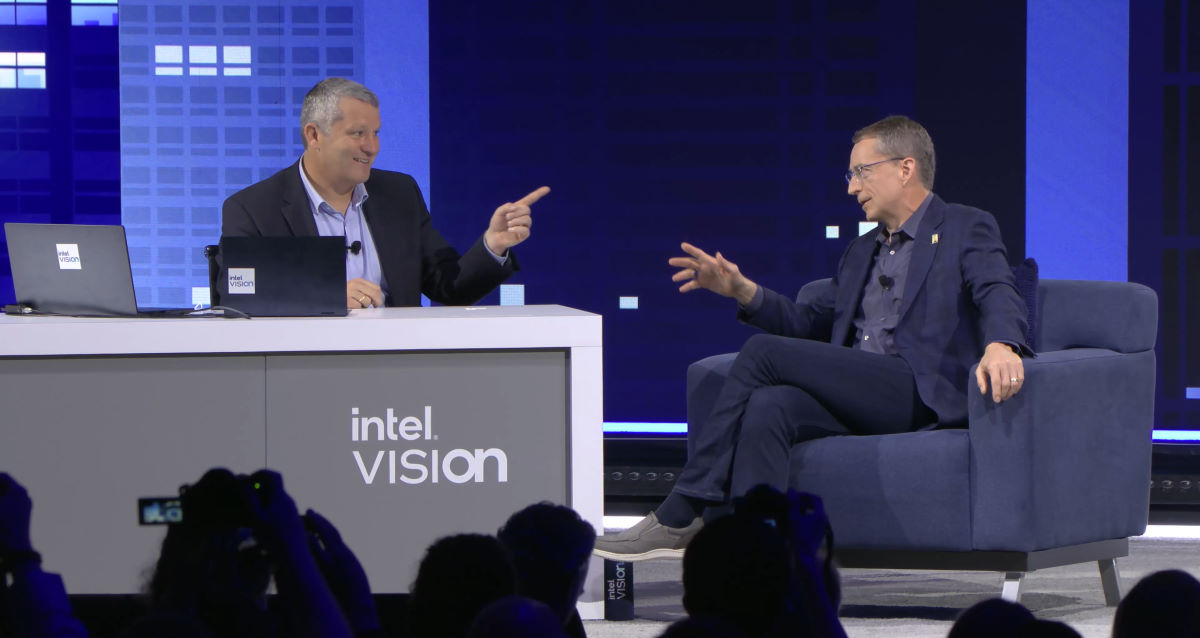 Christoph Schell, Intel’s new Chief Commercial Officer said while hosting the Day 1 keynote, that he was surprised that Intel, as a chip company, has over 17,000 software engineers, to which CEO Pat Gelsinger joked that is more (engineers) than he had while running a software company (Gelsinger was previously CEO of VMware). Intel CTO Greg Lavender, was quoted to say that, "software is the glue that really connects the soul of the hardware".

The upside of having a "software-defined platform" for Intel customers is that they are able to use existing general purpose hardware, and then configure or upgrade its capabilities through software. Since the Intel Vision is a B2B, customer-centric conference, it was a great place to see this approach in action, through customer stories. 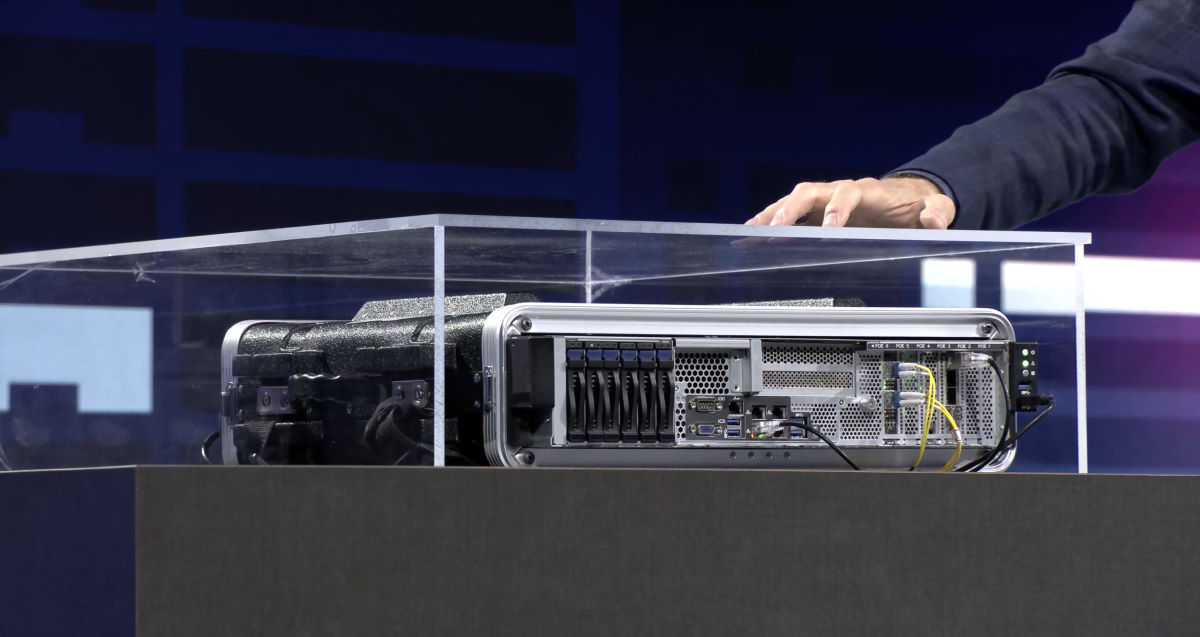 For example, Pegatron, a Taiwanese company was able to design a portable, mobile 5G base station using Intel Xeon platform and Intel FlexRAN software. Imagine being able to upgrade the capabilities of the base station from 5G to 6G in the future, without needing a complete overhaul of hardware infrastructure.

I also saw a smart farming solution, a collaboration between Blue White Robotics, Federated Wireless. Basically, they were able to deploy a private wireless network running on an Intel Smart Edge platform, supposedly in under three days, connecting a range of IoT sensors and trackers across a vineyard’s 2.1 square mile (~3.4 square km) radius, allowing an autonomous tractor to perform multiple tasks such as spraying and dusting crops with greater precision. Sandra Rivera, EVP and GM of Intel’s Datacenter and AI Group shared a story of Salesforce, where software optimisations of workloads improved gen-on-gen throughputs by 53%, delivering better efficiency, improving CPU utilisation and performance-per-watt, shortened deployment times, and helped attain sustainability goals. Intel recently acquired Granulate, providing them with another powerful SaaS tool for customers to automate software optimisation. Granulate is said to be able to help improve software performance by up to 60% while costs by up to 30%, without any direct code changes. I wrote about Intel wanting to build open-platform solutions toward this software-first goal, and it seems like they’re walking the talk. Project Apollo is a partnership between Intel and Accenture to provide greater AI accessibility, starting with over 30 open source, pre-built AI reference kits. Even Project Endgame, Intel’s sort of distributed/cloud/metaverse platform portrays this idea of a “software-defined platform”. Raja Koduri, EVP of Accelerated Computing and Graphics Group, showcased an example of Endgame, where the laptop he was using was not powerful enough to run an Unreal Engine simulation. He then activated a software, which I assume is some form of peer-to-peer node that allowed the laptop to tap into a nearby gaming PC, to boost its performance. Check it out what I've captured from the event:-

Now, bear in mind that it’s unclear at this time how Endgame will eventually operate, but imagine a distributed-compute platform where software is used to harness compute power across different hardware platforms around us, from smartphones, to TVs, computers, and consoles alike, in order to boost a task other than crypto mining? That is a future I’d like to see.

There is no smartphone…

OK, remember the time when Intel tried really hard to make Atom-powered smartphones a thing? No? I don’t blame you. And that’s partially my point. When I said I believe Intel isn’t trying to make the next smartphone, but to BE the next smartphone, I am coming from the perspective of what a smartphone represents.

The smartphone evolved from a single-purpose communication device into Sauron’s One Ring to Rule Them All. Smartphones can even be attributed to the death or decline of many other devices, from MP3 players to digital compact cameras. The smartphone today is a camera, TV, music player, gaming console, productivity tool, digital wallet, bank, travel agent, map, health tracker, car key, bubble leveller… Its utility continues to increase by the day, and if you can name a functionality, there’s probably an app for it. Now does that sound familiar?

The smartphone is the perfect example of a software-driven platform where general-purpose hardware can be made to become anything its user requires. This is what Intel wants, no, needs to be. And with 17,000 software engineers, maybe they can. 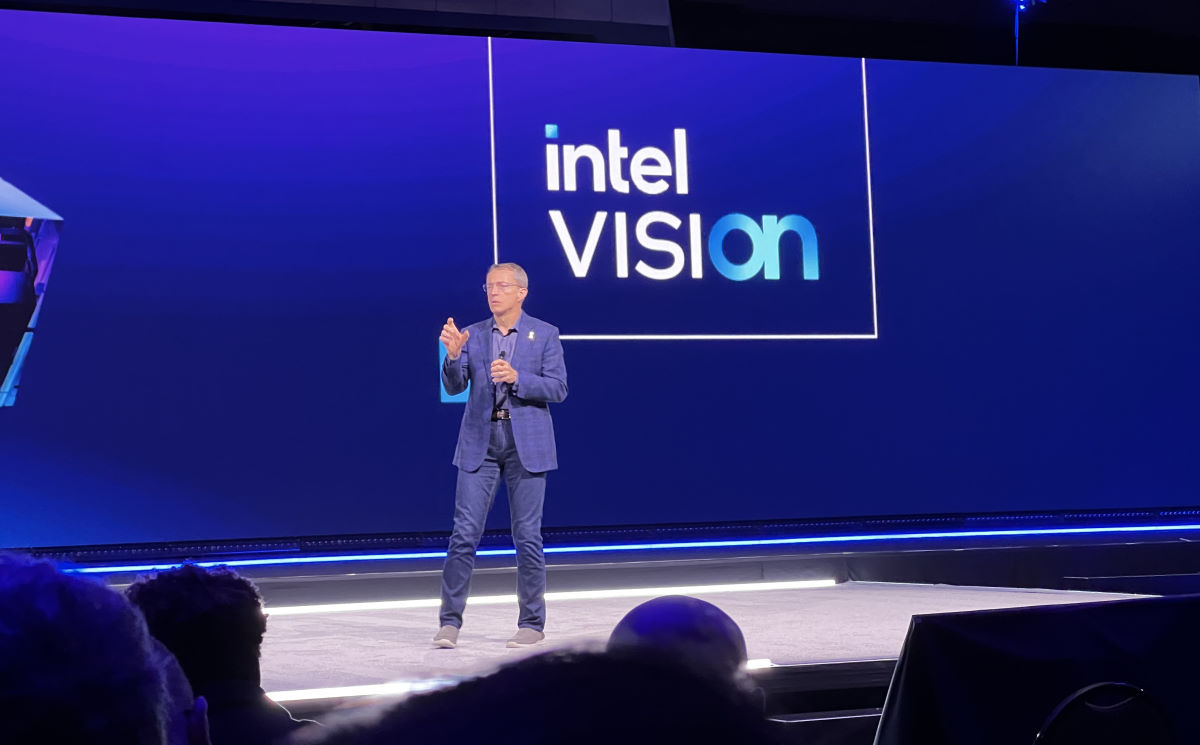