Intel Next Generation Wireless N - Updates on the Wireless Frontier

Of Kedron and Connect with Centrino

Over the past year, we've begun seeing strong movement and progress of the long awaited 802.11n wireless networking specifications – but has it been enough? Pre-N wireless equipment showed us the future potential of wireless networking and when the first draft of the 802.11n standard (IEEE 802.11n Draft 1.0 or commonly known as Draft N) was finalized, droves of 'Draft N' equipment from almost every major networking vendor appeared, promising performances 5-6 times that of traditional 802.11g and 2-3 times the coverage. However, thus far most wireless networking equipment based on Draft N have failed to be overly impressive. Early gear showed a remarkable tendency for inconsistencies in performance and range ("The N is Near" Draft-N router shootout - November 2006 issue of HWM), and then there is the thorny issue of weak interoperability and compatibility between Draft-N networking equipment. Most Draft N equipment are backward compatible with legacy 802.11b/g networks, but not inter-compatible with each other. While hardware and software improvements have been made since, these issues are still very prevalent in wireless equipment based on the Draft 1.0 standards, even today.

On the 23rd January 2007, Intel announced their next generation Centrino WLAN chipset for notebooks, codenamed 'Kedron', marking their entry into the high speed Draft N wireless race. Kedron was initially supposed to be part of 'Santa Rosa', Intel's upcoming Centrino mobile chipset that is not due to be launched for another quarter, but Intel has revealed that the new Wireless WiFi Link 4965AGN chipset will be available almost immediately with updated Centrino Duo (Napa Refresh) models. We should be seeing notebooks from major vendors like ASUS, Acer and Toshiba featuring this within the month. 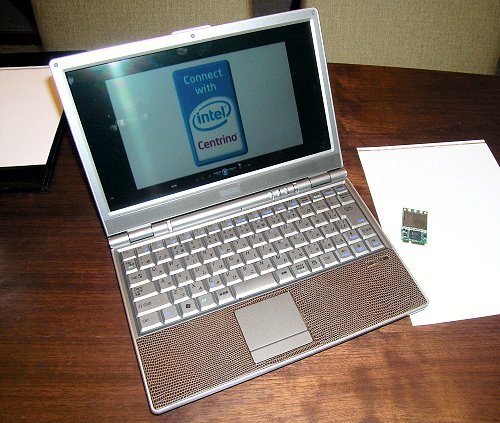 The Intel Wireless WiFi Link 4965AGN is a quad-band embedded PCIe Mini Card network adapter is an upgrade to the previous PRO/Wireless 3945ABG chipset and is compatible with all three legacy 802.11a/b/g networks as well as Draft N. The chipset can operate in both the 2.4GHz and 5GHz bands, supporting advanced wireless technologies such as MIMO, payload optimizations and channel bonding in the 5GHz band. It is also supposed to be future proofed and ready for the final IEEE 802.11n standard when it is ratified. 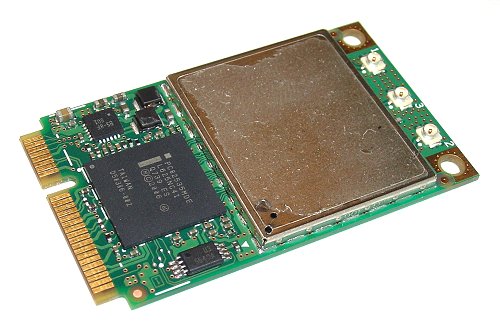 In conjunction with the Kedron launch, Intel also initiated a new Connect with Centrino program, which is aimed at securing compatibility and performance of the Wireless WiFi Link 4965AGN chipset with the various leading AP vendors out there. Asus, Belkin, Buffalo, D-Link and Netgear are the initial partners that have signed on and Intel has promised that additional vendors will be joining the program in time.

As one of the driving members of the WiFi Alliance (WFA), Intel's involvement carries some weight in the developments of the 802.11n standard, so it is of some interest to know why Intel chose to push forward the schedule for Kedron. Why now? Draft 1.0 has been out for around half a year and the IEEE is finally moving on the vote for Draft 2.0. Intel could have waited for final approval for Draft 2.0 and still be in time for the Santa Rosa launch. There is also currently no Draft N router or AP out there that operates 802.11n on the 5GHz band yet (discounting the recent CES 2007 announcements), which means that features like channel bonding will not be available yet even with Kedron equipped notebooks.

During a regional press conference held in Taipei on the 30th of January, we managed to have a brief chat with Michael Chen, the Director of Intel's Embedded Sales Group in the Asia Pacific region to find out what their plans and projections are for 802.11n, Kedron and the Connect with Centrino program. 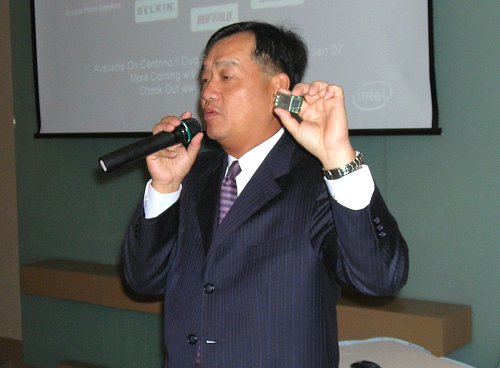