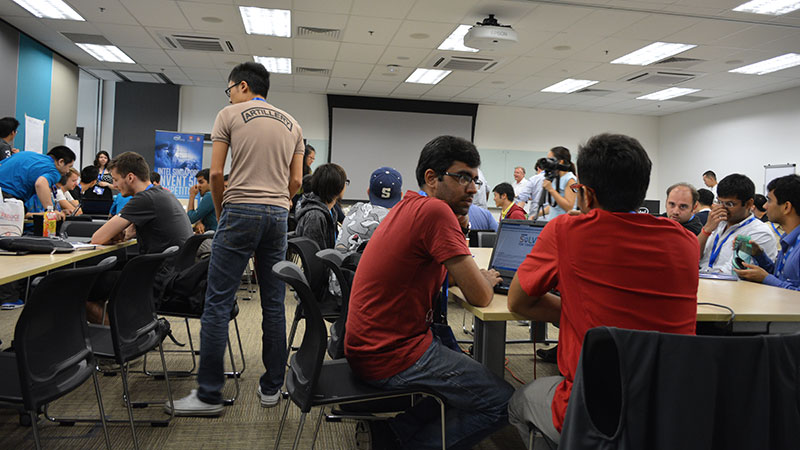 In commemoration of Singapore’s Golden Jubilee and the 50th anniversary of Moore’s Law, Intel organized Invent 50, a competition designed to encourage students from local universities and polytechnics to come up with innovative solutions to problems in everyday life.

The response to Invent 50 was overwhelmingly positive, with almost 150 applicants, far exceeding Intel's expectations. Who said our education system leaves no space for innovation and enterprise?

That wide field has now been sorted down to the most promising prospects, and on a weekend last month, Intel held a two-day boot camp for the top 18 finalists. We were there for a first-hand experience of the day’s events, which featured talks by Intel leaders, its partner in innovation Padang & Co, and experts from the Indian Institute of Science (IISc). 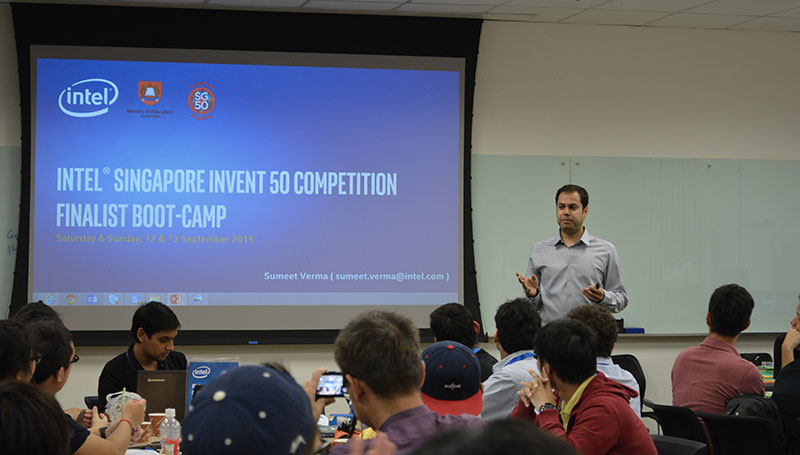 Invention is about far more than just the technical know-how to create a working product. It involves the passion and ability to identify societal problems, and an incisive ability to visualize a solution.

The two-day boot camp was designed to help the finalists think through their ideas, offer guidance for the entire discovery and ideation phase, and provide some hands-on time for participants to work through their ideas. As the torchbearer of the spirit of Moore’s Law and unceasing innovation and progress, it only seems fitting that Intel would be the one to provide budding inventors with the tools to bring their ideas to fruition.

Starting off the day was Sumeet Verma, Head, Higher Education and Entrepreneurship, South Asia, Intel, who spoke about the four key focus areas that Invent 50 was centered around – Smart Nation, Smart Home, Smart Mobility, and Smart Health. This paralleled the Singapore government’s own push to help Singapore advance as a Smart Nation, where technology and IT would improve productivity and help solve problems. 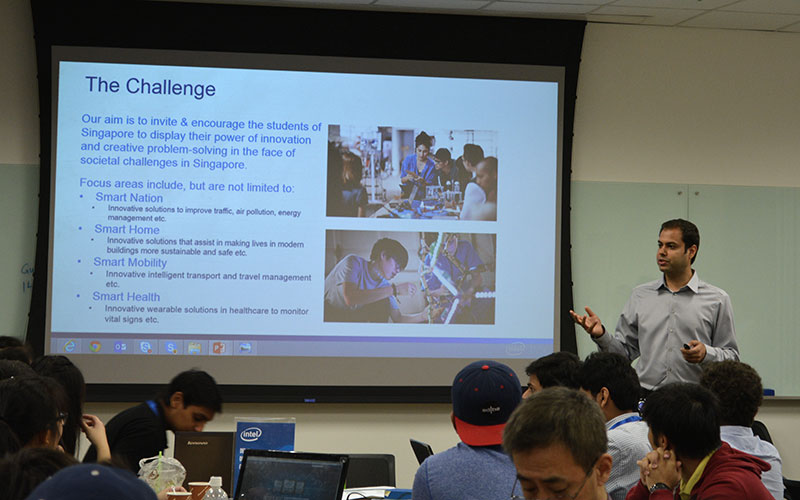 Next up was Anuj Dua, Director of Marketing, Intel Asia Pacific and Japan, who introduced the finalists to illustrious inventors whose inventions – despite sometimes unlikely beginnings – helped change the world.

There was King C. Gillette, whose contribution to the world was nothing so high-tech as semiconductors or transistors. Instead, it was the considerably low-brow safety razor, a particular version of which eventually spawned a multi-billion dollar company now owned by Proctor & Gamble. 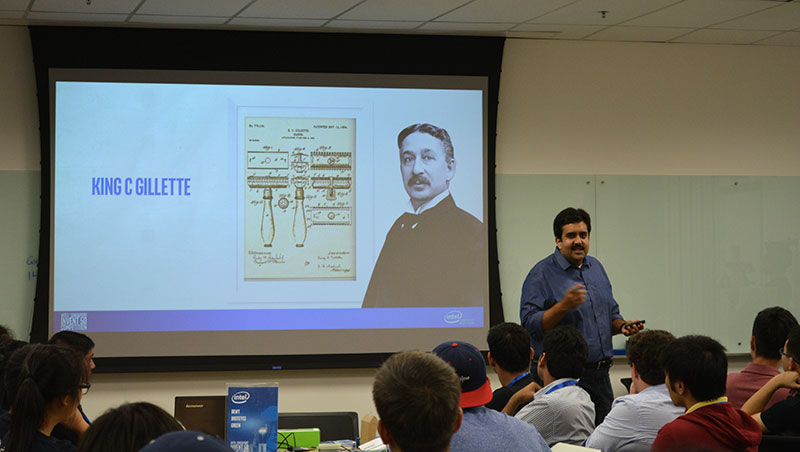 For someone a little more accessible to today’s world of high technology, Anuj cited Robert Noyce, a co-founder of Fairchild Semiconductor and Intel. Noyce was a pioneer in integrated circuit (IC) design, and when asked what he would do if he were Emperor of the US, Noyce reportedly said that he would prepare the next-generation to flourish in a high-tech age. And from what we’d seen so far, we couldn’t help but feel that that was just what Intel was doing. 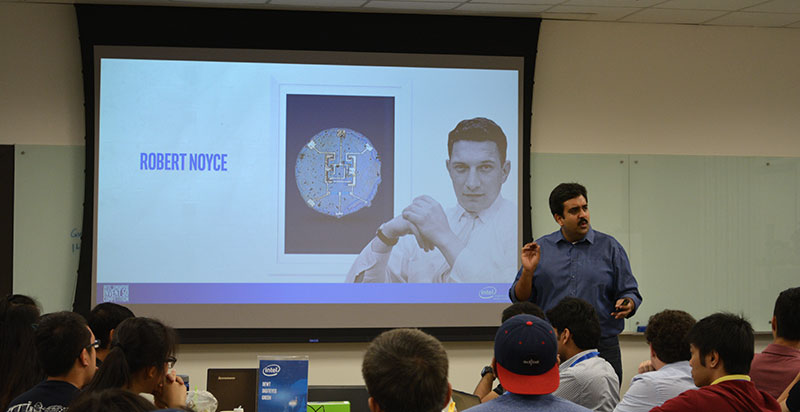 Anuj then talked about Moore’s Law, which states that the number of transistors on ICs would double every two years. And with the steady shrinking of manufacturing process nodes over the years, Anuj upheld Intel as being responsible for setting the pace of innovation over the past half a century. 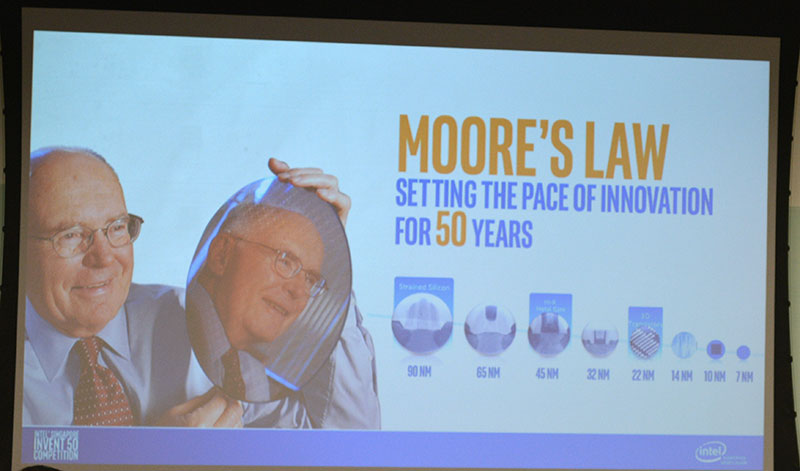 He also fielded a query from team SmartTrans (one of the finalist teams involved in the boot camp), which posed a fairly pertinent question: What happens after 7nm? Anuj responded with a tantalizingly open-ended answer. Since it was impossible to shrink chips indefinitely, the next big leap in computing architectures would be left up to the next generation of inventors to define, an unmistakeable shoutout to the roomful of young minds.

Indeed, there were plenty of calls to action to kickstart changes with new ideas and inventions. 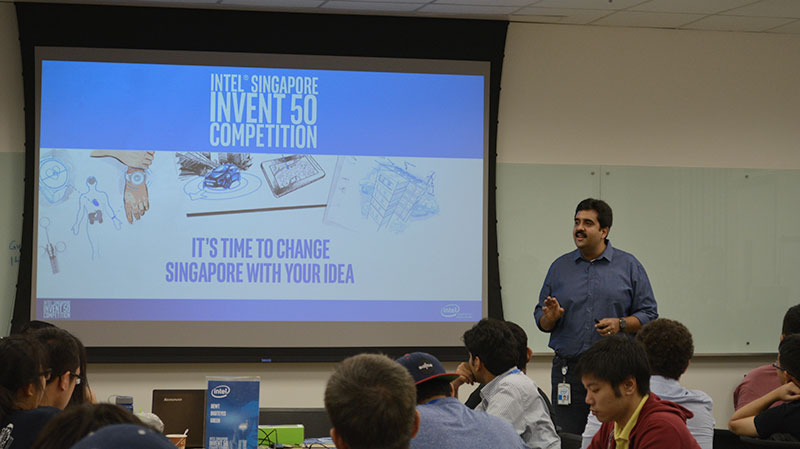 There were even lofty motivational quotes thrown in, such as the following: 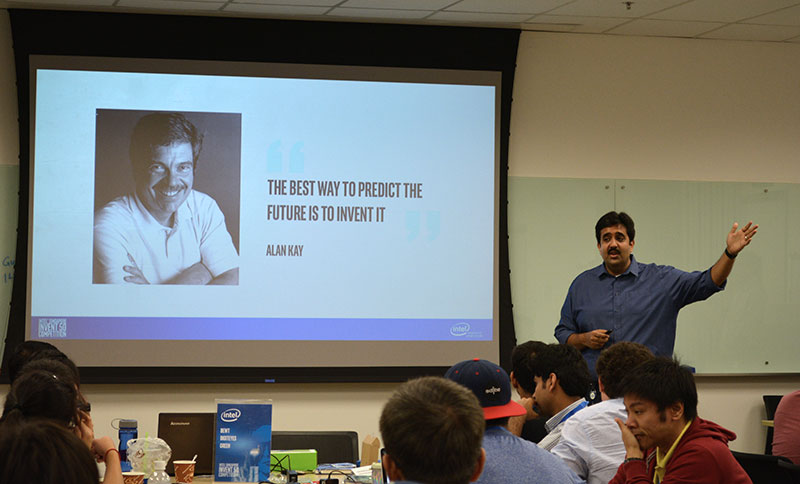