Our last H55 motherboard today, the MSI H55M-ED55 is the most expensive of the lot, with a MSRP of US$130. It however manages to provide quite the feature set, and perhaps will convince users to splurge more for these additional features. Similar to its recent motherboard designs, this H55 board uses a lot of dark colors and the distinctive logos all round the board indicate the features unique to MSI, like DrMOS and OC Genie. 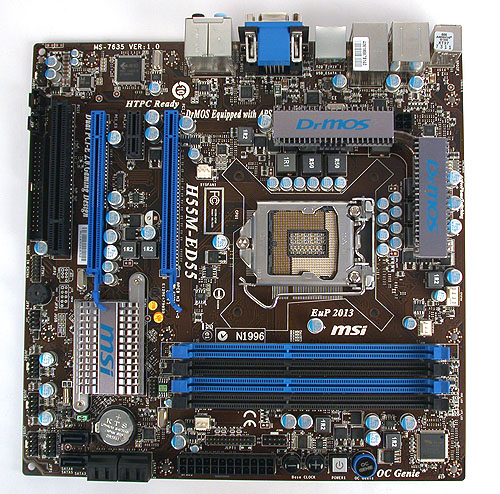 Despite the mainstream nature of the chipset, MSI has buffed up the ED55 substantially. While the manufacturer has lower-end varieties and even one higher end model, the one we received is already quite impressive. First, the extras include a JMicron controller for an IDE connector and eSATA port. These are on top of the six internal SATA ports. Then there's the second PCIe 2.0 x16 slot like some of its competitors, allowing for CrossFireX in a x16/x4 configuration. 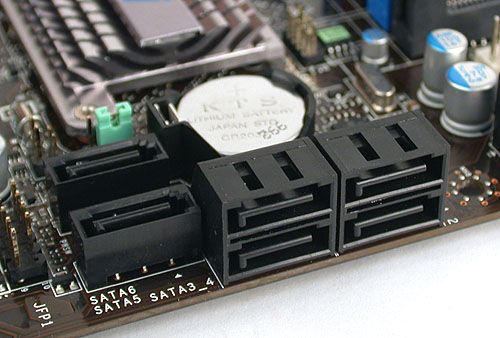 However, what surprised us most is the inclusion of MSI's auto-overclocking utility, OC Genie. A one-button hardware-based solution that automatically increases the base clock of the processor without any user input, the version on the H55M-ED55 is even capable of increasing the integrated GPU clock (only with a newer beta BIOS version). However, as we received this BIOS after our testing, we can only report the original performance of the OC Genie. In our case, the OC Genie pushed our Core i5-661 to 3.85GHz (175MHz x 22) and while that booted into Windows, it was not too stable. Fortunately, the clock adjustment buttons on the OC Genie meant that we could downclock it on the fly to a more stable 160MHz base clock.

From our discussions with MSI's engineers, the amount of OC Genie overclocking varies with the processor and the Core i5-661, perhaps with its higher integrated GPU clock is not one of the more ideal candidates for overclocking. For us, all this overclocking is merely a nice bonus, since we weren't expecting such features on a H55 motherboard in the first place. 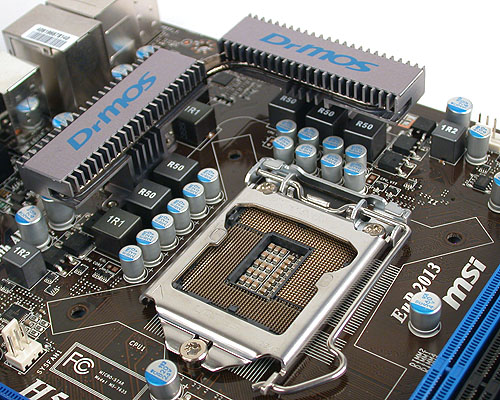 We liked the solid, passive cooler for the MOSFETs regulating power to the CPU. As stated on the PCB, MSI's DrMOS technology with active phase switching is present, which we hope will lead to greater power efficiency. This board also has solid capacitors throughout, matched by ASRock and Gigabyte.

As for the layout, it's as good as what we have seen so far, with most connectors and headers at the edge of the board, particularly the SATA ports and adequate spacing for the two PCIe 2.0 slots. While we see a possibility that two of the SATA ports may get in the way of a second graphics card, it's not a serious issue. Like many of its competitors though, the DIMM slots remain close to the first PCIe 2.0 x16 slot, giving rise to potential difficulties when it comes to installation.