Intel has been sprucing up its own reference designs to appeal beyond the usual OEMs but while we saw some of that flair in its higher end motherboards, it's not the case for the DH55TC, which is as vanilla as it gets. One could say that having too many features is detrimental as they are not considered desirable for this market segment but for the US$110 that Intel is asking, we expected more. Let's start with the features, which is as standard as one gets. Everything's that covered by the chipset specifications are in, from the single PCIe 2.0 x16 slot to six SATA ports, of which two are eSATA compatible. There is indeed no sign of extras, with the rear I/O connectors the fewest of all the boards reviewed. At least Intel has maintained the quality of its components, preferring solid capacitors for the critical parts of the board. 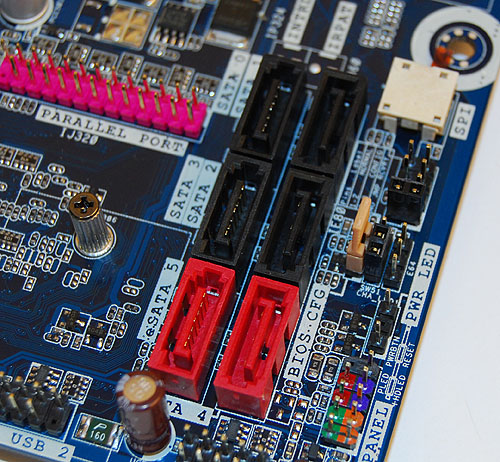 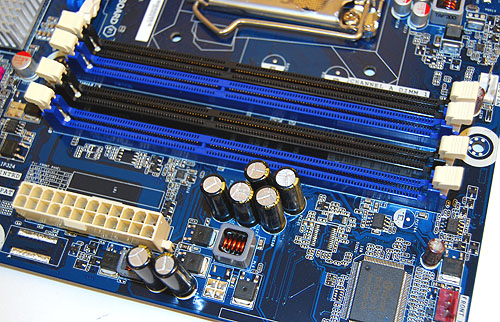 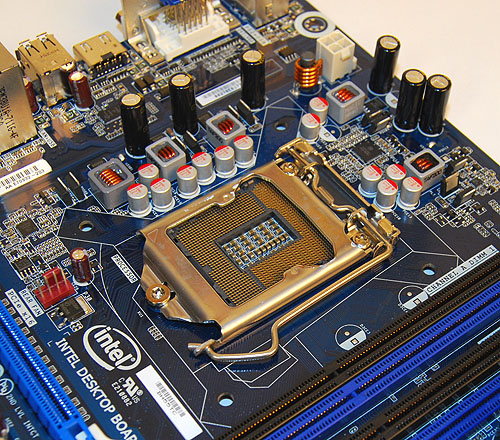 Besides the lack of features compared to other H55 offerings, the Intel board's BIOS was found to be 'locked' for the most part. There were fewer settings available, especially those related to tweaking the voltage and clock speeds of the processor and graphics core.

As for the layout of this board, there are some slight flaws which may affect some users. The common scenario of having one of those long, modern graphics cards of the dual-slot type that interfere with SATA ports is likely to occur with two of the SATA ports on this Intel board. The retaining clips on the DIMM slots are also too close to the PCIe 2.0 x16 slot for comfort, making it harder to remove memory modules and any installed graphics card.