Another board that's in shades of blue but then Gigabyte's boards have had this color scheme for a while now. So has the company's goal of equipping its boards with its Ultra Durable hallmark, which means solid capacitors throughout and of course the 2oz of copper in the PCB which Gigabyte was the first to introduce. Unlike the higher end Gigabyte motherboards, the extra copper added only a bit more weight to the H55M-UD2H while the price tag remains competitive, at around US$105. 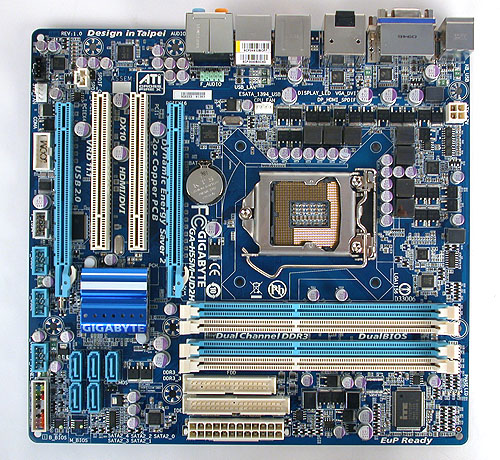 One 'trend' that we had noticed with Gigabyte's motherboards is the tendency to cram as many features as possible, especially of the storage variety. It's the case for this H55 board, which besides the standard six SATA ports (one converted to eSATA), gets IDE
and floppy support. To top it off, there's even FireWire support. All these are accomplished with third-party controllers from JMicron and Texas Instruments.

But that's not all. The most distinctive (and unique to the five boards today) is the presence of a DisplayPort at the rear, giving this board four different display outputs. Of course, you can't use more than the two-display limit imposed by the chipset. Furthering this limitation, of the two displays supported, the chipset can only drive one digital display, so the other has to be the analog VGA connection. However, we have to give points to Gigabyte for trying to push the new display interface, especially given that the new enhanced 1.2 specs looks quite interesting. 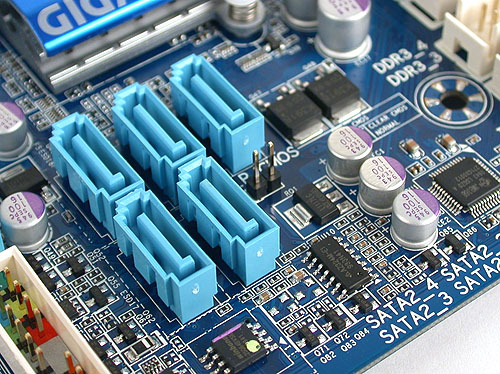 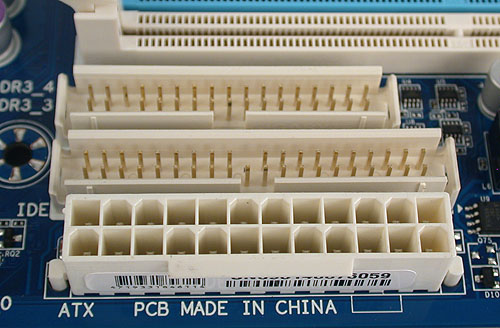 Another extra on the Gigabyte H55M-UD2H is the second PCIe 2.0 x16 slot. Similar to the ASRock board, it means that CrossFireX is possible on the Gigabyte, but as we mentioned earlier, performance will not be optimal and we are not too optimistic that users would be rushing out to buy H55 boards with multi-GPU support. 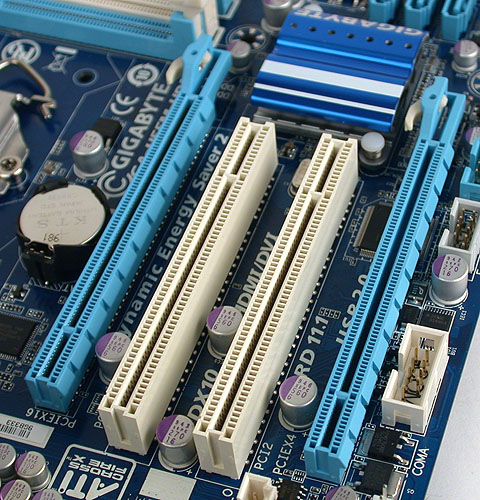 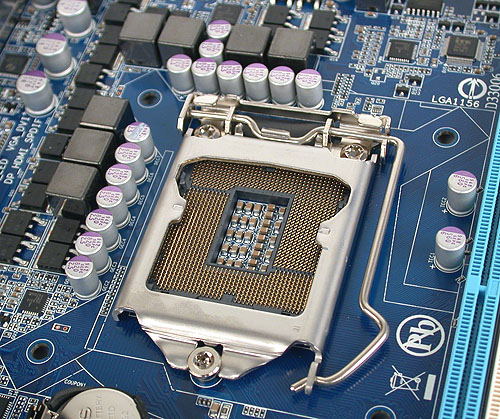 Gigabyte's board layout for the H55M-UD2H is commendable given the number of components onboard. It's not perfect however. The first PCIe 2.0 x16 slot is too close to the DIMM slots, so removing or installing a memory module with a graphics card installed can pose some difficulties. At least Gigabyte managed to improve on its placement of the SATA ports, which we can say, are now unlikely to get in the way of longer graphics cards, unlike some of Gigabyte's older mATX boards. Besides the small heatsink on the chipset, there's no other form of passive cooling, though we believe that should not be an issue.

Finally, Gigabyte too has its extensive list of custom BIOS and software features that have evolved through several generations. Most of these utilities are similar to what's offered in the market from rivals, from BIOS update tools to tweaking utilities and dynamic power saving schemes. As we said before, your mileage may vary with these tools so check out the full list on Gigabyte's website. To get in touch with the key utilities, here's a quick look at them from our previous Gigabyte P55 preview article.