We have seen some pretty unique designs from ASRock over the years and while we can't fault them for trying to innovate, they have their fair share of duds and bug-ridden boards. Fortunately, the ASRock H55M Pro is not one of those quirky models and while the mismatch of colors did not endear itself in terms of appearance, its price tag of US$95 makes it the most affordable of the bunch. 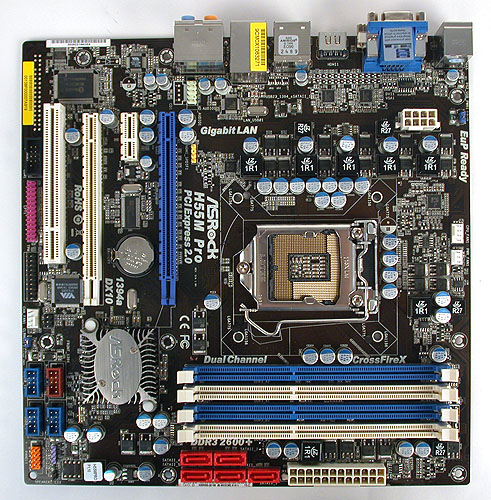 True to form, we expected something unusual from ASRock and the company delivered somewhat with this design of dual mounting holes for the CPU cooler. This allows users with existing LGA775 coolers to migrate them to their new LGA1156 processors. 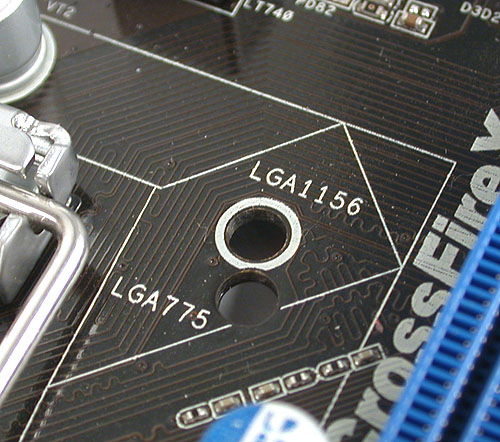 In terms of features, the ASRock H55M Pro keeps mostly to the standard H55 template, with no additional controller for PATA functionality. There is however a VIA controller for FireWire support and one of the board's native SATA ports is used as an eSATA port. The board also boasts of supporting up to DDR3 2600+ when overclocked, which is one of the highest among the five boards in this roundup. 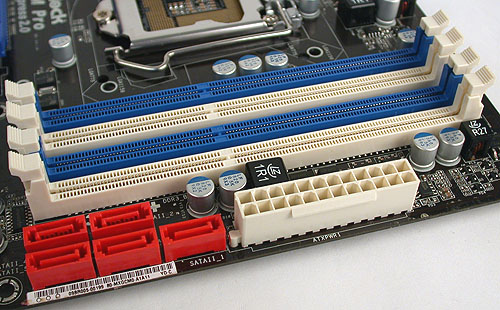 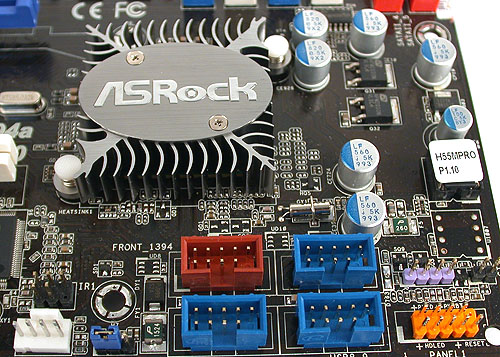 The other major addition is the presence of a second PCIe 2.0 x16 slot, allowing users to run CrossFireX with two ATI discrete graphics cards installed. Of course, the bandwidth configuration limitation present on the H55 boards meant that it would operate at x16/x4 and not the x8/x8 found on Intel's other mainstream chipset, the P55 Express. Users would hence see a slight performance hit, though frankly we don't think a multi-GPU configuration is the reason for getting a H55 motherboard in the first place. 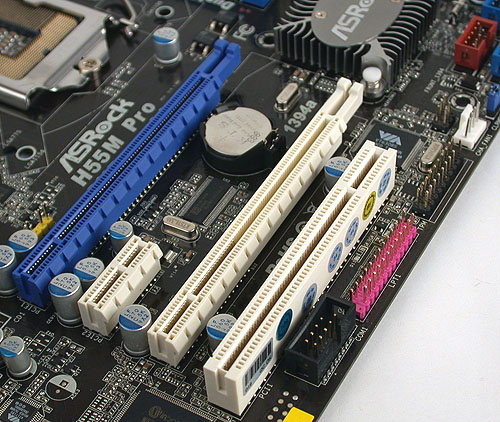 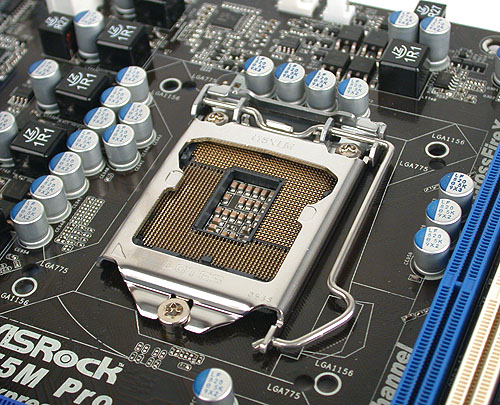 Overall, we spotted no glaring layout issues. A common issue of the SATA ports interfering with longer graphics cards, was non-existent while there was adequate space between the two PCIe 2.0 x16 slots for dual-slot graphics cards. Headers and connectors were mostly placed near the edges of the PCB for easy access.

We did however see some places for improvement. The DIMM slots could be further spaced from the first PCIe 2.0 x16 slot and the lack of any form of passive cooling (besides the small heatsink on the chipset) could leave some users worried, even if the H55 chipset runs mostly cool.

Then there are the proprietary software and BIOS enhancements that motherboard vendors usually provide to differentiate their products. ASRock has a few of them, ranging from the usual software overclocking utility, to a useful BIOS update utility (Instant Flash) that launches from within the BIOS and is similar to those found on competing boards from the likes of ASUS and MSI. Meanwhile, the BIOS also featured overclocking profiles (OC DNA) which users can save their overclocked settings to and even share them with others. Finally, we also found this ASRock board to allow users to tweak the integrated GPU clock speed in the BIOS, which is not always the case for its rivals.