The Pentium is Dead, Long Live The Core!

It has finally happened, Intel will be putting to rest the long standing Pentium branding for their next generation of desktop microprocessors in favor of a totally new line-up simply called Core. However, this isn't just a re-branding exercise for Intel. The Core processors mark Intel's first true major revamp of microprocessor technology since their launch of the NetBurst microarchitecture with the Willamette core Pentium 4 back in the year 2000 and before you know it, we're already at Core 2. Now we're getting ahead of ourselves. Considering the major gear shift at Intel to bring about this day, let's take a brief recap on the chain of events that have lead to the development of the new Core processors. 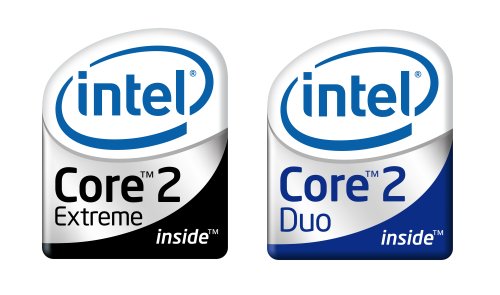 From the very beginning of the Pentium 4 and the introduction of the deeply pipelined NetBurst microarchitecture, Intel has advocated speed, speed and more speed. The deep 20-stage (which was later increased to 31 stages from the Prescott core onwards) pipeline design and SSE technologies were designed to excel at extremely high frequencies and Intel has previously let known that they predicted the Pentium 4 (90nm Prescott) could scale up to 5GHz. That was back in 2003 and in 2006, we've not seen an officially released NetBurst architecture based processor past the 3.8GHz mark.

Intel knowing that frequency scaling has hit a solid wall due to difficulties in controlling the ever increasing thermals and exponentially reduced performance gain, began moving towards parallelism as an answer introducing Hyper-Threading Technology into the Pentium 4 and subsequently the Smithfield dual-core Pentium D was born. The Smithfield was basically two Prescott cores bolted onto one another, which didn't really help reduce neither power consumption nor thermals much. Intel's use of a shared FSB also meant an overall reduced bandwidth to each core, an essential lifeline for NetBurst processors. Intel enhanced their manufacturing process with the 65nm Presler core, increase L2 cache to 4MB (2MB per core) and threw in hardware Virtualization Technology (VT). However, even the Preslers could not shake AMD's steady seat on the performance-per-watt throne and was still putting out too much heat for comfort.

AMD's sharp rise in market share from their hugely successful Athlon XP, Athlon 64 and dual-core Athlon 64 X2 processors in the past two years has been a rude awakening for Intel. AMD was even making inroads into the server market with their Opteron products and went as bold as to openly challenge Intel's dual-core Xeon on both performance and power consumption fronts in 2005 - a challenge which Intel chose to ignore resulting in defacto bragging rights for AMD for a period of time.

Intel of course has not been sitting idle all this while and we've seen a huge effort in promoting their next generation microarchitecture over the past year, which was basically Intel telling the world 'Wait and see, we'll be back and then we will rock!'. Intel officially unveiled the revolutionary Core microarchitecture early this year at IDF Spring 2006 in San Francisco and wet our lips with a preview of the enhanced power saving features (if not the performance) with the launch of the Core Duo (codenamed Yonah) dual-core mobile processor.

It is very important to note that the Core Duo (Yonah) is not a Core microarchitecture based processor, but it is the direct predecessor to some of the technologies that are used in development of Core. The Core version of the mobile processor, currently codenamed Merom will be launched later this year. Today, we will see the launch of the Core 2 Duo and Core 2 Extreme processors (confusing we know, but we guess Intel is still getting into their new groove), Intel's desktop Core lineup previously codenamed Conroe. The table below is a list of the announced Core 2 Duo models, their basic specifications and anticipated pricing and availability:-