The Core i7-8700K was the winner here, although the Ryzen 7 1800X was right behind it in the more CPU-intensive Time Spy benchmark. Its processing chops become more evident when you zoom in on the Fire Strike physics and Time Spy CPU scores, where it was around 45 and 37 per cent ahead of the Core i5-8600K respectively. Having said that, it was neck-and-neck with the Ryzen 7 1800X, and it's actually quite impressive that it managed to inch ahead despite losing out in terms of core counts and threads. 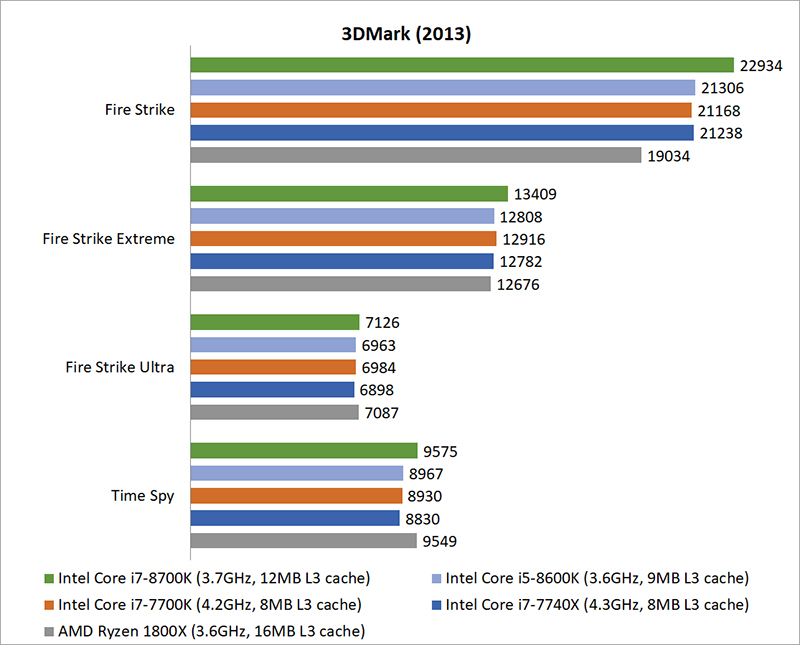 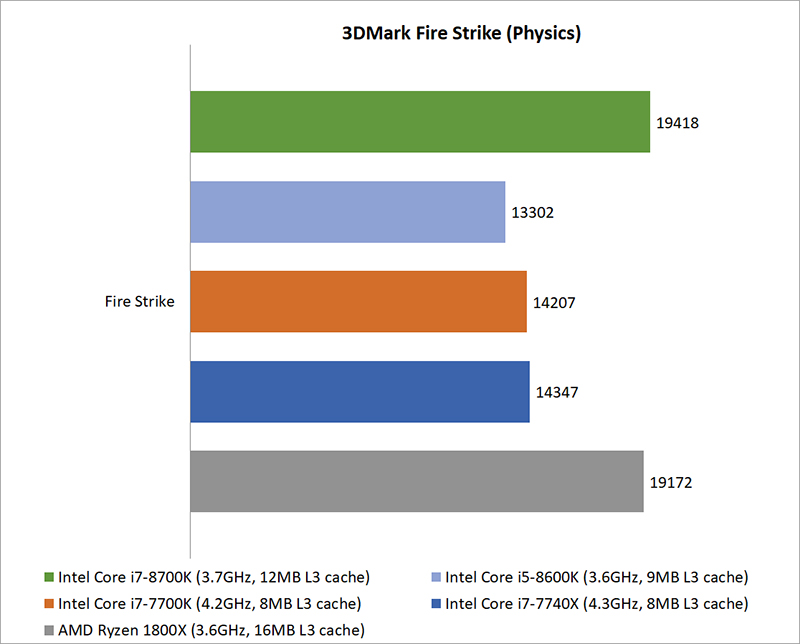 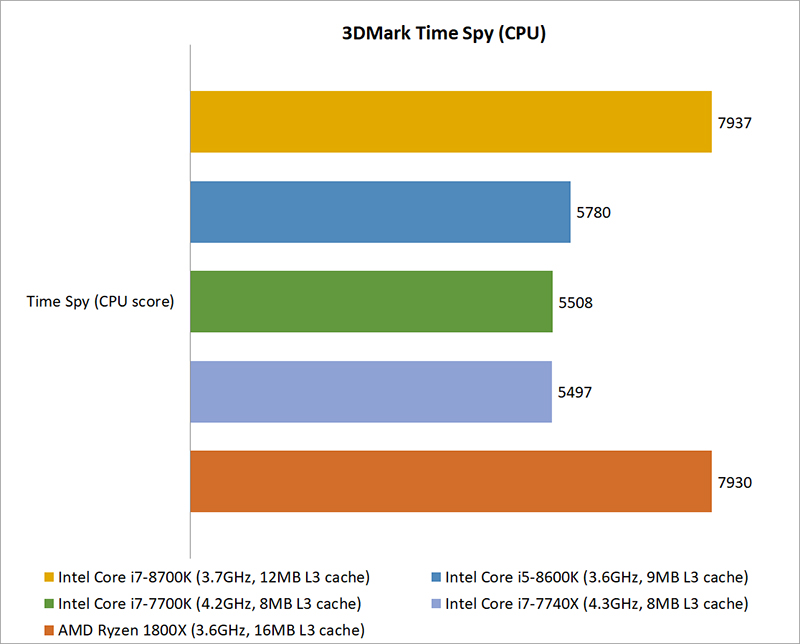 Ashes of the Singularity is one of the few CPU-bound games out there, if you’re playing on lower resolutions and settings that is. As a result, it was precisely at these settings that both Coffee Lake chips excelled. In fact, the Core i7-8700K managed a 37 per cent increase over the Core i7-7700K in DirectX 12 mode at a 1080p resolution and High settings. In scenarios like this, the Coffee Lake processors also have quite a large advantage over the Ryzen 7 1800X, once again exposing AMD's glaring weakness when it comes to gaming at 1080p.

However, once you start turning the graphics settings up and increase the resolution, the GPU starts to come in as a limiting factor, and the differences among the various processors flatten out significantly. In other words, if you're going to be gaming at 4K, don't expect to see much improvement in upgrading. 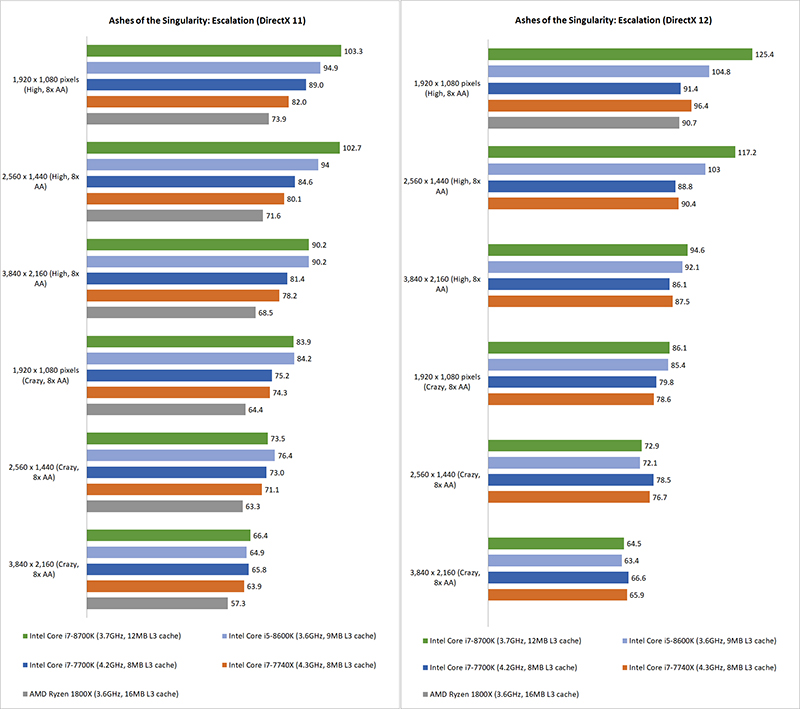 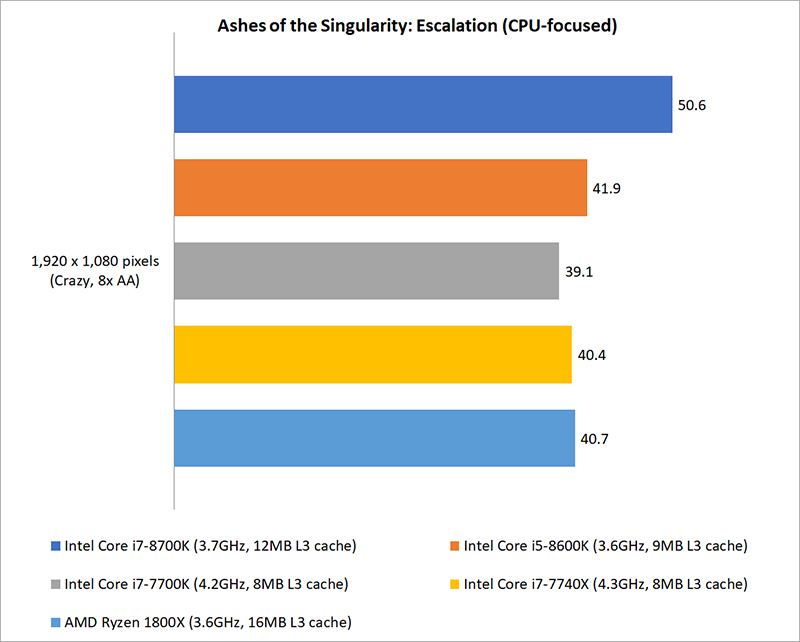 Deus Ex: Mankind Divided is one of the most demanding games out there right now, where the GPU is a major limiting factor. All the Intel processors performed quite close to each other, and while there were few significant differences to be teased out, it was disappointing to see the Core i7-8700K fall behind even the Core i5-8600K here, albeit by a barely tangible amount. There could be any number of reasons for this, and perhaps Mankind Divided's Dawn engine just doesn't play well with more cores and threads, but this is one game that doesn't look like you'll see much of a leap from upgrading to Coffee Lake.

Having said that, the Ryzen 7 1800X's relatively low base and boost clocks also did it no favors, and it trailed quite far behind both Coffee Lake processors. 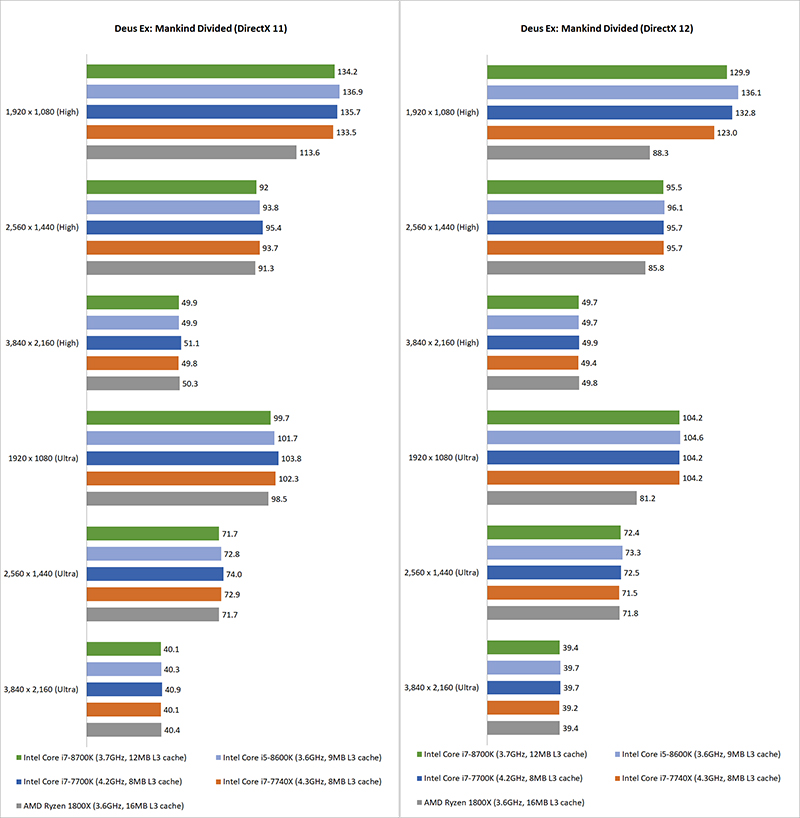 Even though Coffee Lake now supports per-core overclocking, we decided to just apply the same overclock across all the cores to keep things simple.

We managed to get the Core i7-8700K to 5.13GHz, which netted a nice 17 per cent increase in Cinebench's multi-threaded benchmark. On the other hand, the Core i5-8600K wouldn't boot with anything over 5.0GHz, and it would clock in at 4.83GHz at the most, which translated into a 13 per cent improvement in Cinebench. That's actually really decent, and Intel wasn't lying when it talked up the overclocking capabilities of its new chips.

The Ryzen 7 1800X paled in comparison, as it wouldn't go over even 4.2GHz, the upper limit of its XFR range. If you're looking for a good chip that you can push to its limits, Intel looks to be the way to go. 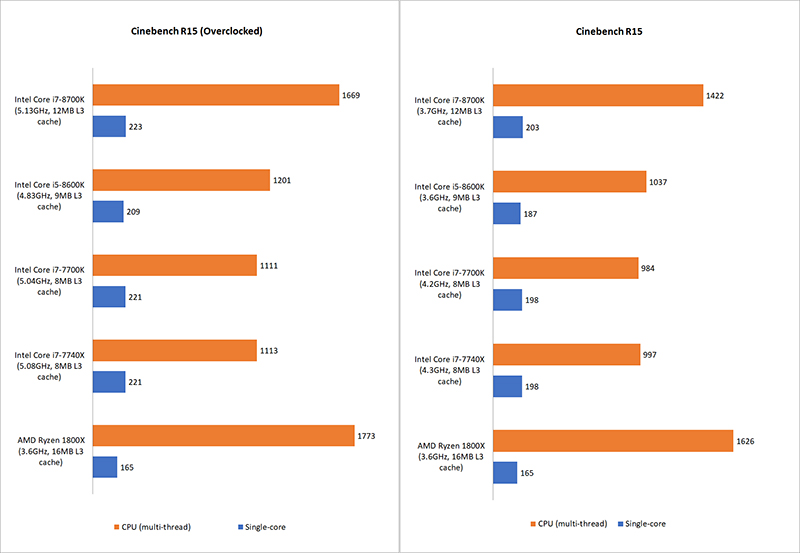