Closing the gap with Ryzen 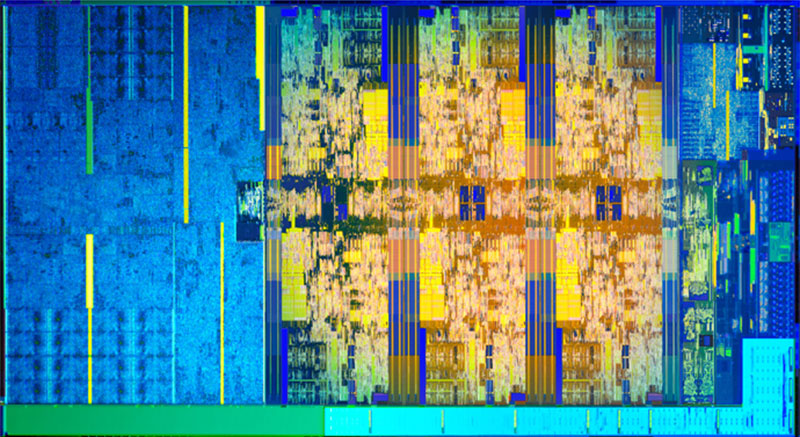 On paper, Intel's Coffee Lake chips may not seem very interesting. Okay, there are now two additional cores across the entire line-up, but what does that really mean? As it turns out, those two cores can do a lot, and Intel is stepping up its game in terms of multi-threaded performance.

AMD put Intel on the back foot in recent months with its very competitive Ryzen and Threadripper processors, which led many to proclaim loudly that Intel had dropped the ball and was losing its touch. It's easy to view the addition of extra cores to Coffee Lake as a knee-jerk reaction to the prevailing winds in the CPU market, but given the planning that generally goes into product road maps, it's likely that these chips have been in the works for some time already.

That said, with only Z370 boards available at launch, it's possible that Intel did accelerate its release schedule to respond to the challenge from AMD.

And responded, it has. Intel is touting the Core i7-8700K as its best gaming CPU yet, which isn't a particularly novel claim in its own right. The Core i7-7700K before it was indeed the best gaming CPU you could buy, and Intel's flagship mainstream chip has always been a better option for gamers than its enthusiast processors anyway.

Instead, what's interesting about Coffee Lake is the beefier multi-threaded performance it brings to the table. Ryzen's release meant that AMD could hold up its high core and thread count as a key advantage over Intel, and it was perfectly justified in doing so. But the 6-core/12-thread Core i7-8700K narrows the gap with the Ryzen 7 1800X significantly, and it's taken away a large part of AMD's advantage. Now, Intel has a CPU with fairly robust multi-threaded performance, and excellent gaming performance to boot.

Gaming was always Ryzen's weakness, and it isn't hard to imagine that consumers would be willing to trade off some cores and threads for considerably better performance in games. Because make no mistake, the Core i7-8700K is without doubt the better CPU when it comes to games, especially when the Ryzen 7 1800X continues to struggle at 1080p (an inconvenient fact, as most gamers still play at this resolution).

In comparison, the Ryzen 7 1800X is going on Amazon at US$399 now, and it retails for S$818 locally. The 1800X is more expensive, and it doesn't offer quite as big a leap in multi-threaded performance as it formerly did over the Core i7-7700K. That said, there's no telling how much Coffee Lake will cost locally at this point in time, and it's entirely possible that we'll see a local price closer to what Ryzen is asking for.

But that doesn't mean that Ryzen just became a bad CPU. Rather, it seems a matter of where your priorities lie. If you're a gamer, streamer, or content creator looking for a reasonably priced chip, the Core i7-8700K looks to be a good bet. On the other hand, if you're just gaming and doing nothing else on the side, the Core i5-8600K is the more sensible choice. Finally, for those whose priority is less about squeezing out more frames in games and more about getting more cores or better multi-threaded performance per dollar, AMD has some cheaper Ryzen processors that may do the job.

As for Intel's awkward Core i7-7740X? Suffice to say, there no longer seems any reason to even consider it.