Overview and i810 Chipset Architecture

** All benchmakrs, results and opinions are based on the world's first i810 motherboard, the DFI-PW65D, which I had for testing. But generally, most i810 boards should have many similarities between them, hence this article should be valid for all i810 motherboards** 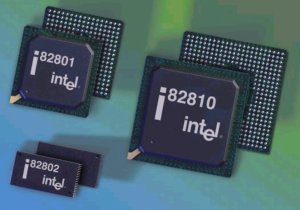 Ever wondered how basic home and office PC's are getting so cheap (apart from falling component costs)? The keyword here is integration. As technology improves, it gets easier and more feasible to compact more features into a silicon and eliminating many smaller components that are sprawled everywhere on the motherboard or expansion card (if it's a video/sound card) and reducing the area of the PCB needed among other benefits. Just take a peek into a PC of 15 years back; Such a PC needed a separate I/O card, numerous small soldered/socketed cache chips for a tiny (in today's context ) amount of L2 cache, HDD's were as huge and thick as a dictionary (and weighed as much as slim printer), video and sound cards were very long, clumsy and needed many supporting ICs to do rudimentary functions and much more! Shift to the present day and the same items are as follows: The I/O card is gone and it's functions have been integrated on to the motherboard, motherboards basically have only 2 main silicon chips controlling everything on the board and L2 cache has now been integrated within the CPU (Celeron and K6-3), HDD's pack enormous amounts of data (so much that 15 years back, if you told a person you owned a 25GB HDD, he would think you were the richest person in the country!) in only a 3.5-inch form factor, video cards look so small and simple that it basically consists of the chipset, ram and the connectors! Some motherboards just integrate both sound and video on to the spare-space onboard.

Talking about Integration, SIS was the first chipset vendor to combine video and later on, video + audio in it's motherboard chipsets. It was very suitable for simple office and home users, who mainly run typical office applications, play 2D games and listen to audio CDs. Try running database related applications and 3D games and you'll be disgusted with its sloppy performance. The same goes for it's sound quality, which is just adequate for office usage. Recently VIA decided to dabble in built-in video solutions and struck a deal with Trident (a long forgotten video chip giant) to use Trident Blade's core into it's new MVP4 chipset (basically an MVP3 core) with UDMA-66 support. But up till now, all of the integrated video solutions on the motherboard chipsets are not even the least enticing, even the MVP4. Not only the video core isn't powerful enough but also the fact that it uses UMA to utilize part of the system RAM for graphics memory and the bandwidth serving all this is very lacking for 3D applications/games. Most of the other motherboards in the market have an AGP bus to relieve the system a little and provide a dedicated graphics bus, but the rest of the system still uses the PCI bus as the central backbone, which is getting slow and outdated.

With the release of Intel Celeron processors, Intel finally got the point that there is a big enough market to make cheap CPUs and Intel kept on working something for this market, e.g. the Intel 440 EX and ZX chipset. Intel launched the i810 chipset and the Celeron-466 on the 26th of April and is marketing the i810 chipset specifically with Celeron-based systems in mind. The best part is that it uses a new architecture that is far more efficient than the previous generations and it might just set the tone for the future.

Traditionally everything on the system communicates with the CPU and memory via the slow and perhaps saturated central PCI bus, but with the introduction of the i810 chipset, a new architecture is born and is called the Accelerated Bus Architecture (AHA). AHA allows direct communication of the CPU, memory, graphics (built-in to the chipset) and other peripherals. It replaces the PCI as the central bus and the typical North and Southbridge chipsets with a three-hub architecture. The three hubs (which are distinct chips) are the Graphics and Memory Controller Hub (GMCH), the I/O Controller Hub (ICH) and the Firmware Hub (FWH). The below diagram will help to explain how the new AHA works and how each hub helps:

Between the ICH and GMCH, there is an exclusive bus with a bandwidth of 266MB/s (double that of the PCI bus ) to make sure that there is no slowdown for any of the connected peripherals like HDDs, AC97 codec, PCI cards and others, to communicate with the processor or system memory. Another point to note is that the i810 chipset can only support a single CPU unlike the popular Intel 440 BX chipset that can support dual CPUs. It's not much of a matter because the i810 chipset is for the value market or system integrators.