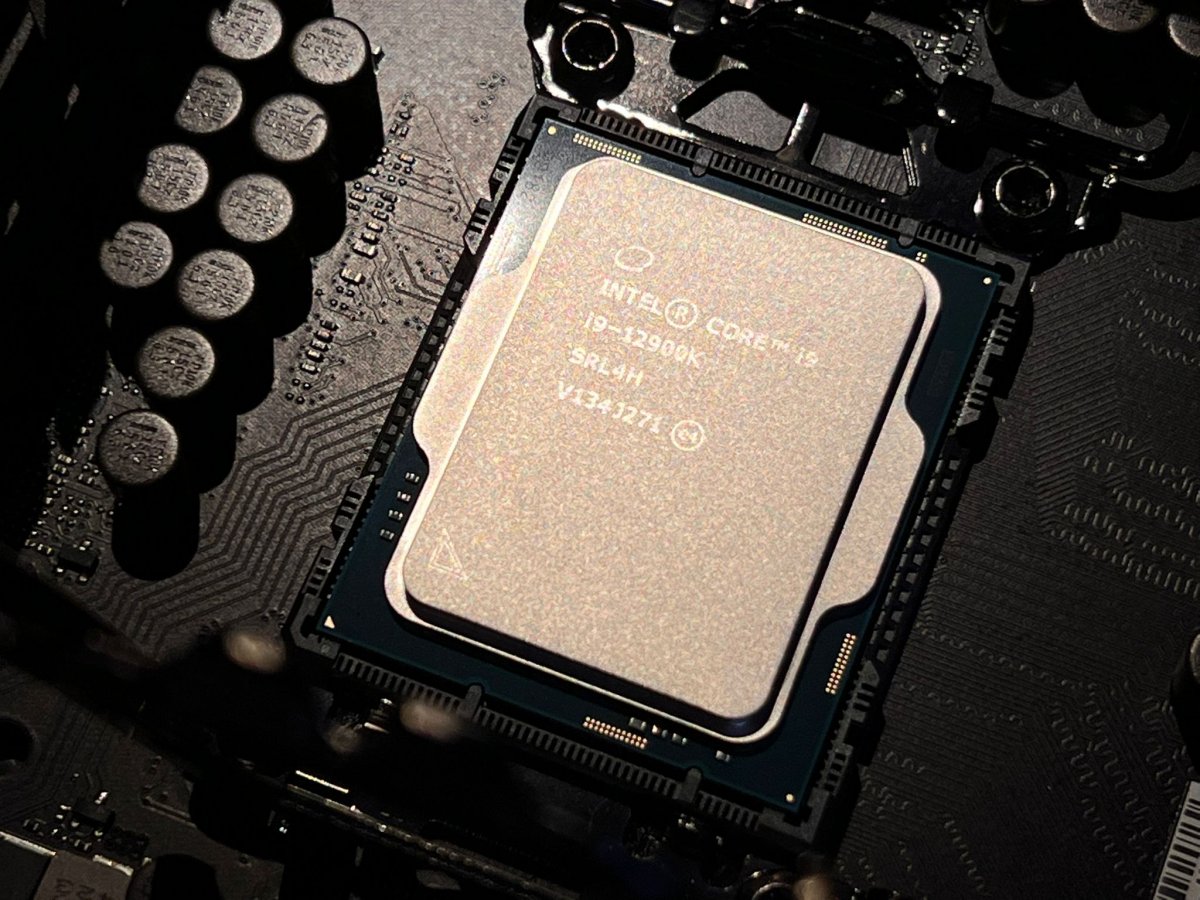 Overclocking the rest of the CPU

So we talked about memory considerations and the new DDR5 memory with Intel XMP 3.0 for overclocking profiles, as well as the CPU's new Dynamic Memory Boost function on the earlier page.

Intel's Turbo Boost Max 3.0 that debuted two generations ago is still present with the 12th Gen Core and its job is to identify up to two of the best performing cores to ramp up performance for single or dual-core turbo performance in line with the task at hand. So that's auto performance ramping, but you'll be happy to know that even with the 12th Gen Core's more advanced architecture, the new processor is even more flexible than past generations where overclocking is concerned.

We've already seen what it accords in the memory subsystem, so here's a good overview of its overclocking architecture and the big levers available out of the box for the 12th Gen Core K-SKU processors:- 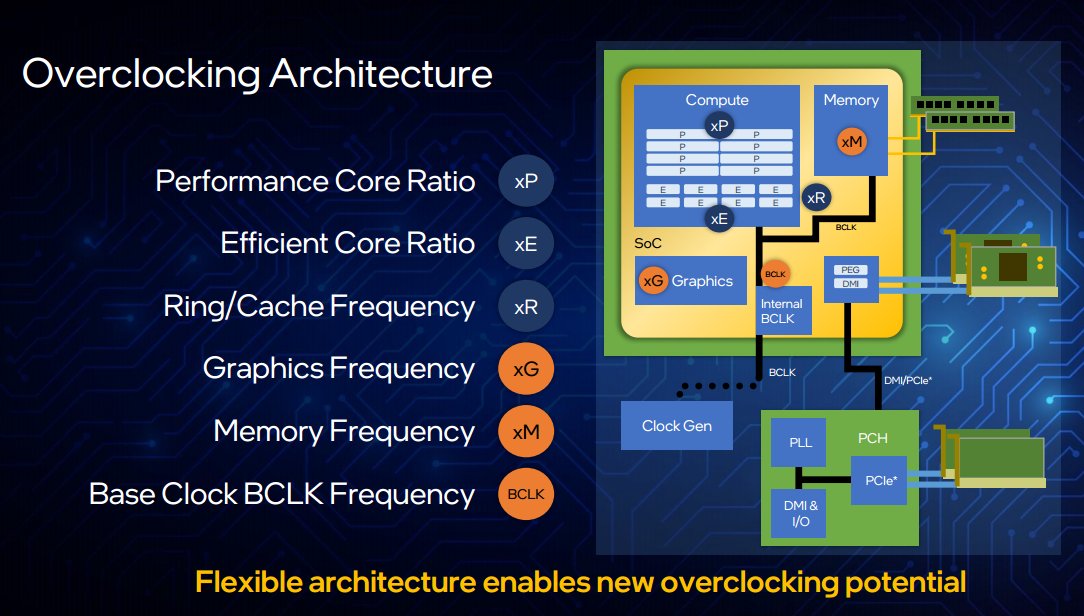 Remember there are P-cores and E-cores? The good news is that both can be independently controlled where overclocking is concerned since both cores have their own range of turbo-boosting above their normal frequencies. You could even disable E-cores or P-cores respectively, but Intel's testing has advised against it as it doesn't really bring any advantages as the processor is quite efficient in choosing the right core for the right task at hand. Meanwhile, don't forget that only the Intel Z690 chipset will accord you Base Clock frequency manipulation and memory overclocking.

To control all this and more, Intel's updated Extreme Tuning Utility 7.5 comes into play to offer all the required tools and knobs, including more than 20 more advanced tuning options that weren't present before like Processor PLL overrides, PCIe Graphics and DMI overclocking and more. 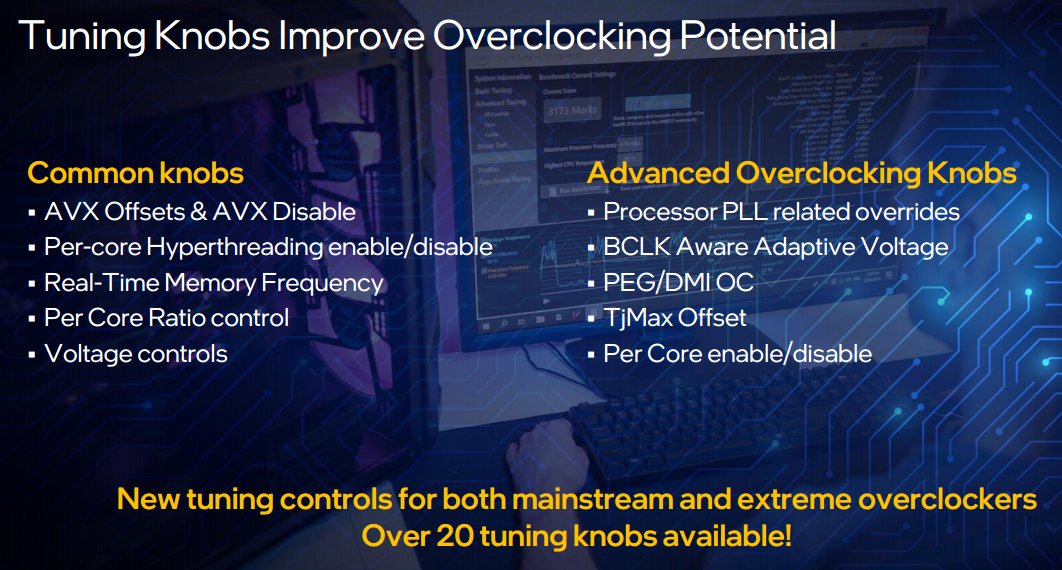 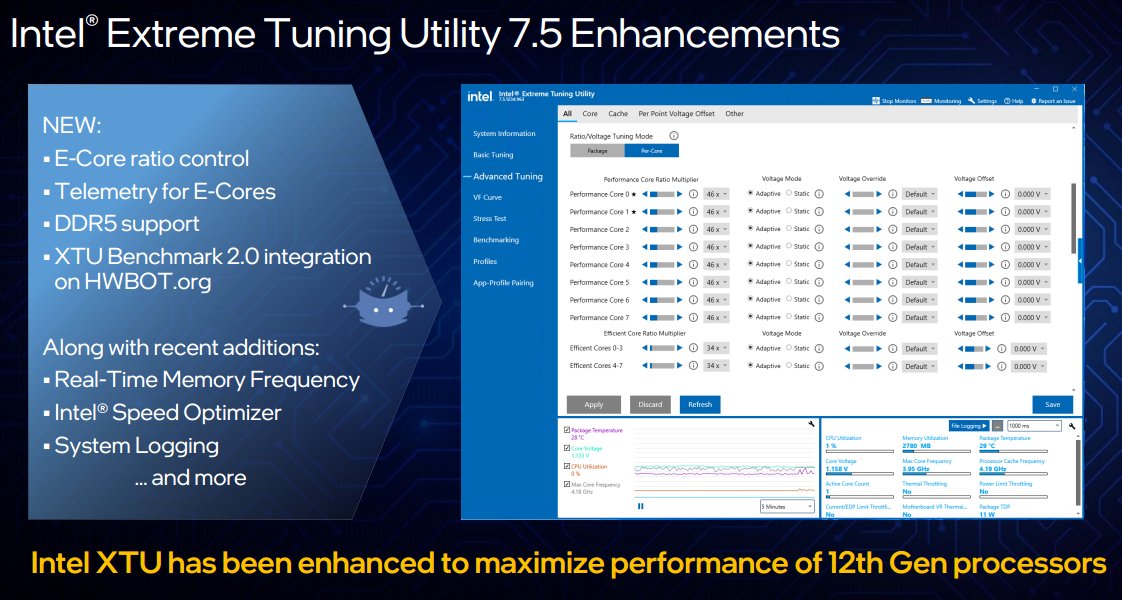 If all these feels overwhelming and you just want to get a quick idea or potential of what's possible, thankfully Intel's Extreme Tuning Utility has a One-Click Overclocking with Intel Speed Optimizer to help you narrow down and simplify the first stage of overclocking. Once you're satisfied with the one-click overclock settings, you can take baby steps to fine-tune selective parameters further and try to push your 12th Gen Core K-SKU processor ever upwards to new heights. 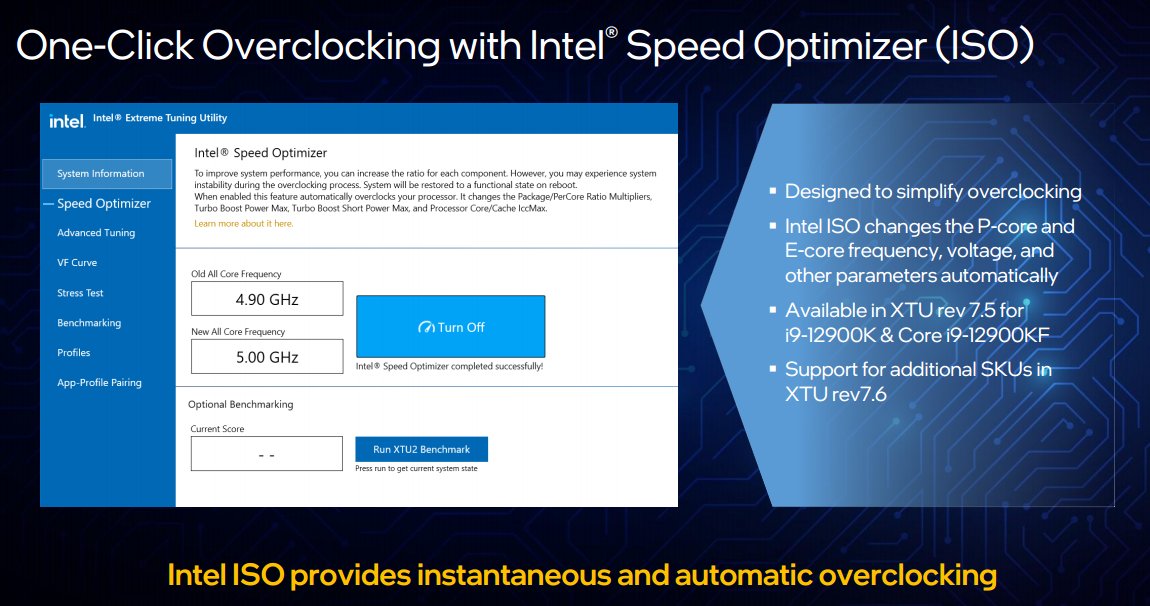 That wraps up our in-depth overview of the 12th Gen Core processors; stay tuned to our review to truly find out if real-world performance matches up to Intel's marketing!