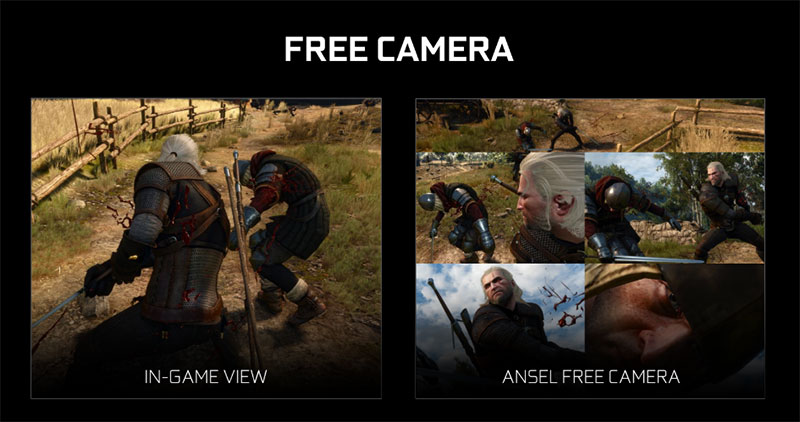 As mentioned before, Ansel uncouples the camera from your usual in-game perspective, so you are effectively free to move around in the game world. You could even venture high up into the air to take a picture of the world below you (can you imagine doing this in No Man’s Sky?).

In a third person game, this means being able to pan the camera around to the front of your character and get a shot of your hard won battle armor, all while posing against a backdrop of your choosing.

And because Ansel can pause time as well, this opens up opportunities to capture carefully choreographed action sequences, or the precise moment when your character delivers the finishing blow.

However, not all games will support every feature that is available to Ansel. That’s because a free-ranging camera might break the experience in certain games, such as by providing an easy way to discern the path around certain obstacles. And what if you used the free camera to race ahead and sniff out the position of enemies? In cases like these, game developers will probably not want to enable a completely free camera, and may choose to implement certain restrictions like limiting the field of view (if they even implement it at all).

Ansel is also able to capitalize on the first wave of virtual reality hardware by making it possible to capture 360-degree images of the game world. The resulting picture can then be viewed with a VR headset, or even on a smartphone. In the latter case, you could also explore the image by moving the phone around. 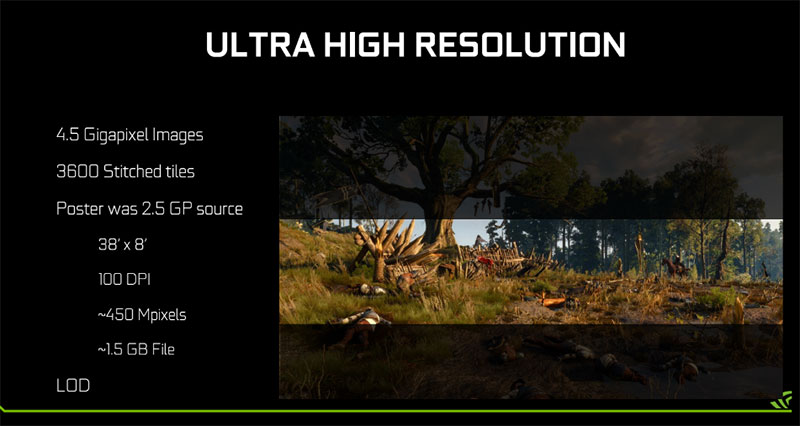 What’s the benefit of having an image so large that no monitor on the planet can properly display it? Well, extra sharp details and absolutely no aliasing, that’s what. The rendering of super resolution pictures involves super sampling – a resource-intensive form of anti-aliasing that often produces the best looking images – thus creating shots with exquisitely defined edges and no dreaded jaggies. Furthermore, if you wish to zoom in on or crop any part of the image, the resulting picture still shows up with the highest fidelity to the source, and you can rest assure that even the tiniest details are retained. 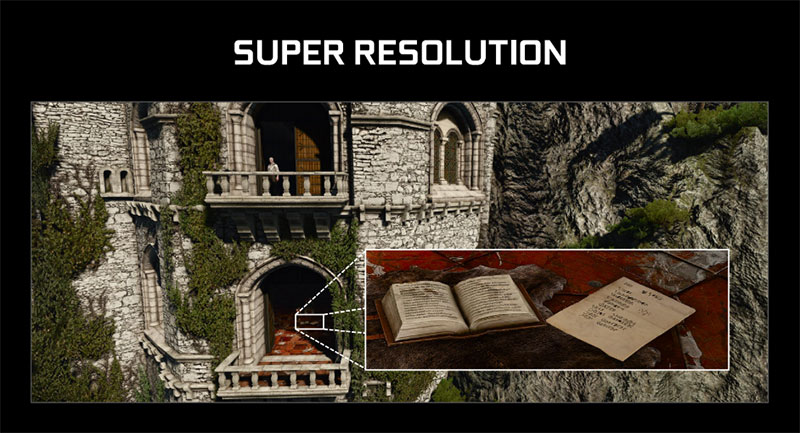 On top of that, these super resolution photos can be downsampled to lower resolutions for things like posters or desktop wallpapers, and you can be sure that the final image will be of the highest quality. Here's us capturing an ultra-high resolution shot from NVIDIA's game demo at their booth in Computex 2016 and then printing it on a postcard for keepsake:-

As a sign of how seriously NVIDIA is taking this whole business of in-game photography, Ansel can also grab raw frame buffers in order to capture a picture in EXR format, an open high dynamic range (HDR) format released by Industrial Light and Magic. The resulting images can be manipulated in Adobe Photoshop, much like their counterparts from professional cameras. These images also preserve the full dynamic range, so they can be post-processed to HDR, and you’ll have access to things like exposure controls, just as in an actual photograph. 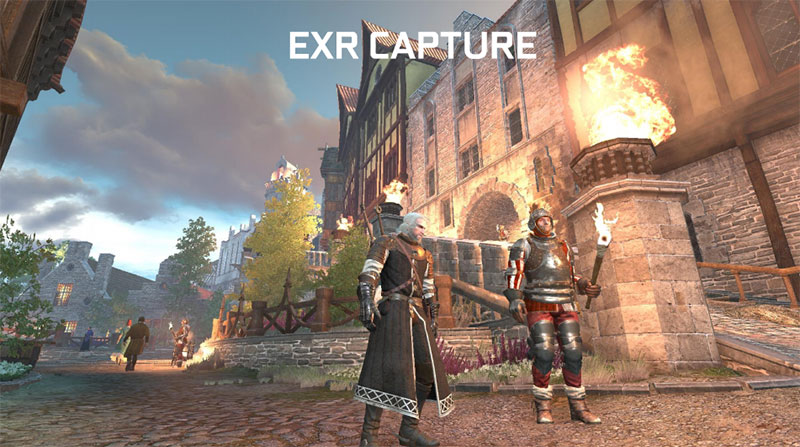 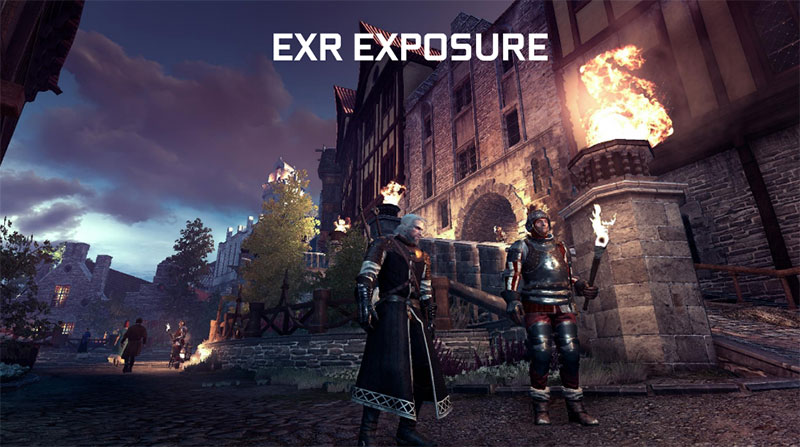 Because Ansel is directly integrated into the game, it also gains access to all of the game’s buffers, which enables an extensive range of post-processing techniques. You know, kind of like a more advanced version of Instagram filters.

This includes effects like lens flares, bloom, film grain, and fisheye, in addition to a host of other techniques that few people outside of professional circles will understand. 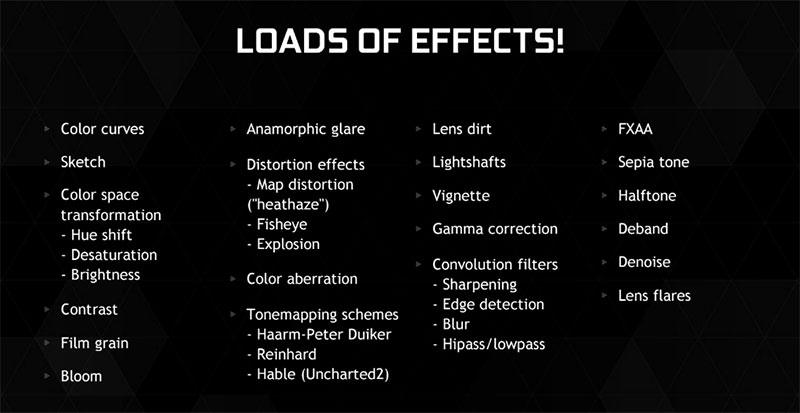