Impressions: World of Warcraft - Shadowlands is exploding with new content

Impressions: World of Warcraft - Shadowlands is exploding with new content 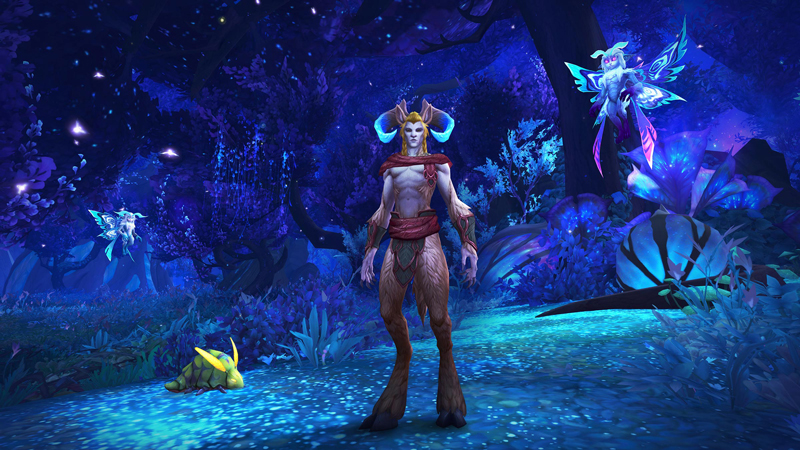 World of Warcraft’s next much-hyped expansion will take players to the Shadowlands, the game’s version of an afterlife. That’s right, you’re all going to die, and it’s going to be fun! This highly ambitious expansion explores death and the game’s multiple versions of heaven and hell. These are neat places to explore and chat up NPCs in, but there’s more of the usual dungeons, bosses and loot as well. This is Warcraft, after all.

Blizzard is changing things up, however. Over the course of the expansion, you’ll get to experience new features and new stories - some of which will be entirely dependent on your choices. That means that all Warcraft players might find themselves having a totally different experience with Shadowlands, and that’s quite the impressive feat. I got to get hands-on with Warcraft’s latest expansion, and I’m going to tell you all about it! 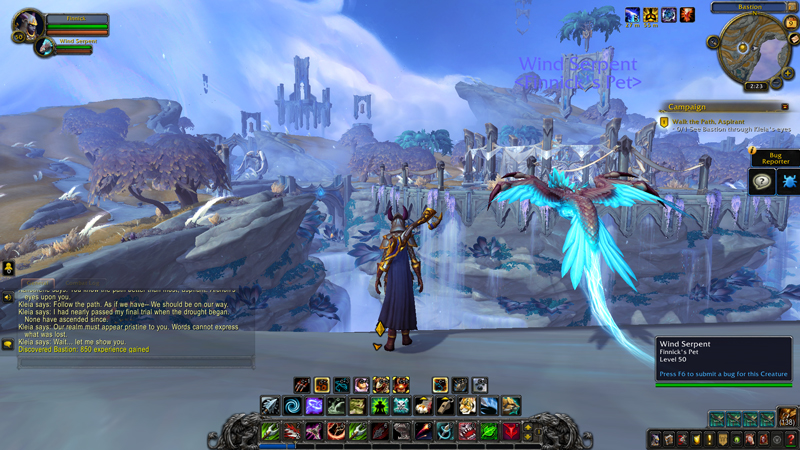 Shadowlands immediately feels more like an RPG than a typical Warcraft expansion. Your choices have far-reaching consequences - not only on the story you experience, but gameplay as well. The most important of these is having to choose between the expansion’s four Covenants.

Covenants are essentially factions in the Shadowlands, controlling parts of the afterlife with their own methods, motives and abilities. You play as a powerful hero who enters the Shadowlands in a rather unnatural way, and thus gets to actually choose which Covenant to side with - instead of being forced into one. Once you choose your Covenant, you’ll play through the entire story with missions specific to that Covenant, and gain new abilities unavailable outside of it. 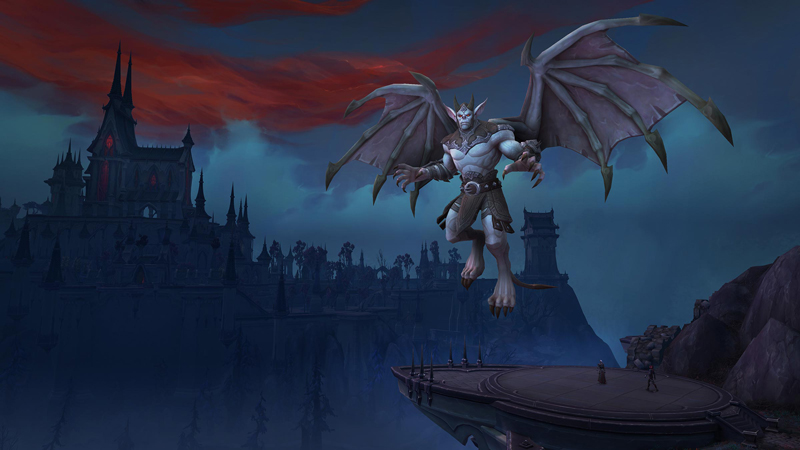 These Covenants are Kyrian, Necrolords, Night Fae and Venthyr. If you’re afraid of committing to any one Covenant too early however, never fear. The game first drops you in an endgame area called The Maw (hell, basically), after which you end up exploring four large areas. Each of these areas are controlled by a specific Covenant, which means that you get to get to know them intimately, see where they live and learn about their culture before choosing between them. You only have to make a choice at the end of this little tour.

Out of the four areas (Bastion, Maldraxxus, Ardenweald and Revendreth), I just want to call out Bastion for a minute. Bastion is controlled and inhabited by the Kyrian Covenant, which are basically Warcraft’s version of angels. It’s a jaw-droppingly gorgeous place, similar to Doom Eternal’s Urdak. Huge towering buildings and hospital-like bright and white visuals lend it a sense of celestial holiness, and that’s accentuated by the robot-like beings walking around. There’s also an absolutely massive Pacific Rim-like suit of armour in Bastion’s center, which we will undoubtedly end up fighting later. 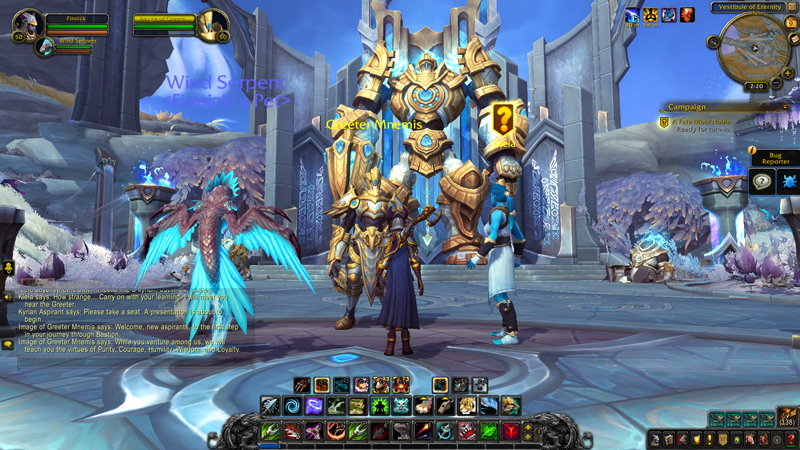 Touring the Covenants isn’t just useful for aesthetic purposes, of course. There’s a lot more to choosing a Covenant than just deciding which zone, characters and storyline you like best. The most impactful part of each Covenant are the abilities they come with. Each Covenant offers players two unique abilities - one that is common to the entire Covenant, and one that is based solely on your class.

These abilities tie into combat gameplay, making the search for a well-fitting Covenant infinitely harder. Fortunately, that’s where the little tour comes in. Blizzard was smart enough to take you across each Covenant at the start of the Shadowlands campaign and not only allow you time to figure out their culture, but their abilities as well. You’ll get to play with each faction’s abilities and quest with them for a time before moving on to the next one. It feels like a demo of what you’ll experience in the whole expansion, and a really newbie-friendly move on Blizzard’s part.

One new feature in Shadowlands isn’t dictated by the Covenant you side with: Soulbinding. Though the beginner’s tour shows you this, you’ll later find a few members of your Covenant willing to form a Soulbind with you. What that essentially means is that you’ll get a menu that lets you sort through their abilities, and pick the ones you want for your character. Each Soulbind-able character comes with their own unique traits, and you won’t be able to get them all at once. They essentially function as talent trees. 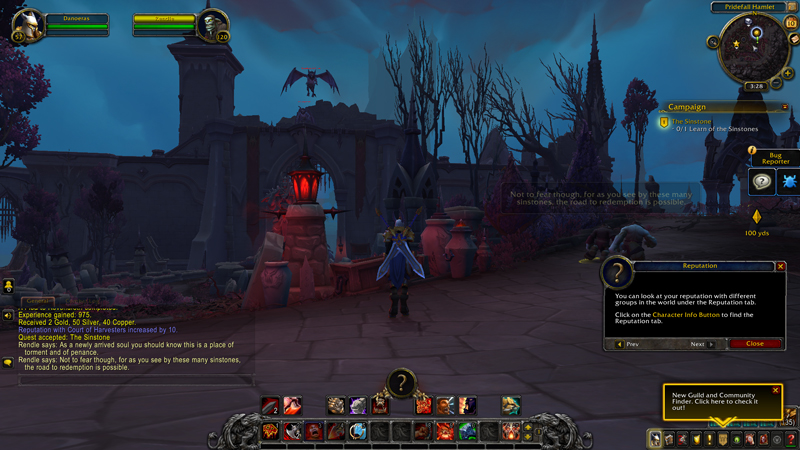 Helping you progress through these Soulbinds are Conduits, which change up some of the traits in your Soulbind to produce some rather interesting abilities. You get these by playing through dungeons, PvP areas and other areas in Shadowlands. With three Soulbinds per Covenant and four Covenants to choose from in total, players have a sea of options here. Soulbinds can be swapped too, so you'll want to try out every Soulbind you can find. That way, you’ll never miss out on a particular talent tree that best fits your playstyle.

I mention all this because of the most important form of currency to keep track of in this expansion: Renown. Renown is your Covenant’s EXP bar. It’s a measure of how far you’ve progressed within the Covenant, and you do that by completing its campaign, delivering lots of Anima (another new currency) and adventuring in the dreaded Maw. Increasing your Renown is in your best interest, as it deepens Soulbinds and gives you access to a wide variety of new items, quests and characters around the Covenant.

Phew. Got all that? 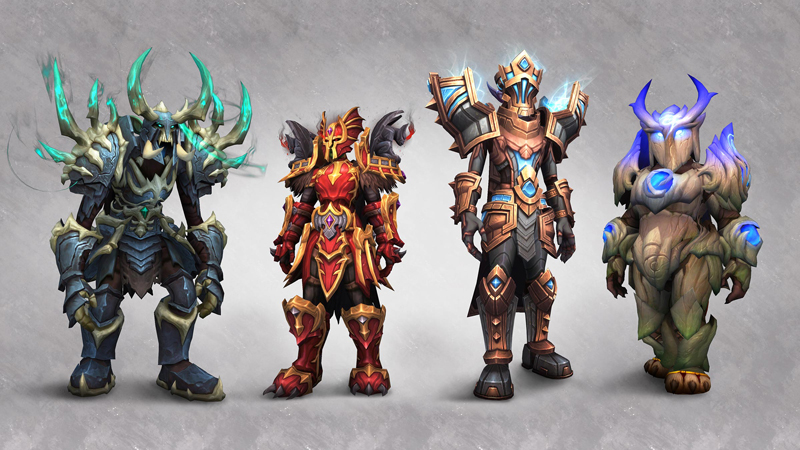 Looking at just how massive this expansion is, it’s clear to me that I’ve only played a very small slice of it. Just enough to get a taste, but not enough to judge the meal as a whole. Shadowlands is absolutely bursting at the seams with a very impressive amount of content, but its new features are hard to judge at the moment. Will Soulbinds sit well with players far after release? Will the story campaign live up to expectations? Will the expansion provide enough reason for returning players to fall in love with the game all over again?

Personally, I came out of the experience wanting more - in a good way. It’s an absolutely beautiful expansion, huge in scope and intricate in detail. The quests I played through introduced me to several interesting characters and areas I very much want to revisit. Shadowlands is shaping up to be one of the better Warcraft expansions we’ve seen yet.