Impressions: Warding the bushes in League of Legends: Wild Rift 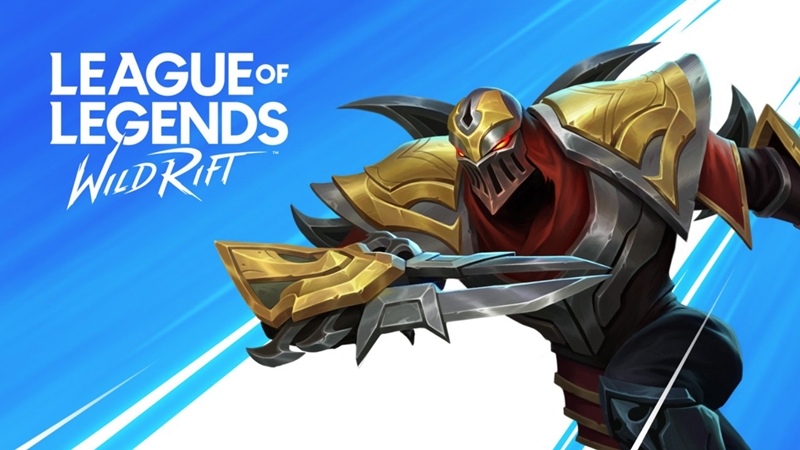 Welcome to Summoner's Rift, noble Champion. Here in this magically created space, you and four other heroic individuals will engage in combat with five opposing champions as a means of...well, you know the drill.

By now, League of Legends should be a familiar title to most, if not all gamers, regardless of whether you've actually played it. It has been, and still is one of the top dogs of the MOBA genre for upwards of a decade now, and fans have long been asking for a mobile port of the game.

As such, when Riot unveiled Wild Rift (we'll call it WR here) earlier this year, fans were pretty happy about it, even though Mobile Legends: Bang Bang had supposedly beaten them to the punch years ago. Now, we'll be talking about that "punch" pretty soon in a separate article, but for now, let's just take a look at Wild Rift itself and see how it compares to the original.

About two weeks ago, we managed to get our hands on a test copy for WR courtesy of Riot, and suffice to say we had a lot of fun with it over the next few days. On the whole, Riot's formula is shaping up to be a pretty versatile one - the general flavour of the game doesn't vary that much between mobile or PC, although there are some notable gameplay differences that might come as a surprise. Now, we'll delve into those as we go, but first let's take a look at what hasn't changed.

The general mechanics in WR are the same as the PC version - it's a 5v5 PVP format with two summoner spells per person, Baron, Dragon, bushes, jungle, inhibitors and all that. Runes are one area where it's different though - just like an RPG, you'll have to unlock them as you level up, which can be slightly annoying if you're way too used to having everything at your beck and call on PC.

The bulk of the shop remains the same too, although some of the items feature different icons from their LoL counterparts (eg. Boots of Lucidity). The prices for some items have also been adjusted for the mobile format - if memory serves, a regular Long Sword which costs 350 gold in LoL instead costs 500 gold in WR, although the gold generation rate outside of CS-ing has been buffed significantly to match.

But if there's anything in the shop that is drastically different from the PC version of LoL, it's that there are no health potions, or "pots" as they're often referred to in-game, and Teleport is now a "buyable" Summoner Spell each game, rather than one of the two you select before the match.

So, does this mean there's no early game sustain? Of course there is. Instead of having players buy pots, honeyfruits, those green health and mana-restoring fruits you see along the river will spawn next to your turret when the game begins. Understandably, this inclusion is meant to make the laning phase move a little faster, since you don't have to buy pots anymore, and having all characters get a free regeneration button might not be healthy for the metagame in the long run (ahem). As an added note, since pots are no longer an option, supports with good engage or healing capabilities such as Blitzcrank and Soraka respectively would appear to be more highly valued picks in WR as they give their ADCs a lot more tempo during the initial stages of the match.

Outside of that, most of the key changes are with regard to objective spawn timings and the boots, and it's quite important here since having Baron Nashor spawn at his usual 20-minute mark would make games a lot slower than they should be on mobile. Meanwhile, the latter is kind of a mixed bag for me - instead of providing passive bonuses to attack speed, armor and other stats, their bonuses are now active effects, meaning you have to actually activate them when you need it. This departs from the usual MOBA formula of having purely passive boots, but while having the on-demand bonus is helpful at times, I'd rather not have to worry about it like most of us usually do.

League (and by extension WR) are nothing without their champions, and I'm happy to report that many of the fan favourite characters, like Vayne, Yasuo, Ahri, Master Yi and Zed were already included in our test version. Just like the PC version, WR has a weekly champ rotation, so there isn't really much to be discussed here. If anything, I'm only concerned about when Kennen is going to be added in - the lightning-wielding yordle ninja is a personal favourite.

Apart from that, everything is pretty much a carbon copy of LoL when it comes to actual matches - you spawn, buy items, lane, recall, teamfight, push, and repeat as necessary. Admittedly, matches do feel longer than those in ML:BB since you still have to recall to buy new items, but on the bright side, it means the experience feels much more authentic and tactical (more on this in my upcoming comparison article!).

What I will admit, though - is that aiming skillshots in WR are a whole different ball game from the PC version of LoL, and some of the animations feel a lot more forgiving as well. Maybe it's just me, but I can't help but feel that Yasuo's Q proc (the one that sends out a tornado) comes out a LOT slower. As such, it feels much easier to dodge skillshots here than on PC, which can be good or bad depending on who's standing on the business end of that Blitz hook.

Zooming out a little, it also means that some of the more mechanically-intensive champs, such as Fiora and Vayne might be harder to get used to if you're hopping over from PC like I am. Because while their abilities are still one and the same, the "adjustment period" needed to play and position those characters without a mouse is a sizable challenge. That said, this is a temporary thing, and just almost every other game out there, practice makes perfect.

So, at the end of the day, it's safe to say that Wild Rift is still pretty much in the same boat as its PC counterpart, and it's already pretty good, if I may add. There are some changes made to the gameplay to speed things up for the mobile platform, but the logical and tactical aspects are nearly identical between the two, and that's what really matters here.

In that sense, the game is shaping up to be quite solid both as an "introductory" version of LoL for newbies, and as a long-awaited mobile port for the veterans, albeit one that might require a brief adjustment period. Looking good, Riot.