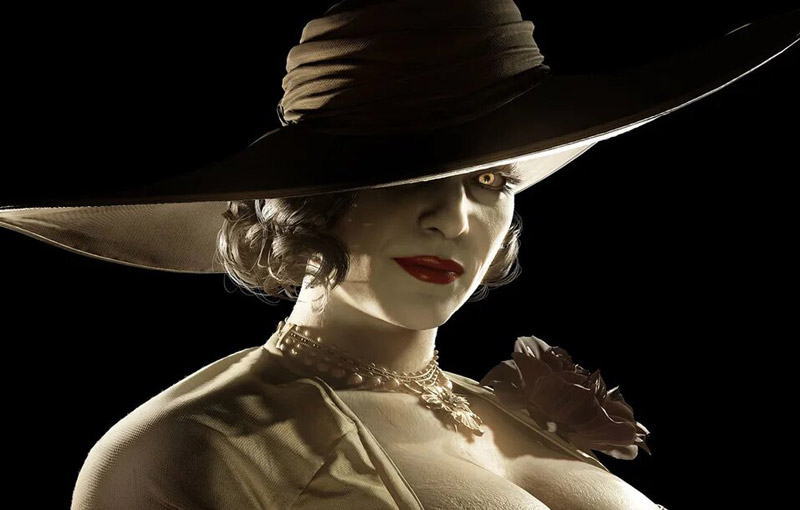 Capcom held a Resident Evil Showcase earlier today, showing off a ton of new gameplay footage for Resident Evil Village. Out of nowhere, they also announced the release of a PlayStation 5-exclusive demo for the game entitled ‘Maiden’. This demo is set before the events of Village, putting you in the shoes of the titular Maiden, a new character desperate to escape Dimitrescu Castle.

It’s not too long - probably 20 minutes at most, if you find yourself immersed in these gorgeous environments like I did. Of course, not everyone has a PlayStation 5 right now due to stock shortages worldwide, so here are my impressions of Maiden - and my theories on what all its secrets mean for Ethan Winter’s journey in Village. Poor guy just can’t catch a break. 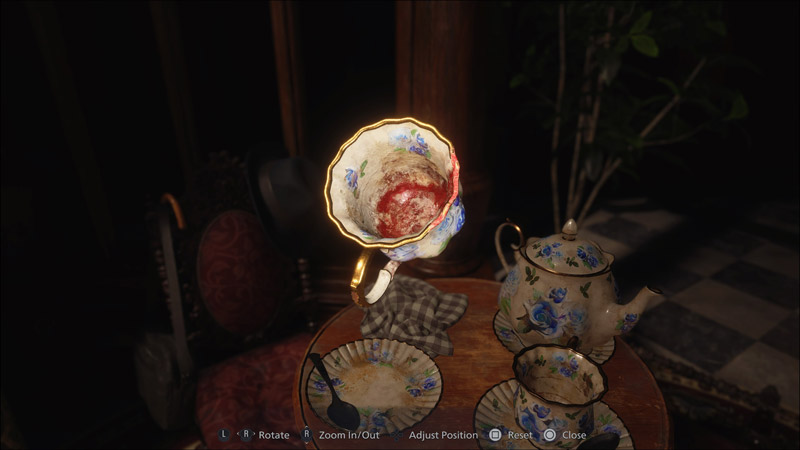 Waking up to a surprise Resident Evil demo kind of feels like Christmas morning, and I love it. The demo kicks off in a grim dungeon area, where the Maiden is trapped in a cell with no way out. Thankfully, no guards were around - so I could inspect my cramped surroundings in relative peace. After poking around for a bit, I discovered a letter between loose bricks in a wall, detailing everything I needed to do for escape. The letter was written by someone else who was trying to escape too, though I never did find out who it was.

After crawling out of my cell into an open one, I found myself able to walk around the dungeon freely. Resident Evil Village producer Peter Fabiano earlier confirmed that Maiden would make full use of the PlayStation 5’s capabilities, saying that, “you’ll be able to enjoy the ray tracing and 3D Audio that PS5 offers.” I’ll tell you right now: the ray tracing did absolutely nothing for me (I even found a mirror with no reflections), but the 3D Audio was an incredible addition. 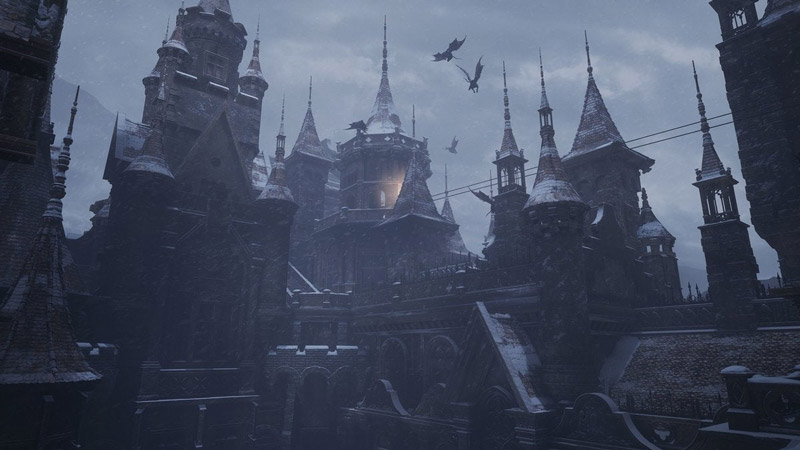 I could hear droplets of water falling from the ceiling and forming puddles to my right, and vicious zombies thumping against a barricaded door to my left. Maiden adopts the Resident Evil 2 lighting formula of ‘you can see literally nothing except for what’s in front of you’, so I was constantly on the edge of my seat, spinning my camera around when I heard a door creak, and moving cautiously in case a bloodthirsty surprise hid around the corner.

Pair that with the gorgeous visuals provided by Capcom’s fine tuned RE Engine, and you’ve got an incredibly immersive horror experience. The dungeon was filled with grisly torture devices, like chairs lined with spikes (dear God, why?!) and tables full of knives. A couple cells housed bodies - some stacked on top of each other in body bags, and others dismembered and hung from the ceiling. It's a fairly spooky place. There are some very light puzzle-solving in this demo, but it’s a much easier experience overall than Resident Evil 7’s Beginning Hour demo. You’ll get through the dungeon in no time, especially since Maiden doesn’t feature much combat. Well, I say much…

Maybe I should’ve stayed in the dungeon 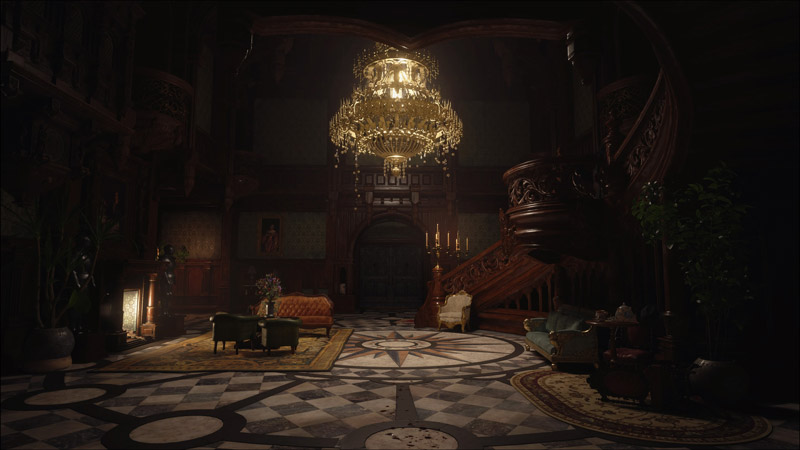 Don’t let your successful dungeon escape lull you into a sense of false security - the horrors have only just begun. Once I made it out, I found myself in a wine cellar-like area filled with barrels oozing a suspicious liquid (more on that later). After that, I was in the castle foyer we’ve seen so much of in Village’s trailers. This is an absolutely gorgeous, nigh-photorealistic place with a sweeping staircase, glimmering chandelier and cosy fireplace. The chandelier and fireplace really underline just how beautiful the RE Engine’s lighting system is, as seen above.

It’s downright medieval. There are suits of armour lining the fireplace, and a certain old-timey royal flavour to the set dressing. At this point, I was starting to see Maiden for what it really was - not a slice of Village, but a walking sim-like journey introducing players to the game’s atmosphere. It also goes big on environmental storytelling. There’s a lot left unsaid in Maiden, but poking around by picking up items and reading letters reveals quite a bit about the women who inhabit this place.

At one point, I found a letter written by an incredibly frightened worker at the castle, who identified one of the women as ‘Miss Daniela’, saying she had heard wailing at night, “as if ghosts roam the halls.” In the foyer, I found a teacup caked with lipstick on the outside, and blood on the inside. Another document detailed Castle Dimitrescu’s famous wine vintage - Sanguis Virginis. In English, that’s maiden’s blood. Other items refer to 'test subjects' and medicine for 'livestock'. The hints here are certainly not subtle, especially when you remember those icky barrels. We’re dealing with a family of vampires in an ancient castle - that’s as Gothic as it gets. 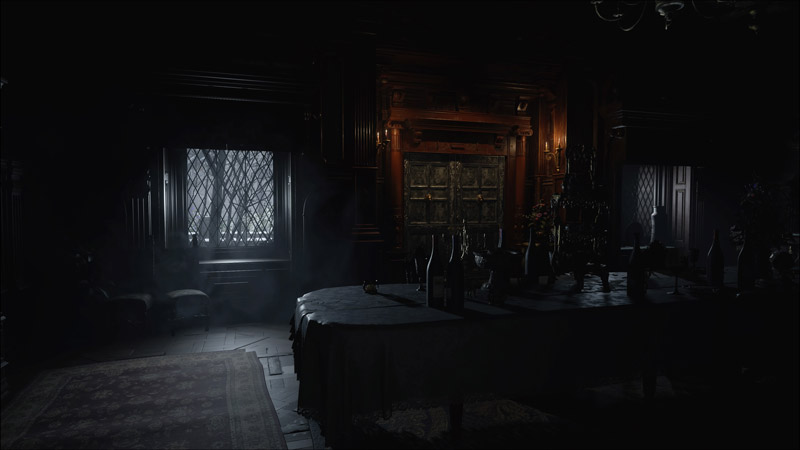 Just as I found my way out of the castle, one of the demonic daughters appeared from a swarm of insects, much like Marguerite Baker from Resident Evil 7. She told me she was ‘thirsty’, and that she wouldn’t be able to last ‘until dinner’, so she took a sizeable chunk out of my neck despite my best efforts. Running over to a dining area, I managed to find a key to the exit. Unsurprisingly, the door opened to reveal Lady Dimitrescu - you know, the buxom lady folks on Twitter have gone absolutely insane over since her reveal.

Dimitrescu seemed rather pleased to ‘finally meet’ me, only to pick me up, pop Wolverine-like claws out of her hands and shove them into my face. I mean, what the hell, lady? I thought we had a good thing going. Once the Maiden’s fate is sealed, the demo ends - suggesting that she’s one of Castle Dimitrescu’s many victims, and there was really no way to save her in the end. Fabiano did mention that the full game will reference the demo however, so we might be able to piece together what happened to her then.

You want me to run away from the tall vampire lady? 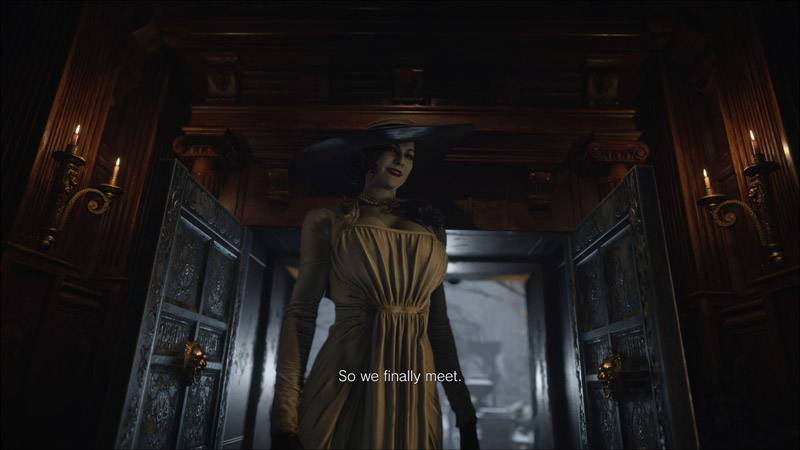 Maiden was a really, really promising demo - despite its short length and simplicity in gameplay. There was no combat, unless you can count running away from one of Dimitrescu’s vampiric daughters as such. There was only light puzzle-solving, which really just boiled down to finding things and sticking them into other things. Still, the atmosphere I experienced here made me unbelievably excited to play the full game. It's soaked in the same level of horror as Resident Evil 7, even if it's going at it a completely different way.

These environments were so gorgeous to look at, somehow feeling like a throwback to both Resident Evil’s Spencer Mansion and Resident Evil 4’s Castle at the same time. Castle Dimitrescu is oppressive and enigmatic, and you never feel like you can predict what’s going to be around the next corner. Each document I picked up only served to deepen Village’s mystery, raising more questions than they answered. Who are these vampire women? Why does Ethan come to see them in Romania? How on Earth does Chris Redfield tie into all of this?

I don’t know, but I am absolutely pumped to find out. Ethan Winters though, not so much.

Resident Evil Village will launch on May 7, 2021 on PlayStation 4, PlayStation 5, Xbox One, Xbox Series X and PC. Another game demo will be released closer to release.