Impressions: Kingdom Hearts Melody of Memory is a musical tour of the franchise

Impressions: Kingdom Hearts Melody of Memory is a musical tour of the franchise 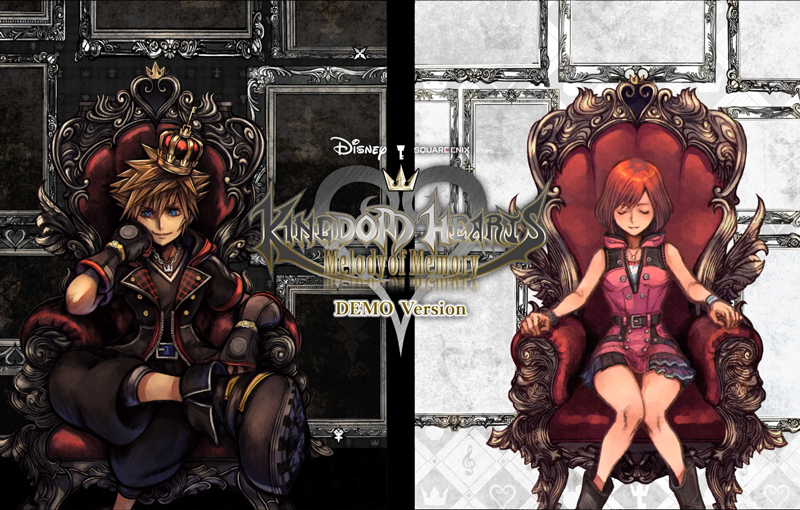 I recently had the opportunity to get hands-on with a demo version of the upcoming game, thanks to Square Enix. Let's find out how it went. 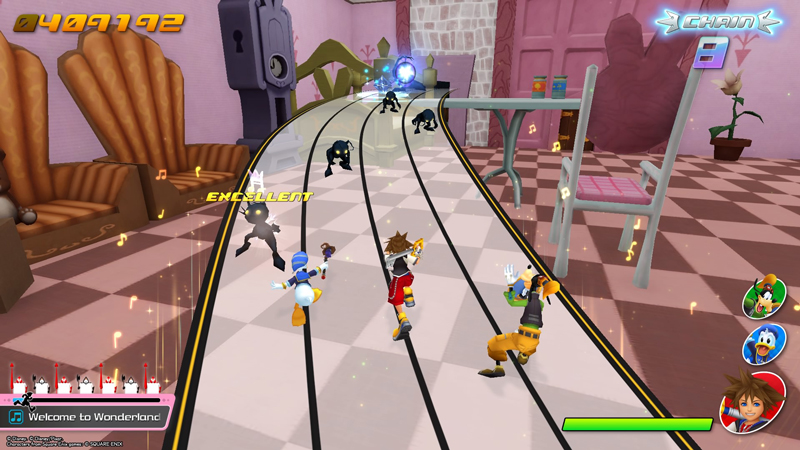 As far as demos go, Melody of Memory’s was a rather short jaunt. The final game will feature over 140 songs from the entire franchise, but I only got to play through four. Granted, these were four really good songs from some of the game's most iconic moments and worlds. I was sceptical at first of its gameplay, but hearing the Wonderland theme from the first Kingdom Hearts game sucked me in very quickly.

Melody of Memory largely keeps to standard rhythm game design, with a couple additions that make it feel unique to Kingdom Hearts. Once you select a song, you’ll be thrown onto a winding track that Sora and his party members must run through. Naturally, familiar enemies won’t make things easy and try to stop them, but that’s where timing comes in. Actions like attacking and jumping will have to be timed to the music, but obvious visual and audio cues make them super easy to execute well.

You’ll also run into other objects along the way like chests, which you can smash for points. Once in awhile, Sora will get the option to glide and pick up musical notes in the air, which give you a breezy point combo when the game decides to give you a break from all the action. Since there are three lanes of enemies for each party member, you’ll often have to press more than one of the three available attack buttons one after another, or all three at once if enemies arrive in trios. That gets even more complicated when you have to factor in jumps, dodges and special ability attacks for the bigger enemies.

I always come into rhythm games forgetting how difficult they tend to be, and this was no different.

Where are my Keyblades at? 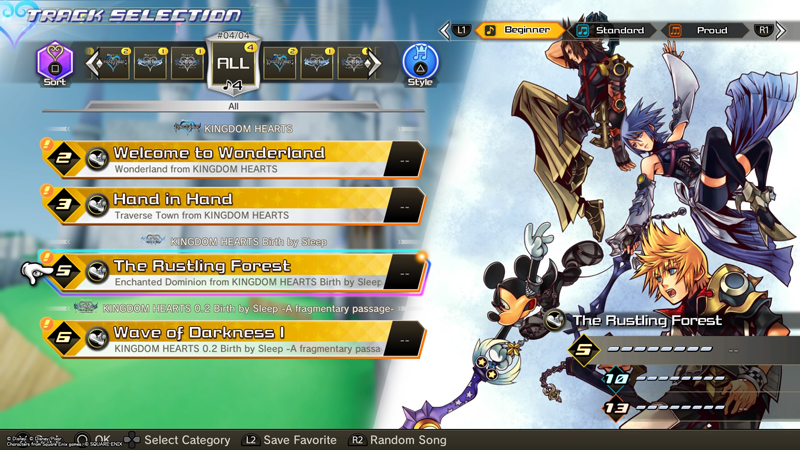 The game’s tutorial is a pretty effective way to get you used to its mechanics - even if you’re not familiar with this style of rhythm game. Still, things can get chaotic when enemies start to clutter the screen, and you have to start dodging projectiles as one character, and attack with another simultaneously. You’ll have a HP bar throughout any given song, which gets lower and lower depending on how many hits you take. You’ll lose if the bar hits zero, having to start the song all over again to complete it.

I noticed that items were also available in the main menu, though I had no way of accessing them or finding out how to get them. It’s likely that they can be earned via the main story, and used to either regain health or get you out of sticky situations. The levels themselves are pretty fun to play through, as long as you’re into rhythm-style gameplay. The UI and character models seem to be lifted directly off of Kingdom Hearts 1 and 2’s remasters, which is both a blessing and a curse.

On one hand, it truly feels like a Kingdom Hearts game first, and a rhythm game second thanks to how authentic everything looks and feels. On the other hand, it feels bizarre to return to the same tired character designs seen in multiple remasters and spin-offs after Kingdom Hearts 3. It’s a downgrade in every way. Still, it doesn’t take away from how great these tracks look. Enemies are fairly diverse - so it’s not all Darkness types, thankfully. Kingdom Hearts’ music has always been fantastic, so a rhythm game like this fits perfectly into the franchise. It’s wonderful to hear how well Yoko Shimomura’s compositions have aged, and I’m looking forward to more of that nostalgia in the full game. 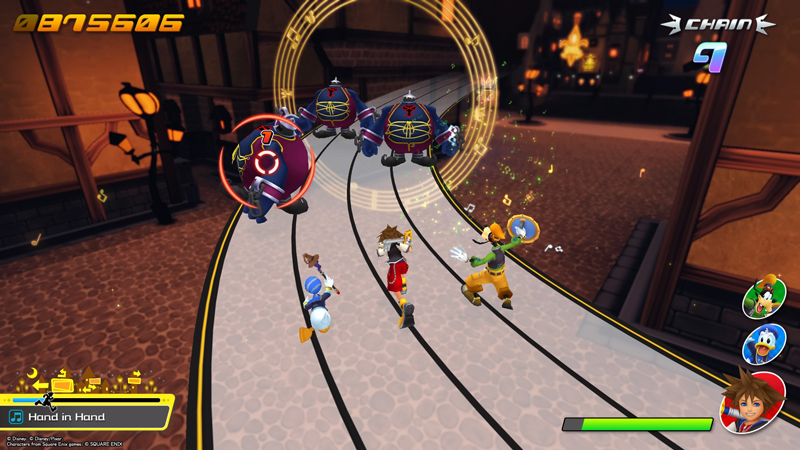 For a demo, Melody of Memory boasts an impressive amount of difficulty options. There are the old familiars: Beginner, Standard and Proud, increasing the difficulty of gameplay and how button-mashy things can get. You can also choose between three playstyles: Basic, One Button and Performer. Basic is the default option, and personally the one I found most comfortable.

One button is for those who really just want to fly through the game unimpeded, simplifying gameplay by having your teammates auto-attack enemies. Performer is much more advanced, requiring you to hit even more attacks with different buttons. Between the difficulty options and these playstyles, I had a ton of ways to make Melody of Memory feel right. I did settle on the default options in the end, but Performer seems like a good challenge too.

The main game will have a couple of game modes, including World Tour (the story), Track Selection and Museum. In this demo however, I only got to try out Co-op as an alternative game mode, which has you working together with other players in couch co-op. This is basically the same as playing through a normal track, but both players’ scores are added together in the end, and difficulty is upped accordingly. 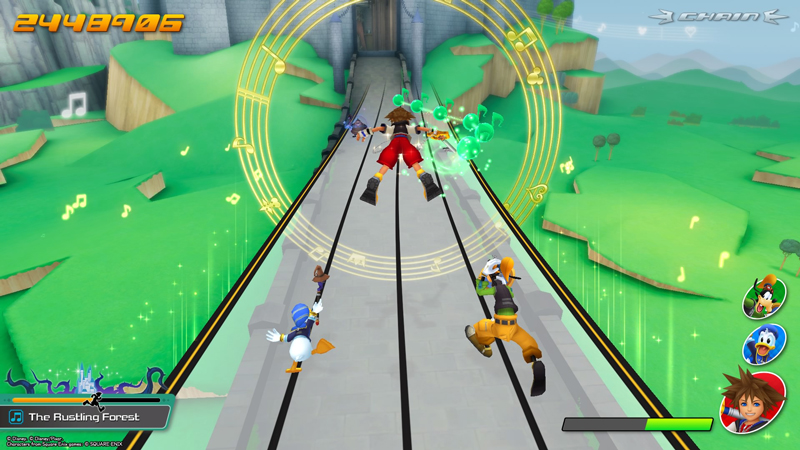 Kingdom Hearts: Melody of Memory isn’t exactly my type of game, and certainly not where I hoped the franchise would go next initially. Having played a bit of it now however, I can see its value. Older fans will really appreciate going through tracks and soaking in the music, while admiring nostalgic visuals and cutscenes that play in the background. I can’t say this for certain just yet, but the game’s developers have claimed that Melody of Memory is a great introduction to the franchise for new players too.

As long as the gameplay remains this tight and more RPG mechanics come into play in the full game, I can see Melody of Memory being a whole lot more fun than I thought it would be.

Kingdom Hearts: Melody of Memory launches on November 13, 2020 for the PlayStation 4, Xbox One and Nintendo Switch.