If you paid S$15,000 rent and filled your home with flagship Samsung appliances, you'd live here

If you paid S$15,000 rent and filled your home with flagship Samsung appliances, you'd live here

What would you do if you suddenly became fabulously wealthy? Maybe rent a luxury penthouse apartment in a ridiculously expensive serviced condominium just behind Orchard Road, and kit it out with top-of-the-line Samsung appliances? That's what I did.

Okay, so actually, I was just there for the weekend, courtesy of Samsung, but hey, I can dream right. Let's go for a tour of the house:- 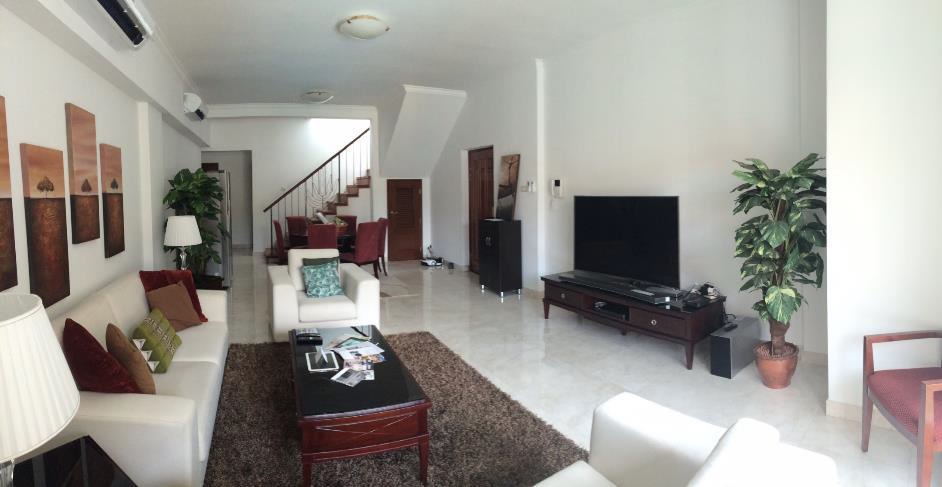 Here's the living room. Yep, those are stairs at the back.

Those stairs lead up to this rooftop terrace with its own bbq area and a private hot tub. 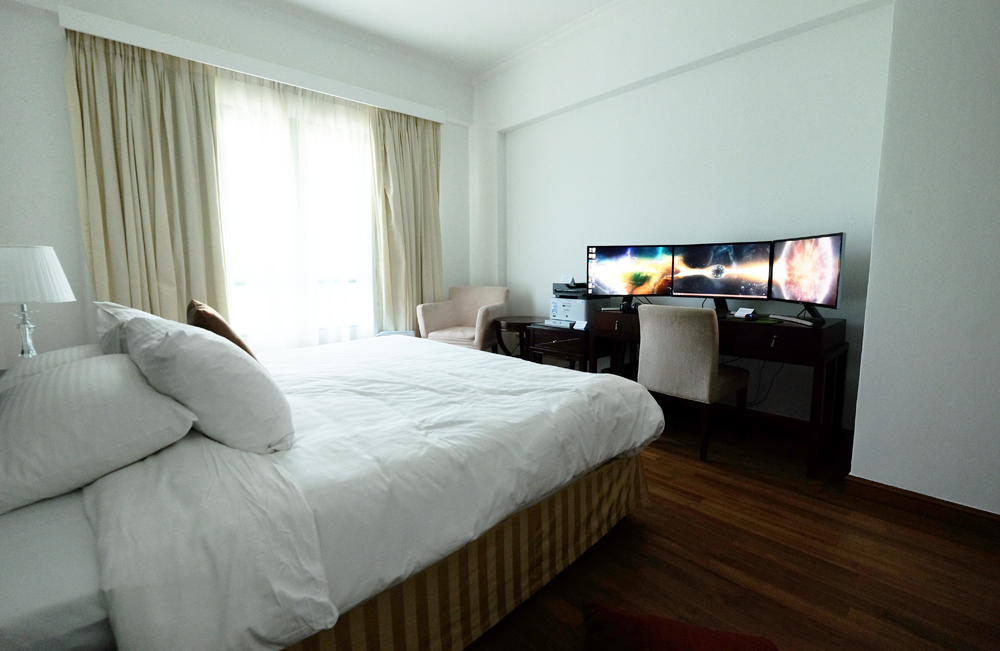 And here's one of the three bedrooms (all with en-suite bathrooms attached).

Here's one of the bathrooms. That's a jacuzzi bathtub in the corner.

Back in the bedroom, on the desk, there's a computer with a triple monitor setup using three 27-inch Samsung LS27D590CS curved monitors. Since each monitor is curved, and the tri-monitor setup itself is also curved, you end up with a sort of weird scalloped effect. Having said that, the curve on Samsung's curved monitors is much less noticeable than on its TVs, so it's not really noticeable unless you look at it from the top down. 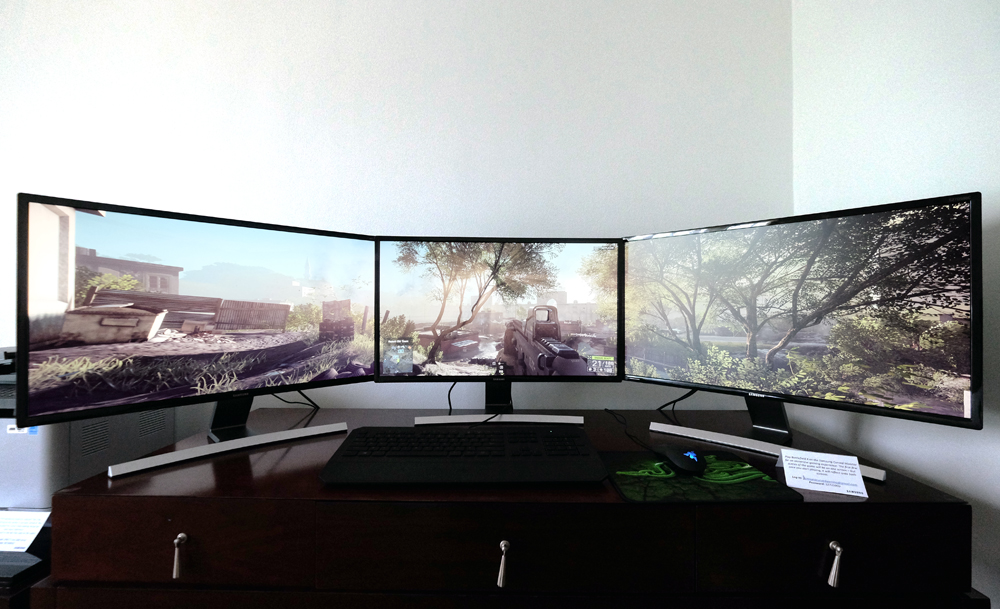 Here's the view from the front (the game is Battlefield 4). Each LCD monitor has a Full HD 1,920 x 1,080 pixels resolution, resulting in a total resolution of 5,760 x 1,080 pixels. The problem with multi-monitor setups is always the bezels between the displays. On the LS27D590CS, they're fairly thin, so it's not too distracting, but still, it's hard to ignore them entirely, especially in bright scenes like the one above.

The bezels are glossy black plastic, while the screen itself is thankfully matte and non-reflective. Each monitor also benefits from Samsung's mega DCR technology (Dynamic Contrast Ratio) which dims the display slightly in darker areas, resulting in deeper blacks. It's no AMOLED screen, but it's better than a standard LCD panel. 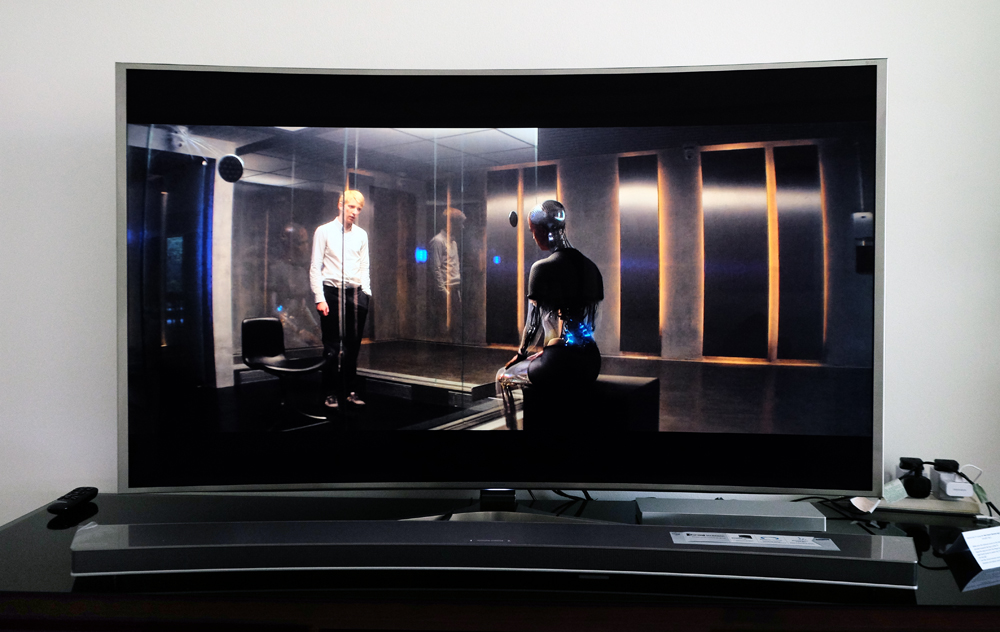 Back in the living room, there's a 65-inch 4K UA65JS9000K Curved SUHD Smart TV (I'm watching Ex Machina here, which I highly recommend). As far as TVs go, this is one of the nicest I've seen. The strong curve (it's much more noticeable than the monitors), slim bezel and steel frame, look luxurious and elegant, and the one-piece TV stand has the same high-quality metal finish as the TV itself.

The TV's LED-backlit LCD display panel has a 3,840 x 2,160 pixels resolution. The curvature of the panel measures at 4200R, or a 4.2m radius, which is actually quite pronounced. The TV also features 60W 4.2 channel front-bottom speakers.

About that curve, while it certainly looks nice, I'm not sure that it actually enhances the viewing experience. I've heard claims about more immersion and that making every part of the screen equidistant from your eyes when you're seated properly in front of the TV results in an enhanced picture, but I can't honestly say that I thought the experience was better because of it. Sure, the screen is large, but it's not nearly large enough (think IMAX) to really immerse me in it.

Below the TV, you'll spot a matching Samsung HW-J8501 65-inch Curved sound bar. This massive sound bar boasts 9.1 channel sound powered by a huge 350 watts of power. The detail coming from this thing is phenomenal, with a wide soundstage and booming audio thanks to eight individual amplifiers dedicated to each speaker. 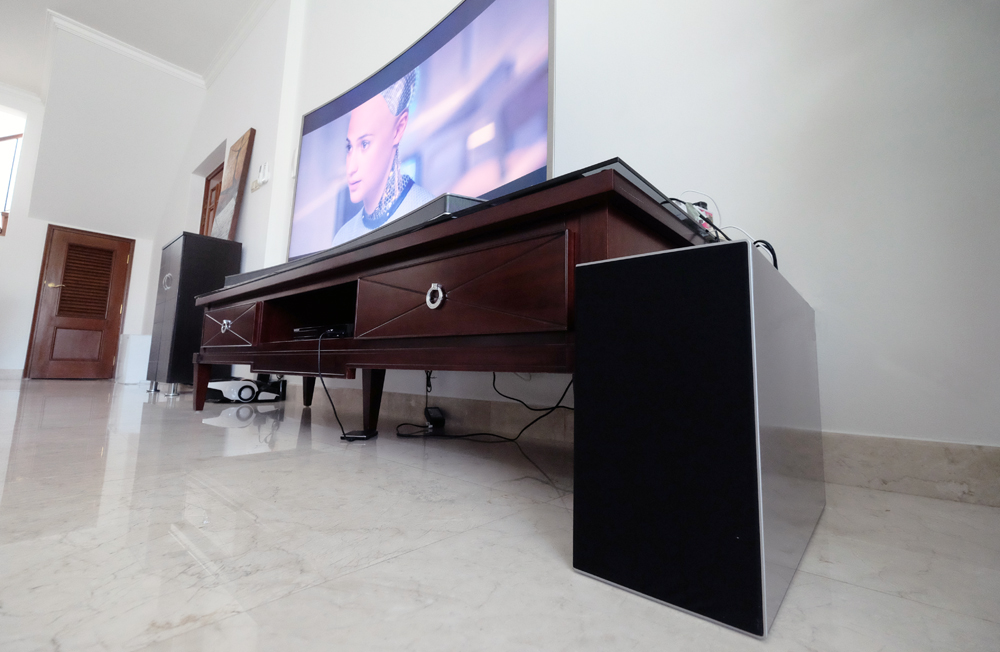 The sound bar also comes with a monstrous subwoofer that cranks out heart thumping bass. 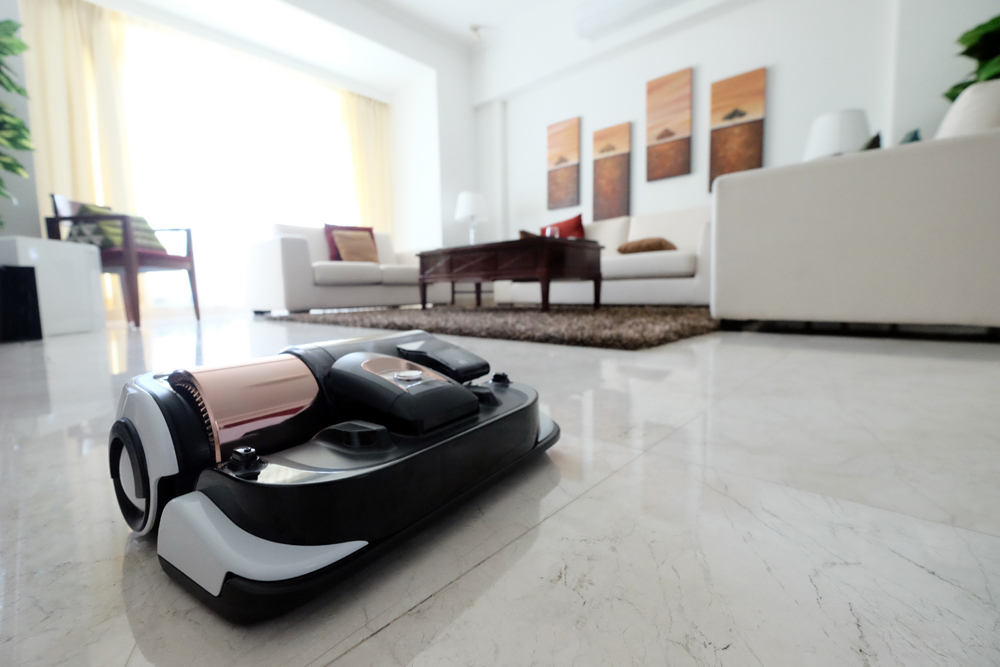 To keep the living room clean, Samsung has installed this little guy, the PowerBot VR9000. We first saw this robot vacuum cleaner back at IFA 2014, and we were able to get a closer look at it earlier this year at Samsung's Southeast Asia Forum in Bangkok. The little robot is quite expensive (S$1,499) but also has a few tricks up its sleeve that separate it from the competition. For example, its unique Point Cleaning system lets you use its remote control as a laser pointer and have it navigate and clean up whatever spot you're pointing at. It's a bit like owning a less furry, slightly more sluggish cat.

Cleaning performance seems quite good, although the serviced apartment is cleaned daily by actual humans, so the PowerBot might be taking undue credit here. I dropped a few cookie crumbs on the floor and shone the laser at them to see how it fared and it zipped over to suck them up without any problems though. 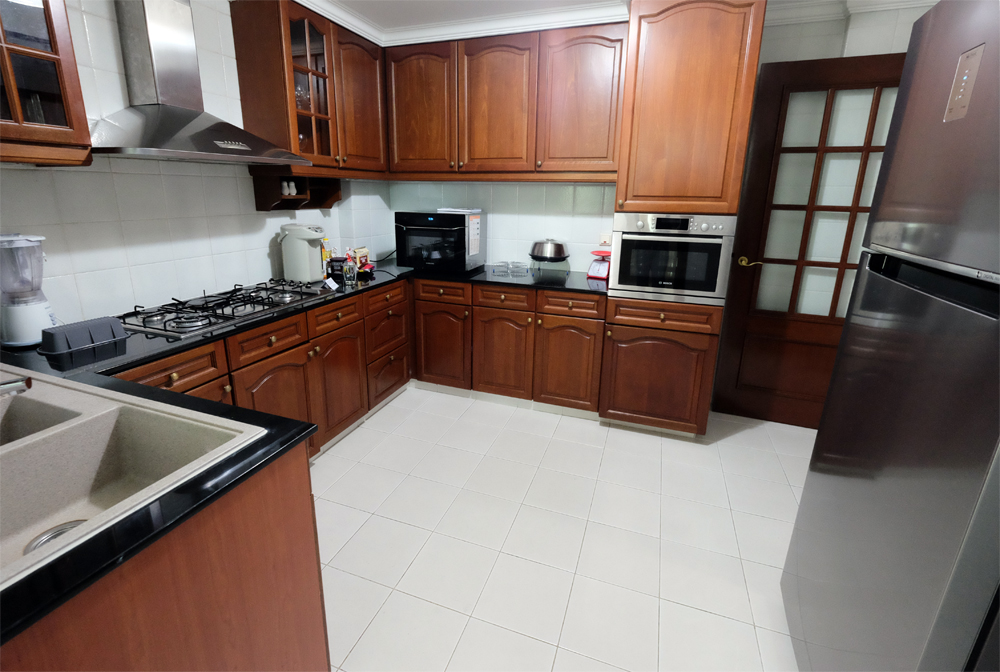 Here's the kitchen. In the corner, there's a Samsung MC35J8088LT Smart Oven/Microwave. Generally I don't do much baking, but since the opportunity presented itself... 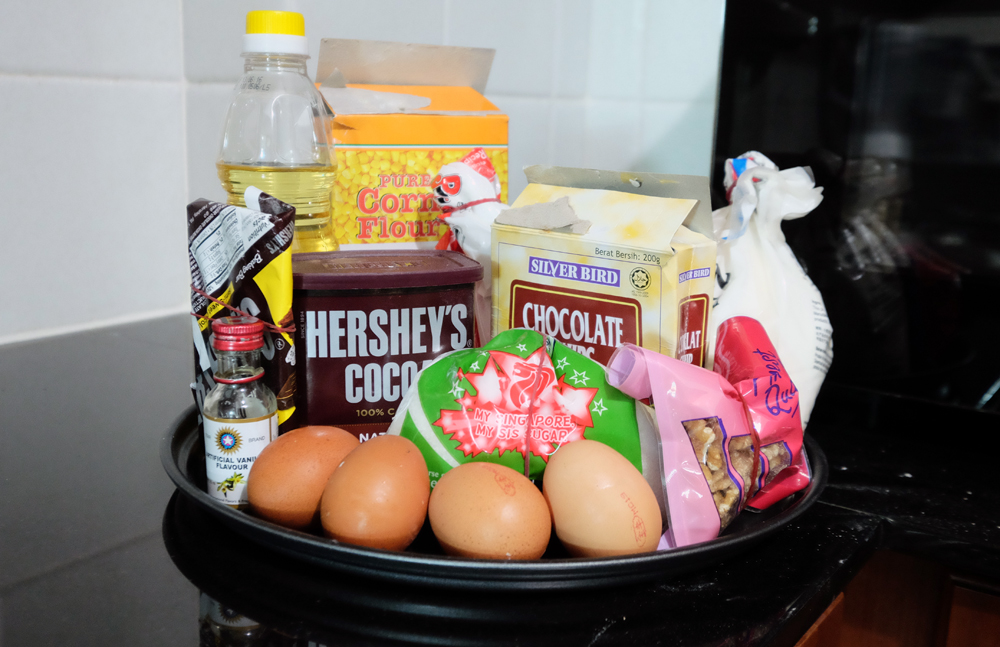 The oven doubles up as a microwave, and also has a multitude of other functionality, including bread making and some kind of air fryer-style technology. 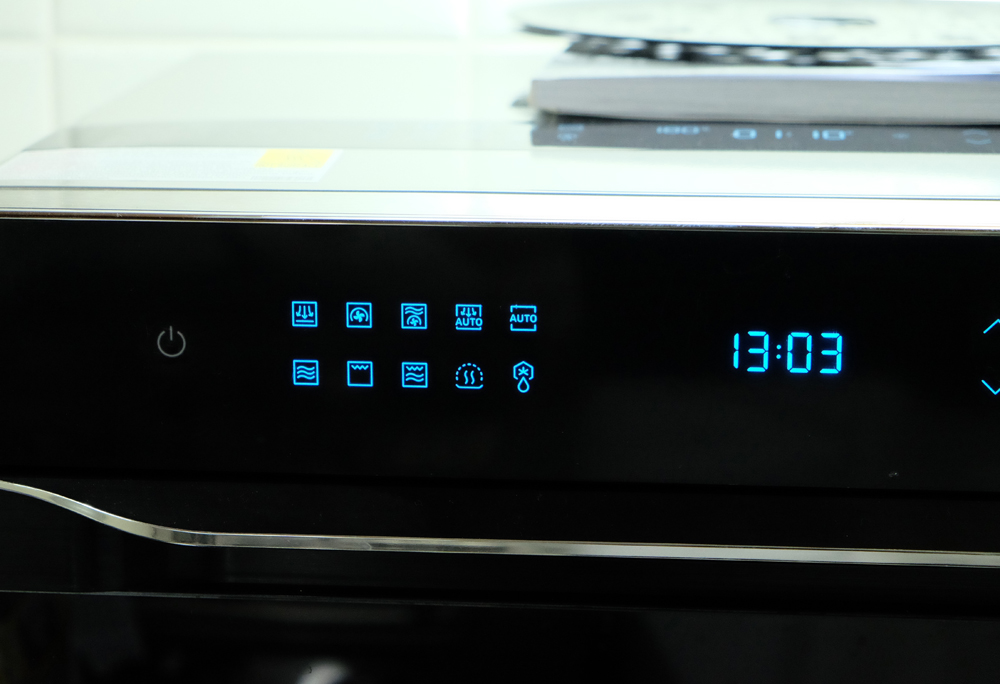 The oven has a touchscreen interface to control it with a bunch of little symbols for each mode. I honestly had no idea what any of them do, and I didn't read the incredibly thick manual, which you can see sitting on top of the oven, but after fumbling around with the options for a while I managed to work out the difference between the pin wheel with the semi circle over it and the smaller pinwheel with the semi circle over it and some wavy lines over that (convention oven and convention oven/microwave combo - of course!). 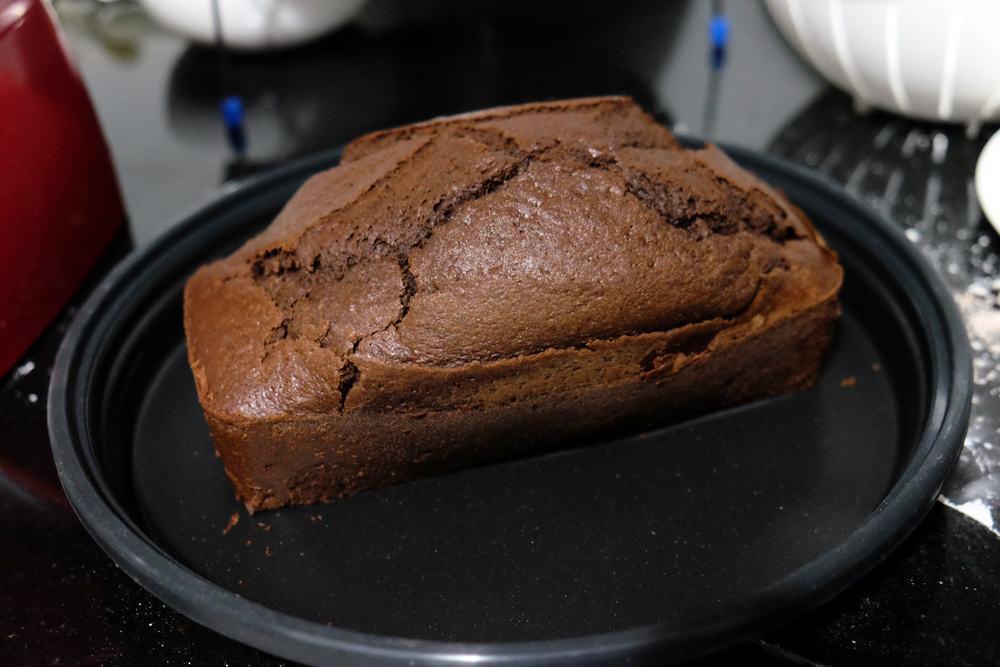 And err... here's the result. Yes, it sort of looks like a brown loaf of bread that exploded in the middle, but it tasted better than it looked, although it was a bit dry. Personally, I found the oven a bit too complicated to use, but experienced chefs and bakers will probably enjoy the wealth of options it has. 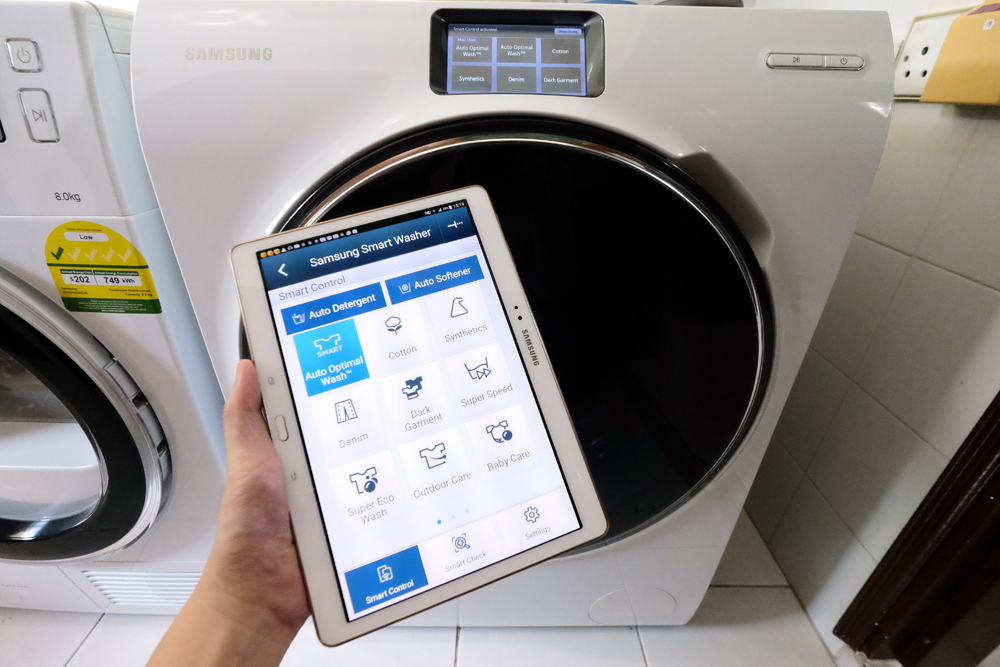 And finally, next to the kitchen, there's a washer/dryer room fitted with a WW10H9610EW Crystal Blue Front Load Washer. This is without a doubt the most advanced washing machine I've ever seen. The main control panel on the washing machine is an LCD touchscreen. But since it also has Wi-Fi connectivity, you can control it through your tablet or smartphone as well.

Why, you ask, since you need to manually load your clothes into the washing machine anyway? Well the idea is you can put your laundry load in in the morning, go to work, and remotely start the washing cycle when you're on your way home. That way, it will complete just as you reach back, so you can take it out and put it in the dryer.

Like most washing machines, it has a number of different wash settings, depending on what you're washing. It also has a 'smart auto optimal' wash setting, that automatically weighs your laundry load and calculates the time required to wash it. There's no detergent or softener compartment either - or rather, there is, but it's inside the machine. You just load it up full of detergent/softener and the machine will automatically dispense however much you need based on how much laundry is inside. It's pretty awesome.

So what did I learn from living for two days in a S$15,000 a month apartment? I need more money.