I used LG’s self-following, cordless vacuum cleaner and it was actually fun

I used LG’s self-following, cordless vacuum cleaner and it was actually fun LG’s CordZero Canister loses the power cord (and the hassle)

I’ll put this out there first: I’m a neat freak. I actually like cleaning and appreciate a clean space. If you like cleanliness too, chances are you might like LG’s CordZero Canister vacuum cleaner, which isn’t just good at cleaning but is also cleverly designed. In fact, it recently won a Red Dot Award for Product Design. 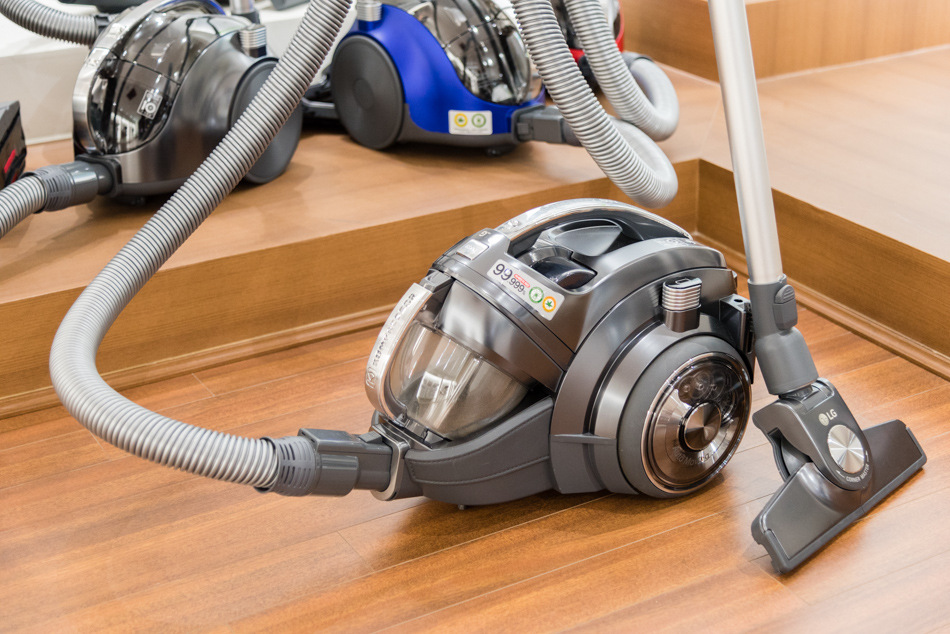 The CordZero name refers to the fact that the Canister is powered by a built-in lithium-ion battery PowerPack 80V. The battery still offers impressive suction and will last up to 40 minutes in regular mode. According to LG’s market research, ease of use and performance were two things that vacuum owners really wanted, and one way to provide a breakthrough in convenience was to invent a cordless vacuum cleaner. LG then spent 10 years on R&D to make a vacuum cleaner that runs on batteries, yet is still plenty powerful.

It makes sense. A cordless vacuum cleaner means that you won’t have to struggle with cords tangling, plugging and unplugging at power points, and stretching to clean those places that are just … out … of … reach … including places you might not have thought to bring a vacuum cleaner, like your car. When you’re done cleaning, just plug it in and charge it up.

The Canister also follows you around automatically, using what LG calls RoboSense technology. The Canister uses four sensors on the body and handle to track and maintain a distance of approx. 100cm from the user at all times.

It’s actually quite fun to use

I know, you’re skeptical. I was too. When you see the CordZero Canister being used or in videos, it doesn’t look like much is happening. When you actually take the CordZero Canister for a spin however, you feel the difference. The Canister follows you effortlessly, and it almost feels weightless at times. Instead of having to tug at it, the Canister just adjusts itself and keeps close to you at a comfortable distance. It’s very comfortable to use, more so than your standard vacuum cleaner. LG’s CordZero Handstick has one feature I really love

The other vacuum currently in LG’s CordZero stable is the CordZero Handstick. The Handstick packs a few clever features, including one I really like. The second two-in-one feature is the fact that you can detach the CordZero Handstick from its full-length handle and use it as a portable hand-held unit. Clever! What I really like however, is the new, patented Anti-Tangle Brush that ships with the CordZero Handstick. Any vacuum cleaner owner will understand the funkiness one feels when seeing a whole bunch of hair caught in the nozzle. The Anti-Tangle Brush promises to do away with all that. A motorized nozzle prevents hairs from becoming tangled on the brush, and directs hair straight towards the center to be sucked into the vacuum. When I asked LG’s designers why this technology doesn’t come on the CordZero Canister, they replied that it’s a very specific technology, the Brush has to be designed to work with the vacuum for best results. Right now it ships with the Handstick, and it may come in future models of other vacuum cleaners.