Here are our favourite new features in Windows 11 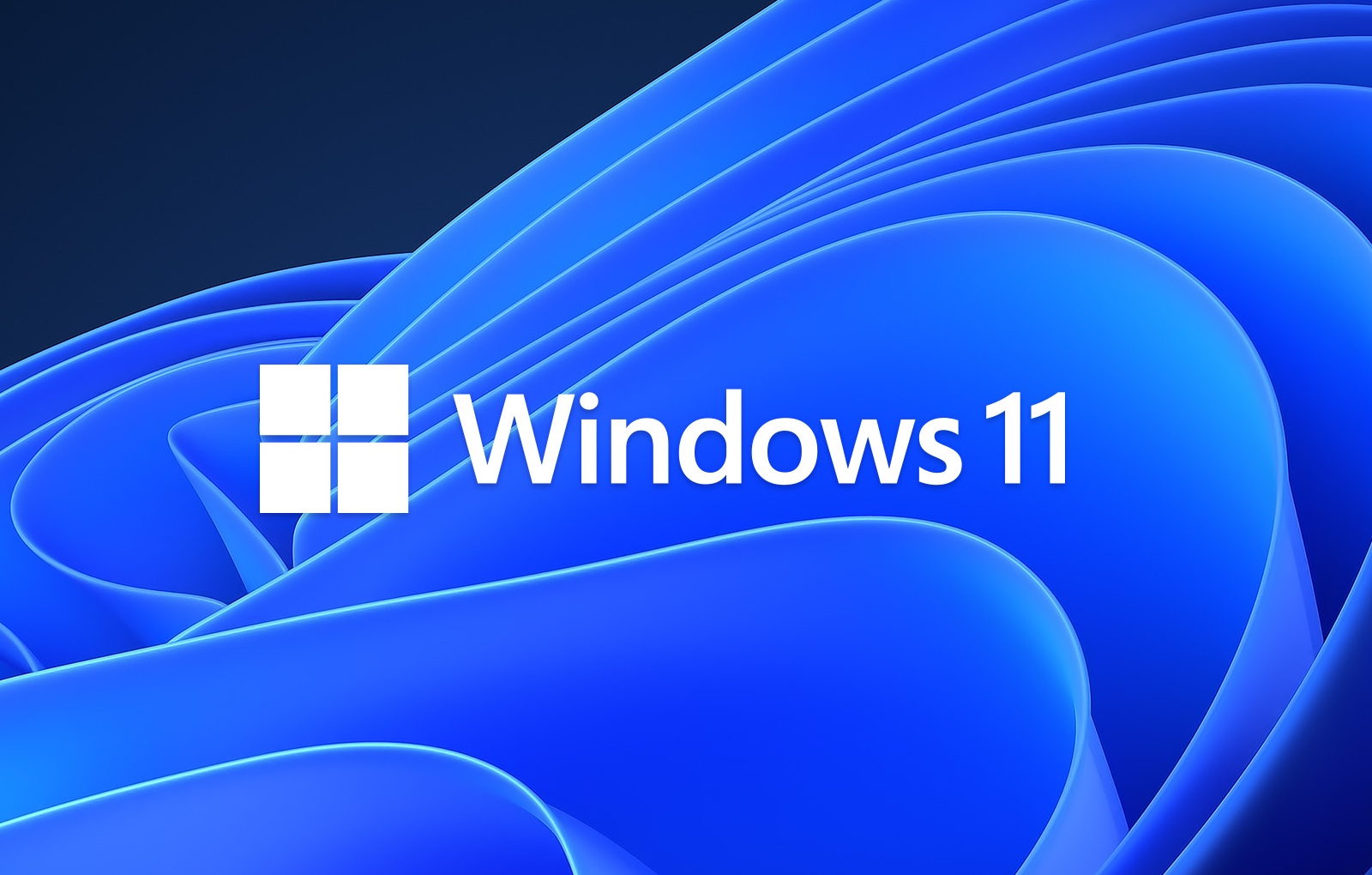 Windows 11 was previewed in June this year and showcased a redesign that Microsoft said focuses on "productivity, creativity and ease". According to Panos Panay, Chief Product Officer of Windows + Devices, the company worked to simplify the design while making it modern, fresh, and clean.

Said to be arriving during "the holiday period this year", Windows 11 is currently in beta testing with those who have signed up for the Windows Insider program.

Upgrading to Windows 11 will be free for Windows 10 users who are running the most current version of Windows 10 and meet the minimum hardware specifications to upgrade. You can check to see if you have the latest updates for Windows 10 in Settings/Windows Update. We also included a guide with some links to help you determine if your PC will be able to run Windows 11.

As Windows 11 is still in beta, the features that follow were those announced during the preview launch of the OS and in some of the beta releases since then. There are other new features like Teams Integration and Changes to the Store for developers but I won't be covering those for now. 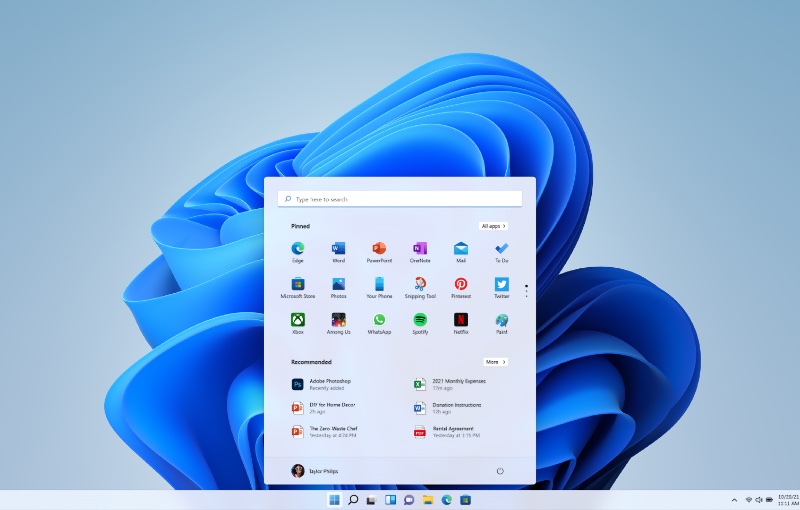 Calling Windows 10 ugly is unfair. But after years of images drawn from Bing as a wallpaper, the redesign is a breath of fresh air.

Visually it is such an improvement and just looks so much better. From the moment you log in, you are treated to a modern, fresher, and certainly cleaner look. It certainly looks neat and close to what Mac users have been looking at for a while.

Live tiles are gone, and the start button and new taskbar are in the centre of the screen making it easier to find what you need. Plus rounded corners are back too. 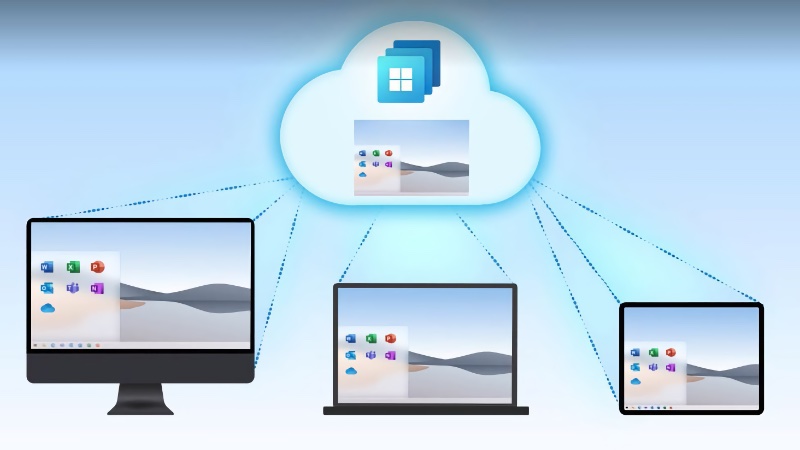 No matter what you were doing, even if you were working on an Android or iOS device, as long as they were cloud-connected then Microsoft 365 can call up the last file worked on using the power of OneDrive and Microsoft 365. So far this is free and all you need is an app and the Internet.

This is handy simply from a productivity point of view. While there were workarounds like using third-party apps like Box or DropBox, being able to use Microsoft 365 across multiple devices and pick up where you left off without extra steps just seems easier. 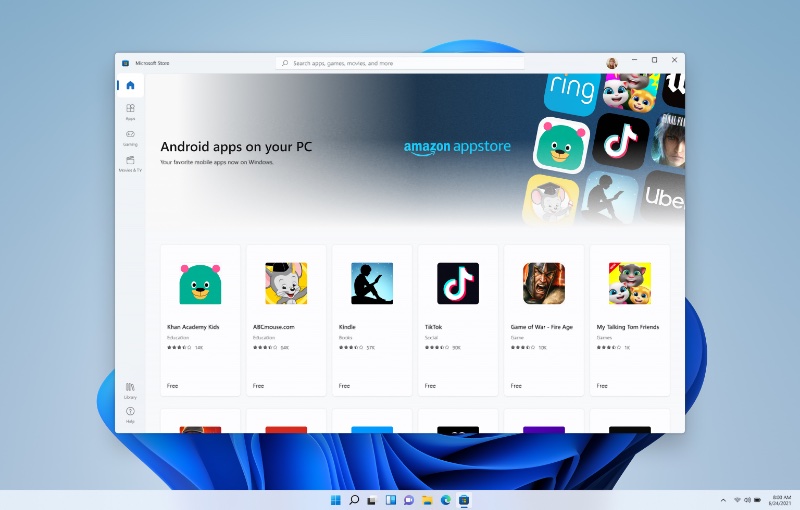 This was a shock when it was announced. Android apps on Windows! You’ll be able to access Android apps in the new Microsoft Store via Amazon's Appstore, so you’ll need to download that first. But once you do so, you’ll be able to search and use free or paid apps just like you would on a smartphone. There will also be Movies and TV programs in addition to the apps. You can also integrate Android apps into the Start bar.

I am concerned about security though. Windows has always been targeted by cybercriminals due to its popularity and although the Amazon App Store is said to be safe, I will be waiting and keeping an eye on things for a while before I install anything. 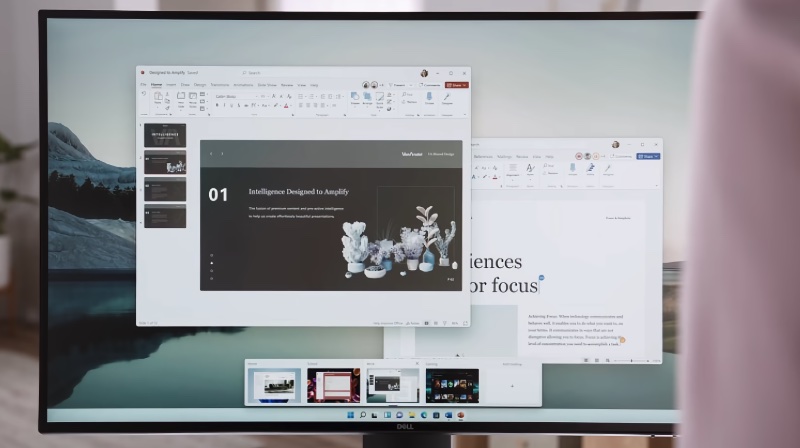 With virtual desktops, you can create something that reflects you in different states. For example, one in the morning for work and one that is more gaming-focused for use at home on your own PC. These virtual desktops can be customised with even wallpapers to suit the task of the desktop itself. So when you're swapping between them, you can visually see what you're changing to.

This can be useful if you use one or more PCs for work and personal use. During work use, all your work and productivity apps can be at the front and centre for easy access. Then when work is done, you can swap to a game or home desktop where all of your video streaming apps or games are at your fingertips.