The whirlwind weekend of Black Friday sales may have passed, but that doesn’t mean that there aren’t still deals to be had. This Cyber Monday, we’ve rounded up a fresh round of deals from around the internet in case you haven’t had enough.

AMD’s flagship Ryzen processor features 8-cores and 16-threads, so it’s quite the multi-threading workhorse for its price. This was the processor to challenge established notions about the number of cores you could expect from a mainstream processor, and it continues to be very competitive in this area against Intel’s new Coffee Lake chips.

Shipping to Singapore costs US$5.64 for the cheapest AmazonGlobal Standard option. 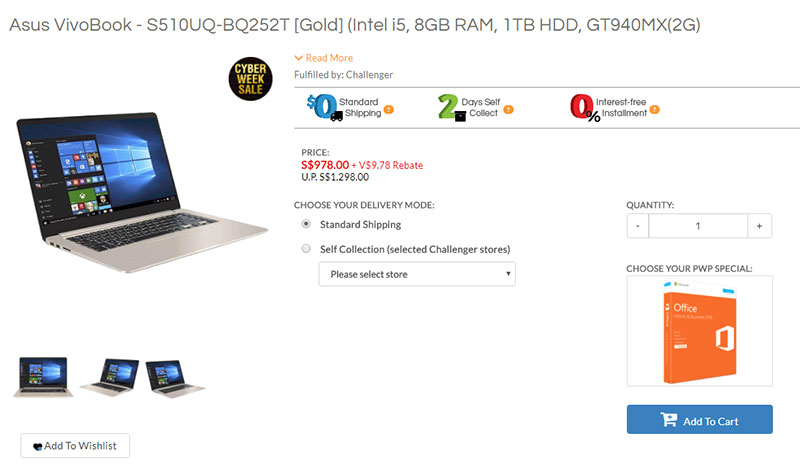 If you're looking for an affordable notebook, there's always the ASUS VivoBook S15. It's powered by an Intel Core i5-7200U, 8GB of DDR4 RAM, and an NVIDIA GeForce 940MX, which is more than sufficient for general computing tasks. There's no SSD at this price, and you get a 1TB 5,400RPM HDD in its place. 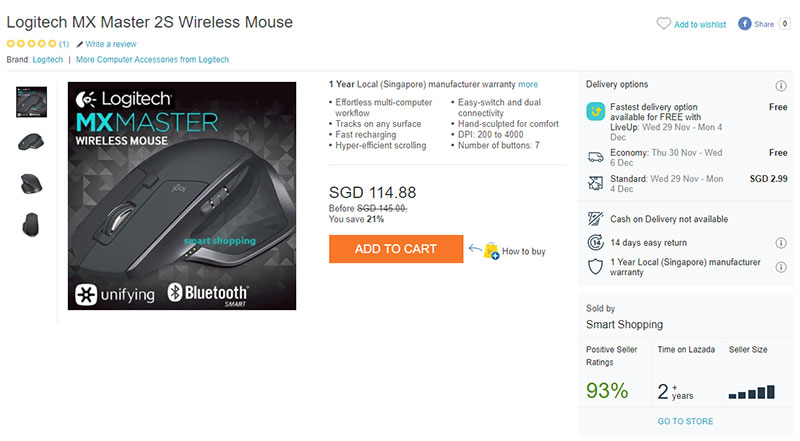 The Logitech MX Master 2S shares a lot in common with the popular MX Master, including the same ergonomic design and button layout. However, it now comes with a more sensitive 4,000DPI Darkfield sensor, which can track on any surface, including glass. The nifty Logitech Options app also lets you program app-specific behavior for the individual buttons, so you can make the most out of each of the seven buttons and two scroll wheels. 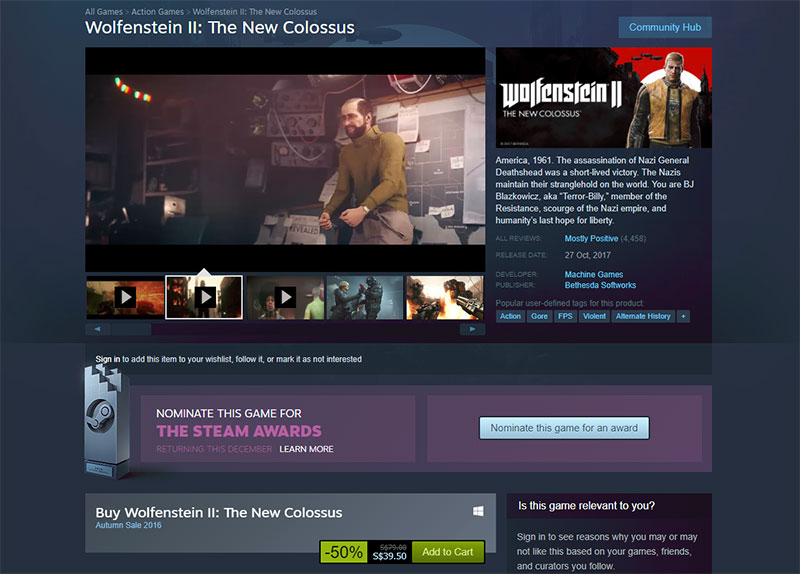 Set in an alternate reality 1960s America where the Nazis triumphed in World War II, Wolfenstein II: The New Colossus picks up immediately where The New Order left off. The story has received positive reviews for its strong writing and acting, and General Engel's one-of-a-kind brand of sadism is quite something to witness.