Time to start your week right – with the right deals!

Discounts aside, each of the following sites is doing their very own version of a 10.10 (10th October) sale:

Without further ado, let's look at the deals you're here for. 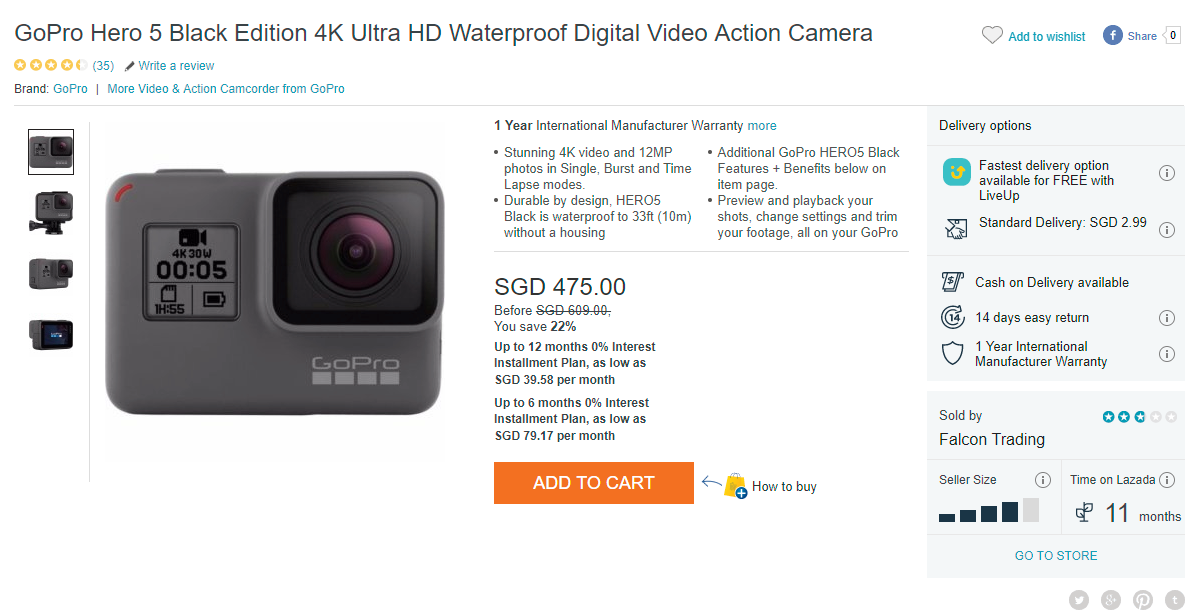 With the launch of the Hero6 model, now is an ideal time for budget hunters to pick up Hero5, which is still handy if you don’t need 4K resolution footages at 60 frames per second. Even then, the Hero5 Black can always do 4K resolution at 30FPS if you have to. It’s also a game-changing model, considering that it was the first signature GoPro to have water-proofing of up to 10m without the need for a camera housing.

Yes, it’s very much like a regular PlayStation 4, but the PS4 Pro console offers support for 4K resolution monitors and TVs, as well as HDR support. Other upgrades over the regular PS4 is the PS4 Pro’s higher-clocked processor, and a beefier GPU based on AMD’s new Polaris architecture.

The 1TB PlayStation 4 Pro officially retails at S$599. Lazada has the console at S$549 – that’s S$50 bucks off the sticker price. The discount is even more significant if you consider the markups seen in local gaming stores. If you’re not getting one for yourself, consider grabbing the console as a gift before the year-end festivities deplete its stock. 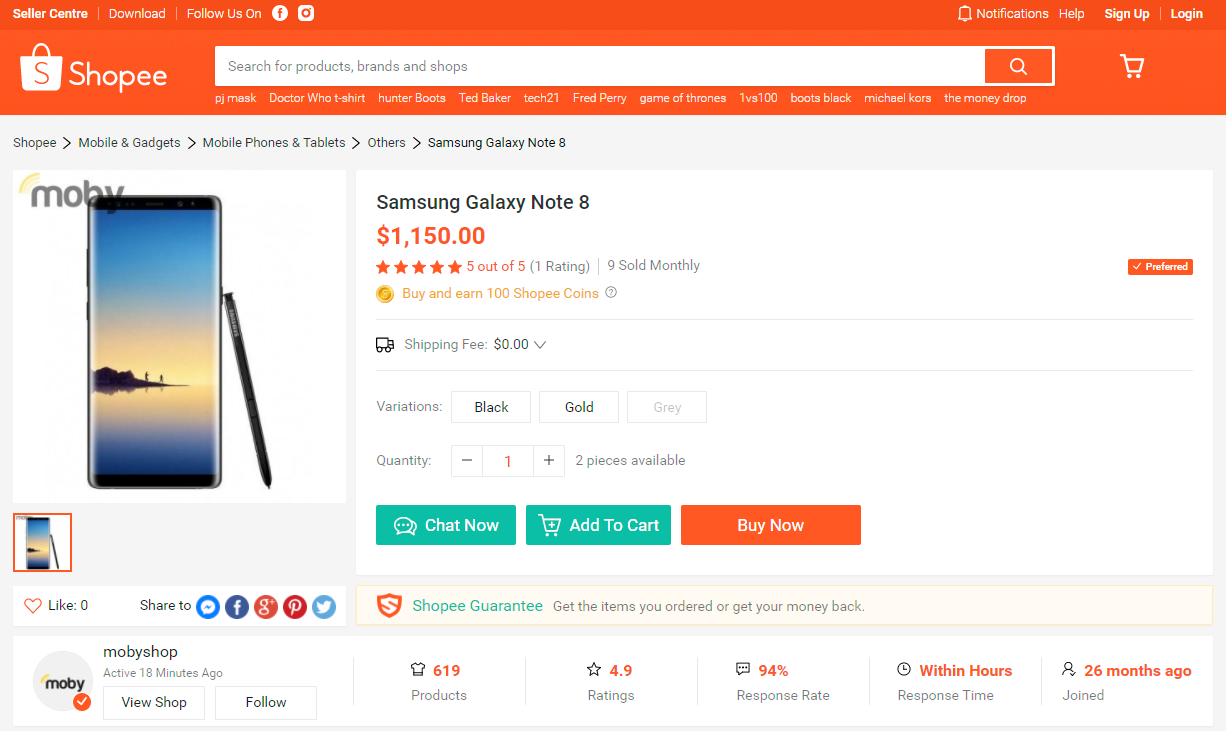 The Samsung Galaxy Note8 barely needs any introduction. It succeeds the defunct Note7 device, and it presents itself as Samsung’s current flagship handset with a much-loved S Pen stylus. It was also quite famous for its S$1,398 official price tag, which was remarkably high for Android phones for its time.

What’s more remarkable would be the alternative prices available in just a mere month after the Note8 came to Singapore. You can find the device at only S$1,150 on Shopee via Mobyshop, a third-party reseller. That’s a S$248 in savings – making it easier to swallow than its original RRP. If you’re a true Galaxy Note fan who has yet to upgrade, what are you waiting for?