Feeling down on a Monday? Maybe these deals can help. 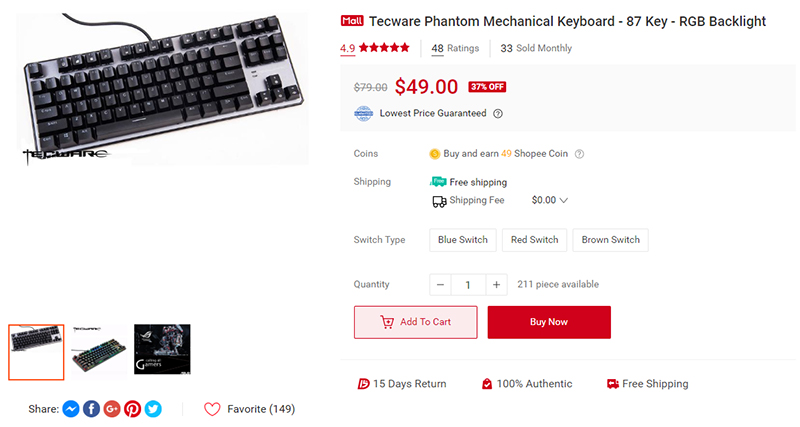 The Tecware Phantom RGB mechanical keyboard is one of the best value-for-money keyboards you can get right now. It comes with a hot-swappable PCB that will work with Outemu switches, so you're not limited to just one switch choice. In addition, it comes with per-key RGB backlighting and up to 18 different lighting presets.

The Logitech G Pro Gaming Mouse is a lightweight rodent that works great for FPS games. It weighs just 84.7g and comes equipped with a 12,000DPI PMW3366 optical sensor for reliable and accurate tracking. You can also customize the illuminated Logitech logo and light rails along the sides using Logitech's G Hub or Gaming Software.