Deals to get over Monday

The weekend is over and it is back to the grind. You know what will make you feel better? Deals, that's what. Here are some of the great deals we found over the weekend. Ah, retail therapy... 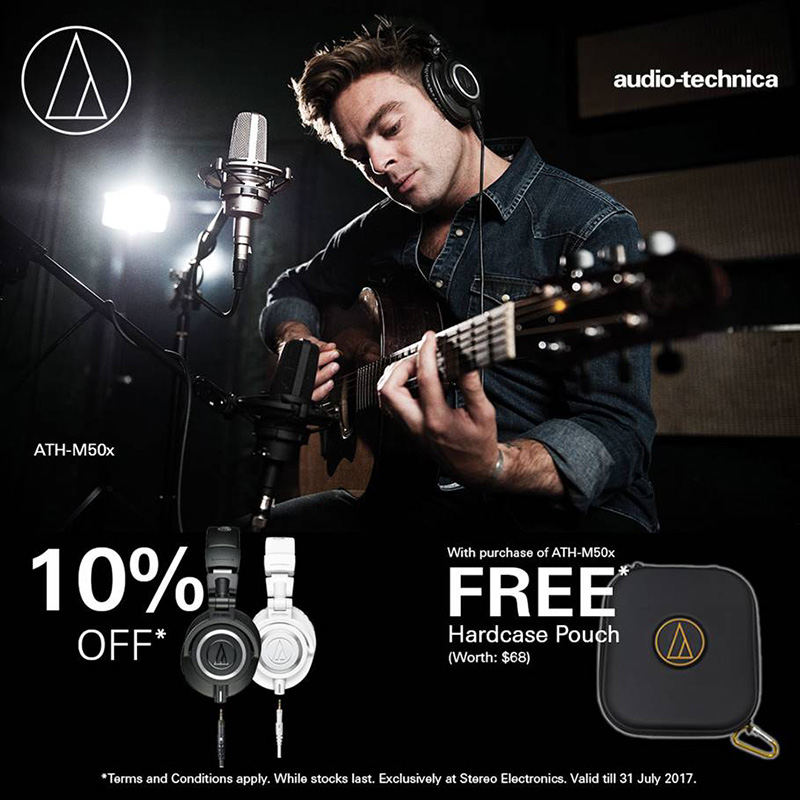 Audio-Technica's ATH-M50x headphones are almost legendary in the audiophile world. If you want a solid closed-back pair of headphones, it is hard to go wrong with the ATH-M50x. The great thing about buying them now is that you can get them for 10% off, bringing the purchase price down to S$205.20. Plus, every purchase gets you a free hard case pouch worth S$68, which is helpful for carrying your headphones around.

Check out the Audio-Technica ATH-M50x at Stereo here! 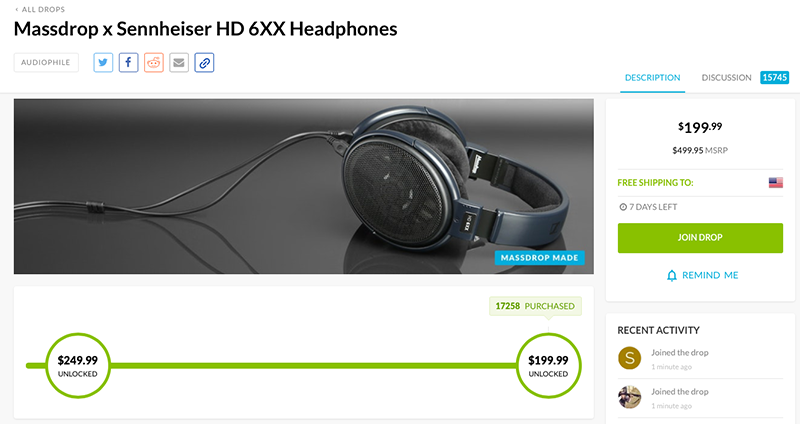 Missed out the first run of the Massdrop x Sennheiser HD 6XX headphones? The good news is that they are back on Massdrop again. For those unfamiliar with these headphones, the HD 6XX is essentially a more affordable version of the legendary Sennheiser HD 650 in a different color. So for just US$199 (S$272), this makes it one of the best buys in the audiophile world! One thing to take note though, Massdrop doesn't ship this to Singapore directly so you will need to use a forwarder. Despite this, we still think this is a great deal, considering a brand new HD 650 retails for S$699.

To celebrate the 52nd anniversary of Singapore's founding, Courts will be giving away a special voucher booklet to Singaporeans. Flash your pink identification card and you will receive a voucher booklet with over S$520 worth of vouchers with exclusive deals at COURTS, as well as F&B vouchers for over 10 dining establishments including Sakae Sushi, Neo Garden, Jack’s Place and My Briyani House. Take note, this is limited to the first 5,200 walk-in customers at all Courts outlets islandwide on 29 July. 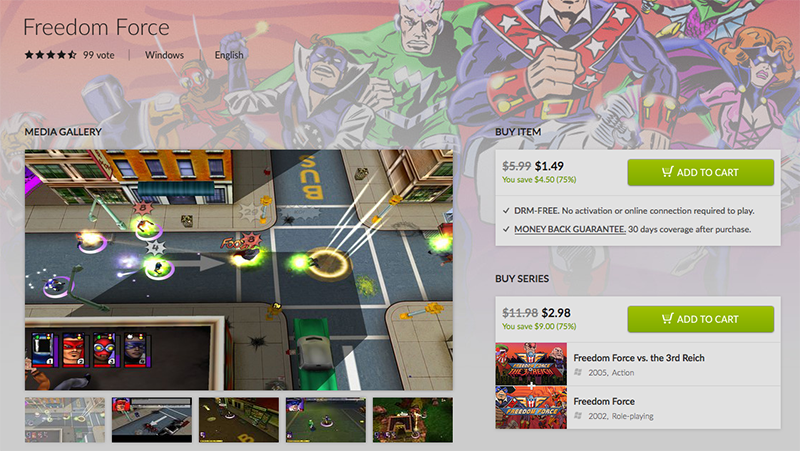 While waiting for the next Marvel Ultimate Alliance to drop, why not try out this superhero game called Freedom Force? In this game, you guide a team of superheroes and do battle with villains and monsters. You can get Freedom Force on Steam for just S$1.49. So there's no harm in trying right?

Editor’s note and disclaimer: The deals are not an endorsement or recommendation of the product from the editorial team. Instead, the listed items present themselves as a good deal based on the novelty factor and how much of a discount it is being offered from standard retail pricing at the time of publishing. Please note that we are not responsible in any way if you’re unable to secure the listed offer due to errors on our part or should the offers expire by the time you’ve checked them.