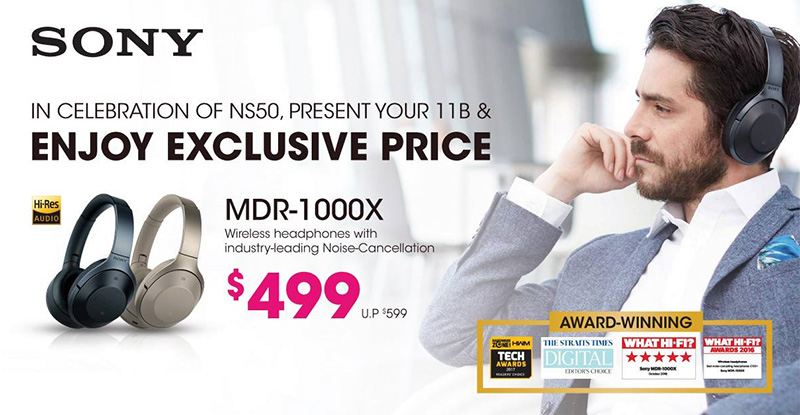 The Sony MDR–1000X is pair of highly-regarded and award-winning Bluetooth headphones. It is comfortable to wear, easy to pack for travel, and supports touch controls right on the earpads. More importantly, it offers excellent noise cancelation performance without sacrificing audio quality. Typically going for S$599, to commemorate NS50, Sony Singapore is selling it at S$499 (after a S$100 cashback) if you show your 11B pass during purchase. This promo ends on July 31, and is valid at all Sony Stores and authorized retailers. 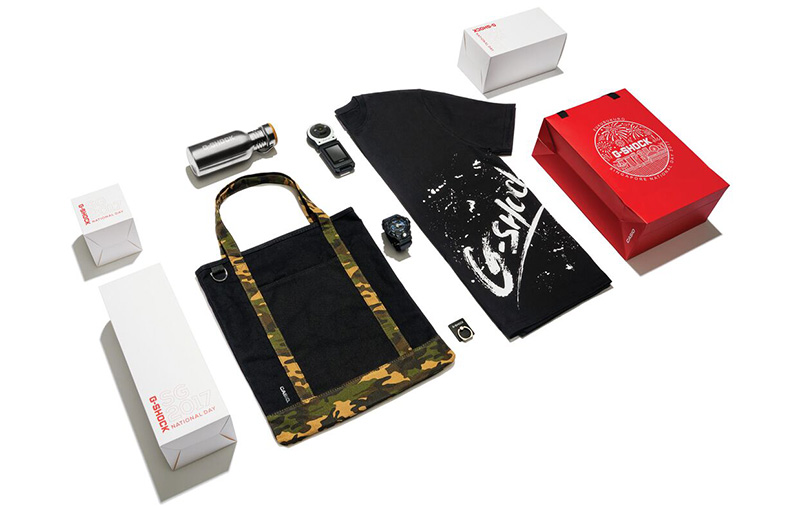 Yes, it’s not New Year yet, but National Day is coming. To mark the occasion, Casio Singapore is releasing a fukubukuro (i.e., lucky bag). While each bag costs S$188, Casio says the contents are worth anywhere from S$353 to S$655, so you’re definitely getting a good deal. Items can include a G-Shock GA–710 watch, a printed G-Shock t-shirt, camouflage canvas tote bag, and a G-Shock tumbler. Some bags will even contain a Casio Exilim EX-FR10 camera. The fukubukuro bags will be available at all G-Factory stores from July 21 (while stocks last, of course).

Protip: You can even use the NS50 vouchers to buy the bag! 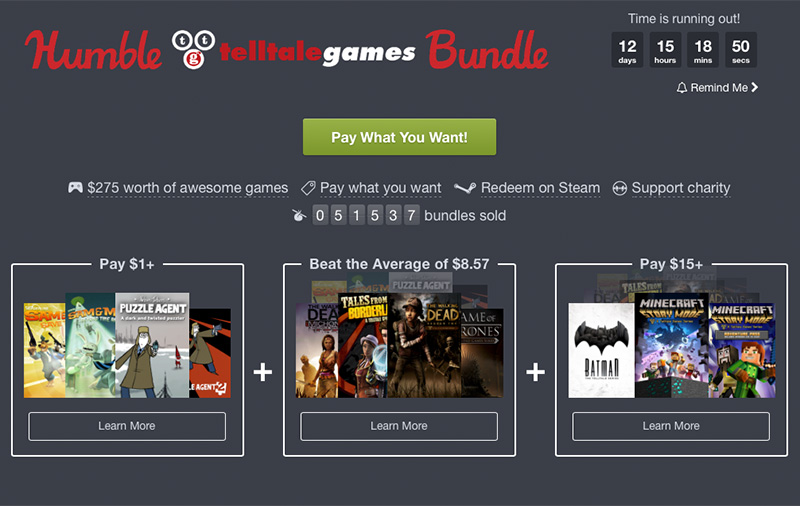 Telltale Games is an independent video game developer in the U.S. known for its adventure games. For US$1, you can now get several Telltale Games games, including the well-received The Walking Dead - Season 1. If you pay more than the average of US$8.56 (as of this writing), you unlock more games such as Games of Thrones and The Walking Dead - Season 2. Pay US$15 or more and you’ll additionally receive Batman - The Telltale Series and Minecraft: Story Mode. If you like choice-driven games, this is worth picking up.

Editor’s note and disclaimer: The deals are not an endorsement or recommendation of the product from the editorial team. Instead, the listed items present themselves as a good deal based on the novelty factor and how much of a discount it is being offered from standard retail pricing at the time of publishing. Please note that we are not responsible in any way if you’re unable to secure the listed offer due to errors on our part or should the offers expire by the time you’ve checked them.