You know the drill, it's online shopping time!

Launched late last year, the Chromecast Ultra is a small 4K UHD and HDR-capable streaming device that plugs into your TV’s HDMI port. With thousands of Cast-enabled apps that work on mobile and desktop devices, this is an easy way to get 4K video and more to your TV. Normally priced at US$69, it’s now going (from Google itself, no less) for US$59 (~S$85). But there are a couple of hurdles: you’ve have to find a way to buy it from Google and then ship it to Singapore. If you can pull this off, this is a good deal because resellers here are selling it for about S$150. 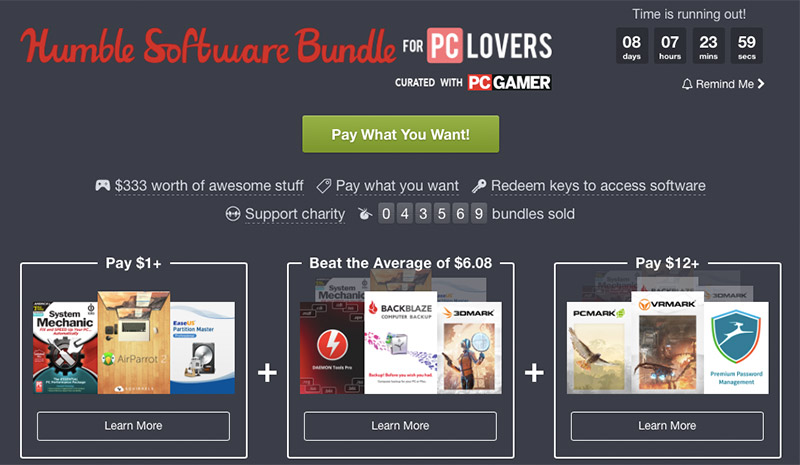 PSA: Up to US$333 worth of software is now up for grabs in the on-going Humble Software Bundle for PC Lovers. Sure, the bundle starts at US$1, but what you really should do is to pay US$12 (~S$17) or more to get everything. And here's what I meant by everything: 3DMark Advanced Edition, PCMark 8 Advanced Edition, VRMark Advanced Edition, AirParrot 2 (two-pack), Backblaze Online Backup, DAEMON Tools Pro 8, Dashlane Premium, EaseUS Partition Master Pro 11.9, and System Mechanic 16.5.