TGIF! We’ve rounded up a handful of deals to kickstart the weekend. You know what they say, Friday, Fri-yay! (sorry, not sorry). 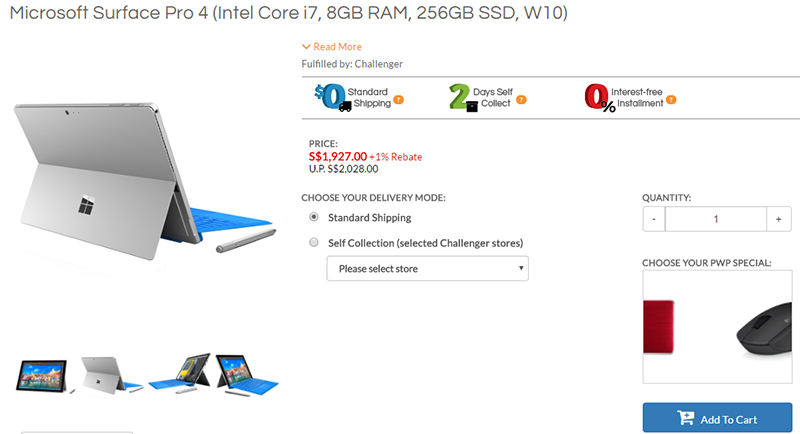 This deluge of offers for the Surface Pro 4 may be taken as an indicator that the successor is coming soon, but news reports have so far vacillated between confirming and denying that. Either way, the Surface Pro 4 is still a decent 2-in-1 device, even if it is a little long in the tooth now (and if you can put up with not having the latest stuff).

The model with a sixth-generation Intel Core i7 processor, 8GB of RAM, and a 256GB SSD is available on Hachi.tech for S$1,927, down from S$2,028 usually. To further sweeten the deal, Hachi.tech is throwing in a free Type Cover keyboard, STM Surface Pro 4 Dux case, WD My Passport Ultra 2TB, and a Microsoft Office 365 Personal subscription worth roughly S$600. 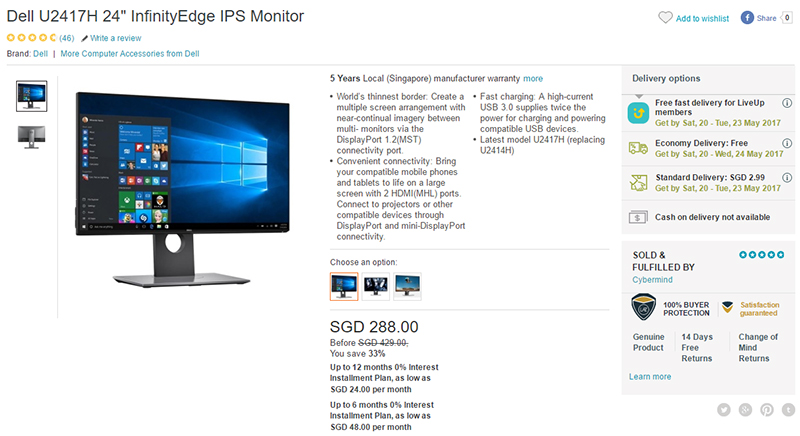 The Dell U2417H monitor sports a 1,920 x 1,080-pixel IPS panel and a stand that can you can tilt, pivot, swivel or even adjust for height. The thin bezels also make it suitable for use in multi-monitor setups. 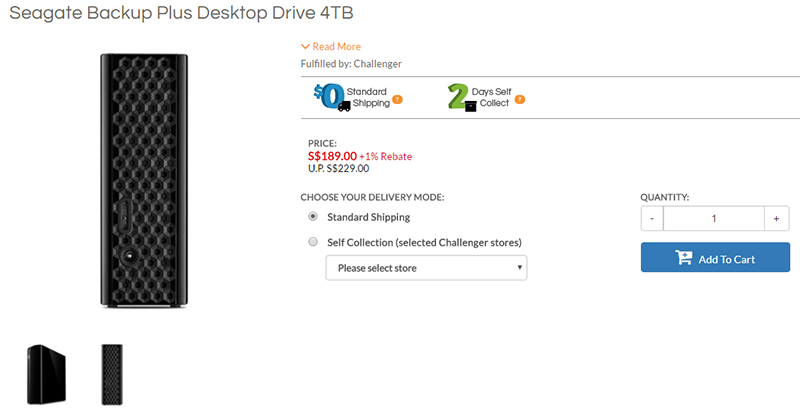 This Seagate backup drive provides you with an easy way to make local backups of your data, but the bundled Seagate Dashboard software helps you backup quickly to the cloud as well. It will work with both Windows and Mac, provided you use the included NTFS driver for the latter.

It is selling for S$189 on Hachi.tech, S$40 off the regular S$229 price tag. New Hachi.tech members can get an additional S$10 off if they use the coupon code HACHIP10 at check-out.

Alien: Covenant may be out in the theaters now, but here’s a chance experience what it’s like to be hunted by a xenomorph first-hand.

The Humble Store is having a sale for Alien: Isolation and all its DLCs, and you can get the game for just US$9.99, 80 per cent off its usual price.