Still scrambling to get Christmas presents? Fret not, there’s still time yet. We’ve rounded up a handful of deals to help you get started. 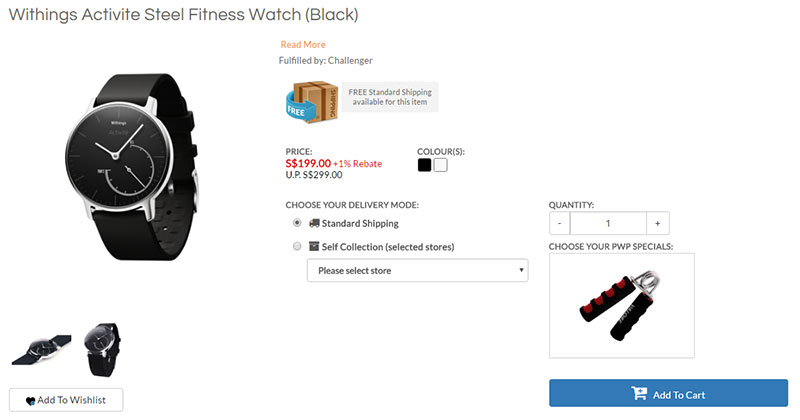 Withings watches are best known for combining fitness tracking capabilities with dress watch designs, and the Activite Steel Fitness is a prime example of that. It can automatically detect and track a wide range of activities, including walking, running, swimming, and yes, sleeping. A sub-dial tracks your progress toward your daily goal, so you know how well you’re doing. Don’t need the PlayStation 4 Pro? Well, Sony’s new and slimmed down PlayStation 4 console is an alternative to Microsoft’s Xbox One S, and it also comes with a slightly tweaked DualShock 4 controller for a better experience.

In addition, it boasts RGB backlighting, a fingerprint resistant matte surface, and a tasteful minimalist design, the latter of which is calculated to appeal to as wide an audience as possible. 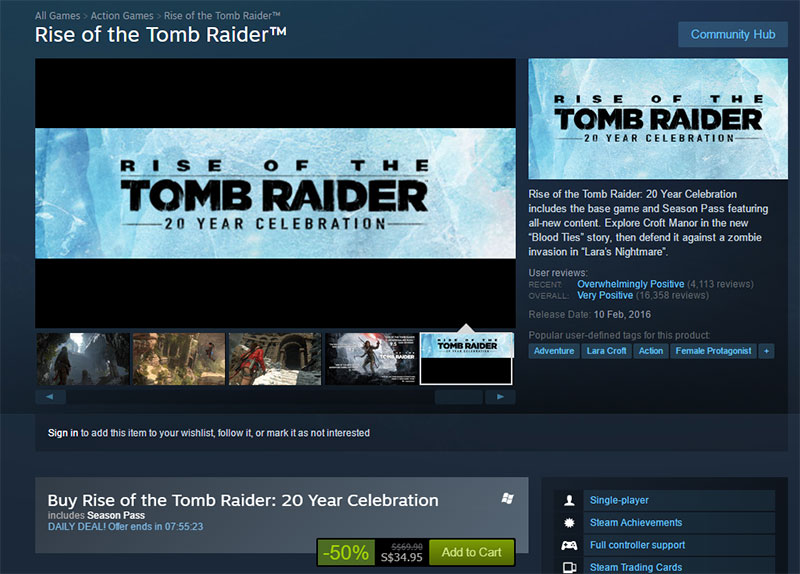 If you missed out on getting Rise of the Tomb Raider previously, you can catch up with Lara Croft’s latest adventure for cheaper now.

The 20 Year Celebration edition is available at S$34.95 on Steam now (50 per cent off its regular price), and comes with additional content to extend the single-player experience.