We find these deals, so that you don’t have to! 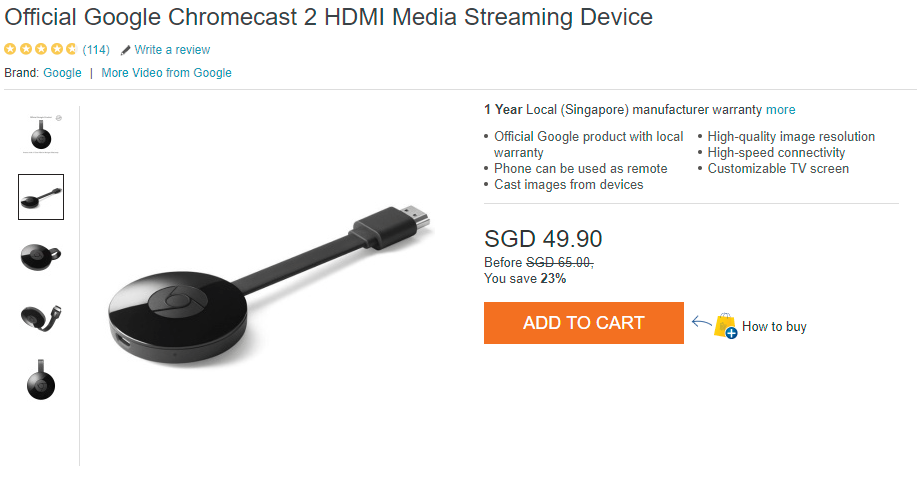 To put it simply – the Chromecast 2 by Google takes a HDMI port on your conventional TV set, turning it from a dumb unit to a smart TV with Internet access and support for screen-casting from mobile devices. The updated Chromecast has a vastly different design for better flexibility, and intelligent switching between 2.4GHz and 5GHz Wi-Fi bands to maintain HD content-streaming.

Originally at S$65, the Chromecast 2 is available at just S$49 – that’s about 24% off its usual retail price. The order is fulfilled by Lazada.

Do you need a wireless combo for your new smartphone or mobile device that can handle desktop-like input? You don’t have to blow your wallets out just to interact via keyboard and mouse for serious business. The MK345 wireless, full-sized keyboard with mouse use a 2.4GHz wireless USB receiver, so make sure your smartphone-to-monitor link offers an extra USB port for connectivity.

Usually, this particular combo retails at S$55, but you can grab it off Lazada at just S$40.99.

The phone launched last week at S$898, but you can pick it for just S$710 (S$188 in savings) via this third-party mobile phone reseller on Shopee.