Deals for the long weekend

TGIT, because the long weekend is here! You know the drill, let's dive straight into the deals.

Getting the Samsung Galaxy S8 or S8+, and looking for a case? The Rugged Armor case from Spigen is a thin shell that features the company’s spider web pattern, along with Air Cushion Technology in every corner of the case. The Rugged Armor Extra is another new case, and that features a geo-comb pattern with protective guards, and all edges are strategically raised to protect the screen and camera. Either case can picked up at Shopee for S$17.90. 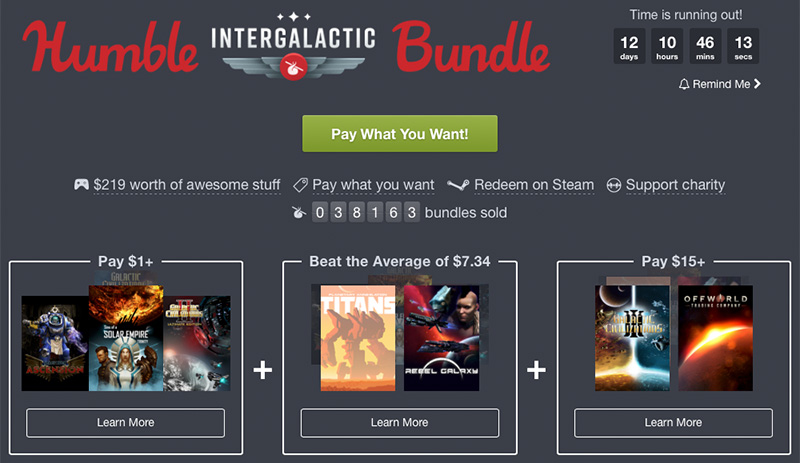 If you're into space-themed games, check out the new Humble Intergalactic Bundle. If you pay US$15 or more, you get seven great games, including Offworld Trading Company and Galactic Civilizations III.