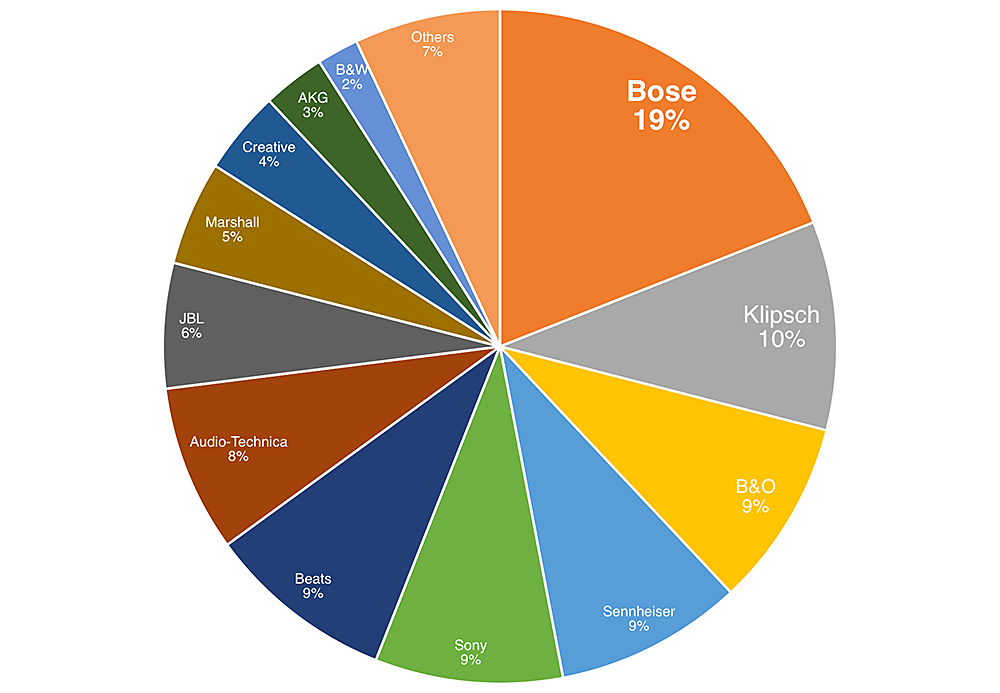 Featuring over 30 brands, our headphones category has always been hotly contested. This year's winner is Bose, maker of the well-regarded QC35 II headphones. Klipsch lands in second place, with 10% of the votes. Sony, which makes the excellent WH-1000XM3, is joint third with 9%, along with B&O, Sennheiser, and Beats. 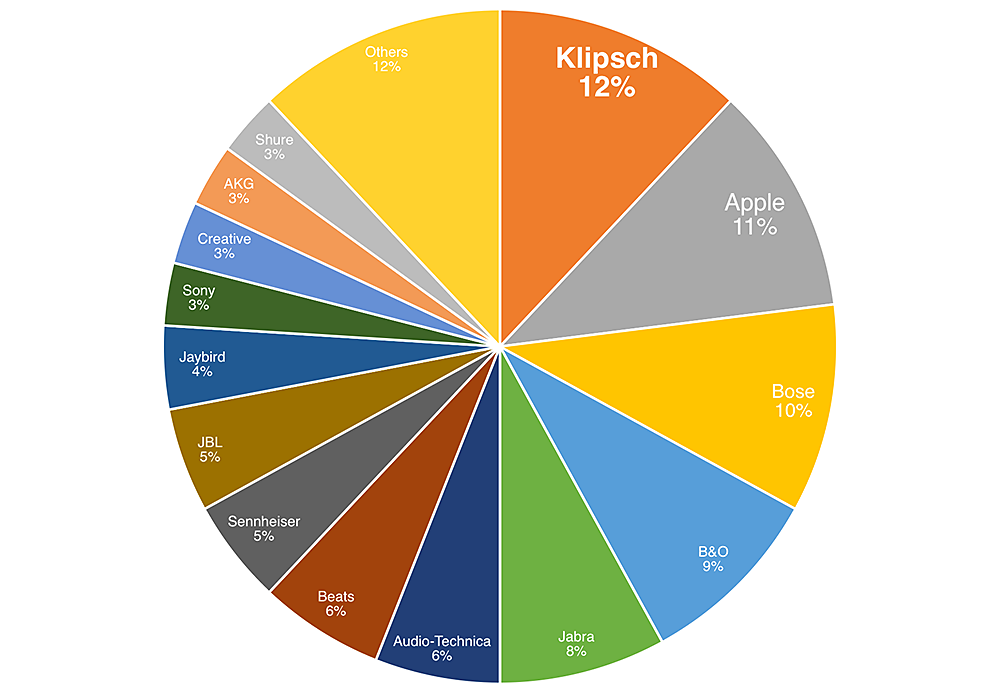 With over 30 brands participating in this category, the margins at the top are super-tight this year. This year, the trophy goes to Klipsch, which has 12% of the votes. Unlike last year, Klipsch's victory this year isn't that clear cut - because only a handful of votes separated it from second-placed AirPods maker Apple (11%). New products to expect from Klipsch in 2019 include the T5 family of in-ear headphones. There are four headphones in the lineup, and one of them is the company’s first-ever true wireless earbuds. Bose, which makes the SoundSport Free true wireless earbuds, is in third place with 10% of the votes. 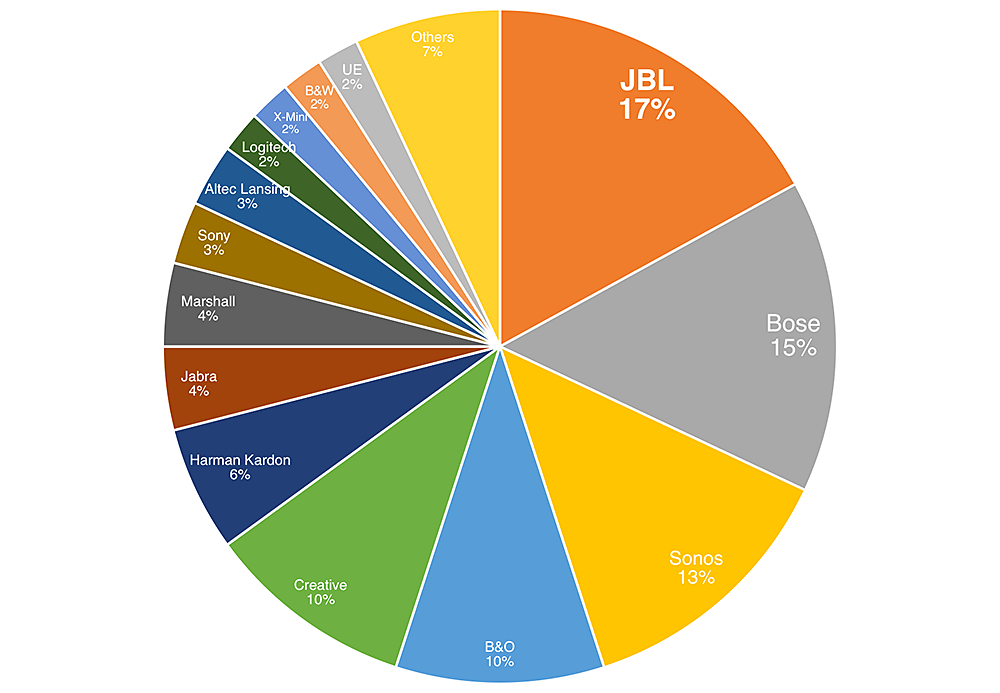 With 17% of the votes, JBL is our readers' favorite wireless speaker manufacturer. It's really no mean feat by JBL (which is owned by Samsung through its Harman subsidiary), because it has managed to beat out heavyweights like Bose (15%) and Sonos (13%). In 2018, JBL launched the Link 10, Link 20, Link 300, and Link 500, all of which are wireless speakers that work with Google Assistant and have built-in Chromecast receiver. For Bose, we've the Home Speaker 500, a smart speaker that works with Amazon Alexa. Wrapped in seamless anodized aluminum, Bose claims that it offers the widest soundstage of any smart speaker available today, thanks to two custom drivers pointed in opposite directions. It also helps that their eye-catching JBL Pulse series of wireless speakers are very aggressively marketed. 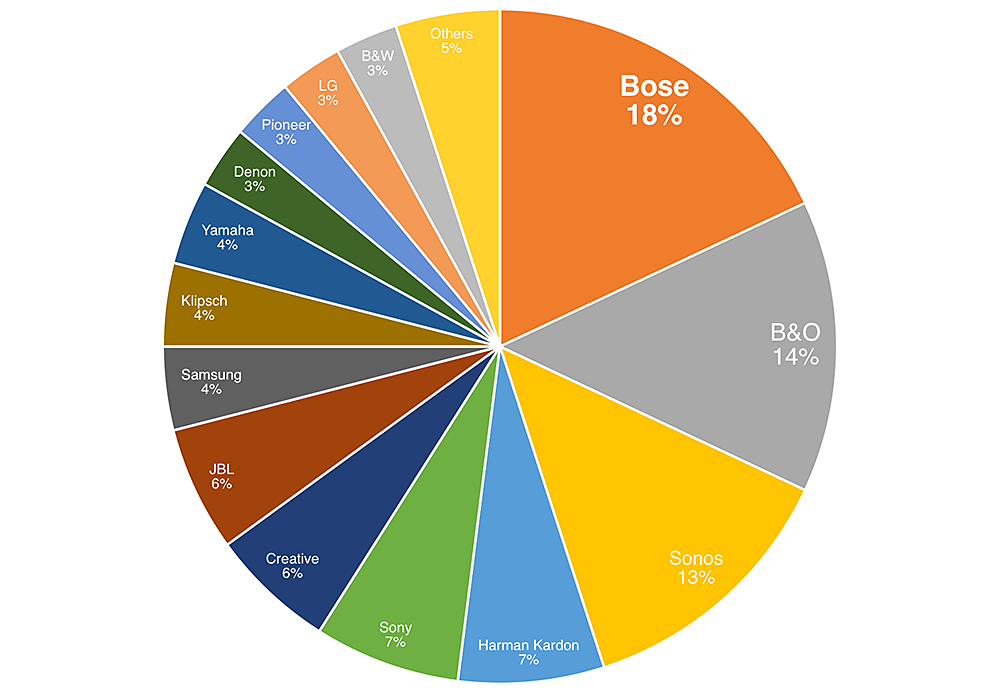 With 18% of the votes, this is the 9th year in a row that Bose has won our Readers’ Choice award for Best Home Theater System Brand. In August last year, the company unveiled the Soundbar 700 and Soundbar 500 for music and home theater. Both support Amazon Alexa out of the box, with AirPlay 2 support for streaming from Apple devices said to arrive in early 2019. Both speakers also feature Bose's proprietary ADAPTiQ technology to acoustically adjust to their surroundings. Luxury brand Bang & Olufsen, which recently launched its first digital store, isn't far behind with 14% of the votes. Sonos comes in third with 13%. If you're shopping for a compact smart sound bar, take a look at the Sonos Beam.