Note: This article was first published on 28th February 2019. 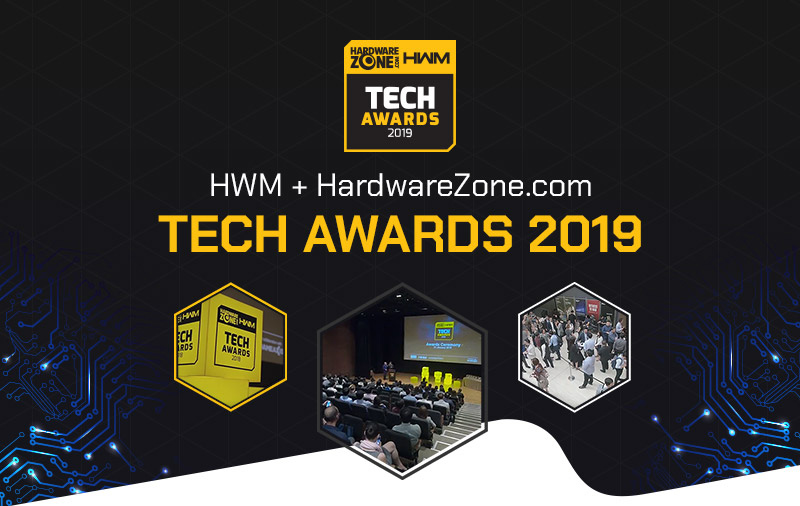 Celebrating the very best in technology

This year marks the 10th edition of the annual HWM+HardwareZone.com Tech Awards, the tech industry’s premier event where we recognize the best brands, products, and services.

A total of 29 Editor’s Choice and 43 Readers’ Choice awards were presented this year, in categories ranging from computers and consumer electronics to digital entertainment, communications, and services. Also presented are 4 Innovation awards (part of the Editor’s Choice categories) to recognize innovative products and cutting-edge technologies that have emerged during the eligibility period.

Without further ado, in this first of three articles, let us first take a look at the detailed results of our Readers’ Choice polls. 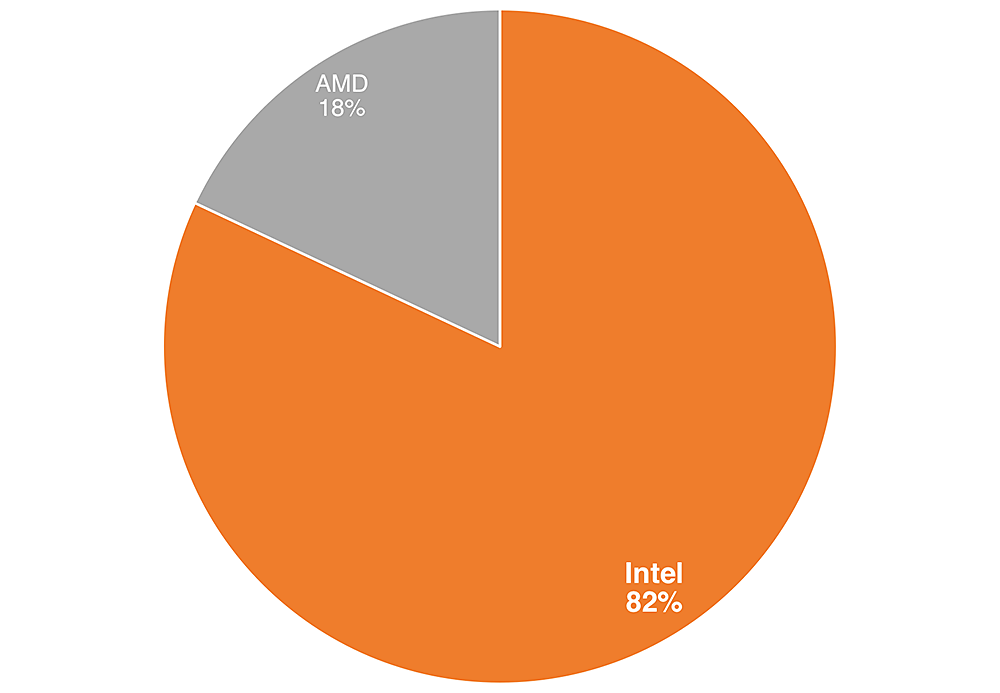 Like previous years, our readers' clearly favor Intel's CPUs over AMD's, which sees the company garnering 82% of the votes. Several "Coffee Lake" Core i chips were released in the first half of 2018, but of particular note were the Core i7-8086K, a 6-core desktop CPU that is able to hit a maximum turbo frequency of 5GHz without overclocking; and the i9-8950HK, a 6-core laptop CPU that can go up to 4.8GHz (remember this saga?). The same period also saw the arrival of the first Coffee Lake-U mobile processors with Iris Plus graphics. In October, Intel launched its 9th generation portfolio, which was based on Coffee Lake Refresh CPUs with up to eight cores. The most powerful of them all is the Core i9-9900K, a 95W TDP chip with 8 cores (16 threads), a maximum turbo frequency of 5GHz, and 16MB of L3 cache. 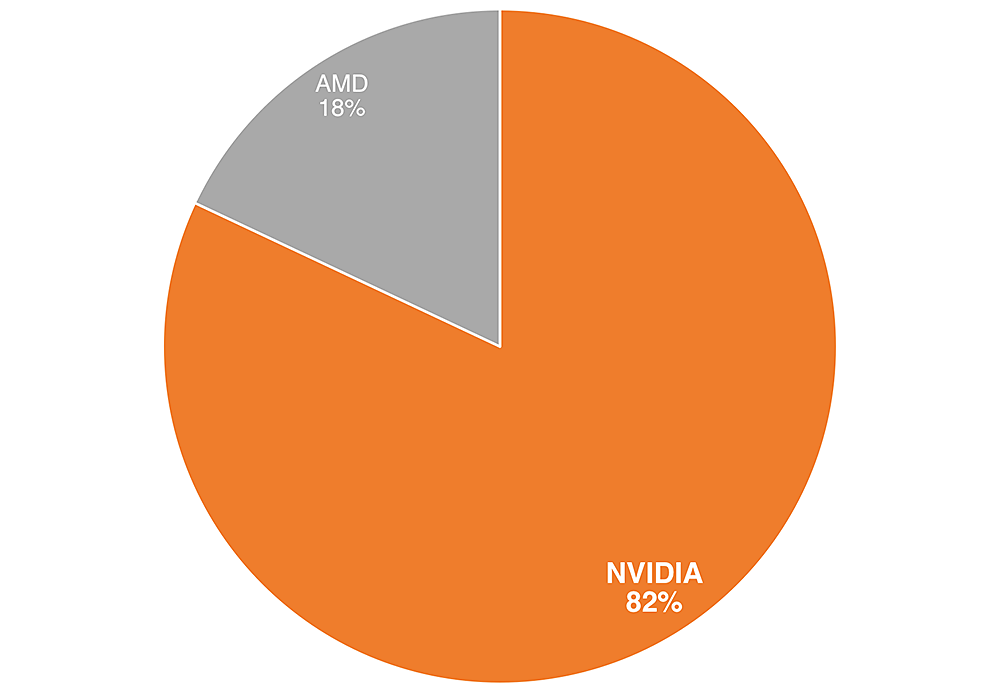 2018 was the year NVIDIA announced the successor to its Pascal microarchitecture. Also known as "Turing", the new GPU microarchitecture has a unified cache architecture for increased bandwidth, an embedded Ray Tracing core to vastly accelerate real-time ray tracing, and improved Tensor cores for improving the speed of deep learning-based operations - just to name a few. All this set the stage for the launch of the GeForce 20 series of GPUs that started shipping in September 2018. In fact, before the year was over, we already had the GeForce RTX 2080/2080 Ti (here's our custom cards shootout), RTX 2070, and the crazy-expensive Titan RTX. The RTX 20 series rollout is set to continue in 2019 - as evidenced by the RTX 2060 announced just this January and the fact that RTX is coming to over 40 new laptops in 100+ configurations from partners around the world. 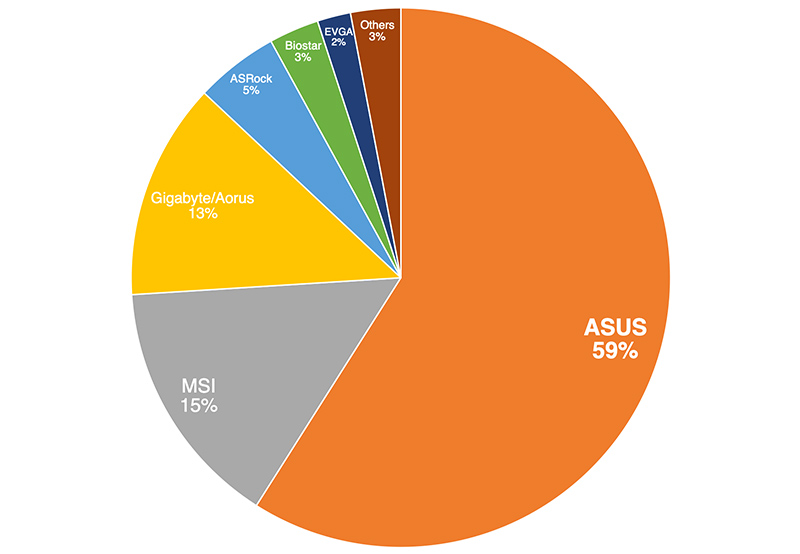 ASUS Prime, ROG, TUF, TUF Gaming, Commercial, Workstation - whether you're a gamer, an Intel fan, an AMD supporter, or a business user looking for a micro-ATX motherboard - you're sure to find one that fits your needs in ASUS' stable. Don't believe us? Just look at incredible number of AMD B450, Intel Z370, and Intel Z390 motherboards that ASUS has released so far (and that's before we go into the Intel H370, H310, Q370, B360 boards). Variety aside, great performance, reliability, and ASUS’ exclusive technologies are some of the often-cited reasons when we asked our readers why they favor ASUS' boards. With a commanding 59% share of the votes, ASUS is once again the winner of this Readers' Choice category. 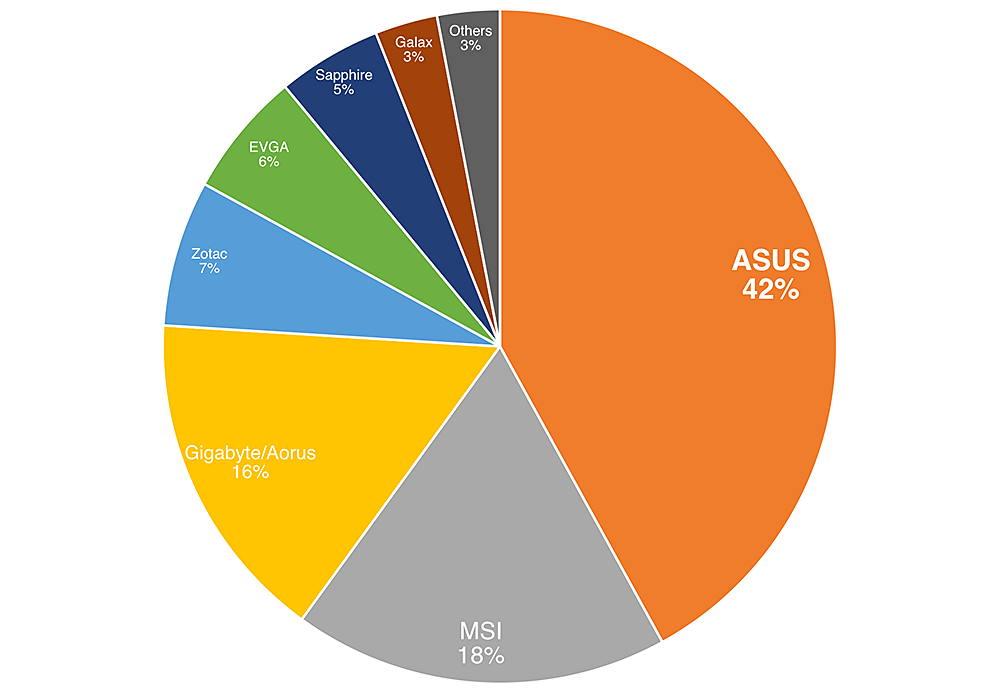 With 42% of the votes, this is the 10th straight year ASUS has walked home with our Readers’ Choice award for Best Graphics Card Brand. Once again, we think ASUS’ popularity boils down to its ability to churn out a wide range of graphics cards for both NVIDIA and AMD fans. And mind you, these aren't just duplicates of reference graphics cards, but cards with exclusive ASUS technologies, such as DIGI+ VRM, Super Alloy Power, DirectCU cooling tech for better overclocking, and Aura Sync RGB LED synchronization. For discerning gamers, ASUS also has a highly regarded ROG line, which is known for its supreme performance and reliability. Case in point: these ASUS ROG Strix GeForce RTX 2080 OC and ASUS ROG Strix GeForce RTX 2080 Ti Gaming OC custom graphics cards. 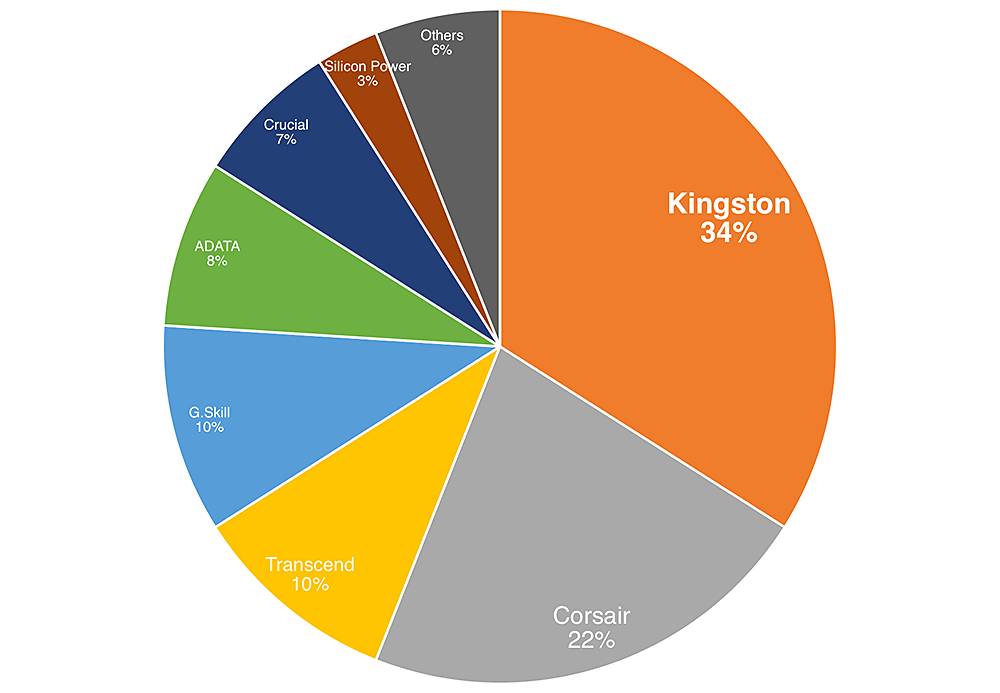 With 34% of the votes, Kingston has managed to fight off stiff competition from Corsair to retain the trophy it won last year. In addition to consumer memory modules, Kingston is also a major maker of server DRAM modules. At the VMworld show last year, the company showcased its newest Server Premier DDR4 server DRAM and demoed how it can help speed up in-memory applications and run virtualized environments. Kingston has also turned its focus toward the SSD market these days, and has released the A1000 PCIe NVMe SSD and the UV500 SSD series last April.