Intel’s Z390 chipset is everything the Z370 chipset should have been. While the two are still quite similar, Z390 adds key features like native support for USB 3.1 (Gen 2) and integrated Intel Wireless-AC with support for Gigabit Wi-Fi. Unsurprisingly, motherboard makers are now out in force to woo gamers looking to upgrade to Intel’s new 9th-generation desktop processors with a flood of new board models.

Z390 boards boast plenty of new designs and more features to entice users. This takes many forms, including everything from additional expansion card options to fancy OLED displays and even more RGB LEDs. It's especially important to form a compelling argument with beefed-up power delivery circuits as well, since the Core i9-9900K will also work with more affordable Z370 motherboards.

To make the cut for this shootout, the motherboard has to be the flagship representative of their respective brands' Z390 line-up. 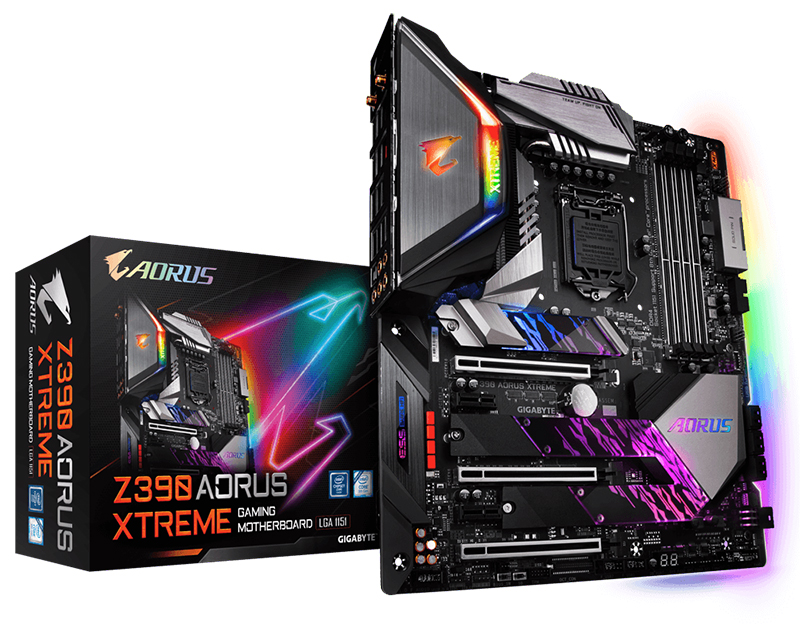 The Gigabyte Z390 Aorus Xtreme just screams quality. From its tank-like construction to its beefy, finned VRM heatsinks, the board just feels like an excellent product that's armed to the teeth with useful features. There are thoughtful inclusions like the front USB connector that supports fast charging, in addition to a convenient one-touch OC button and two Thunderbolt 3 ports. The plethora of fan headers and temperature and flow sensors also means that you have plenty of tools to get a custom liquid-cooling setup going, which will pair nicely with the board's strong overclocking capabilities. To cap things off, it also has additional power connectors for both the CPU and graphics cards to better support high overclocks. It's expensive at S$799, but it more than justifies it with good design and performance.

Here's a snapshot of its performance:- 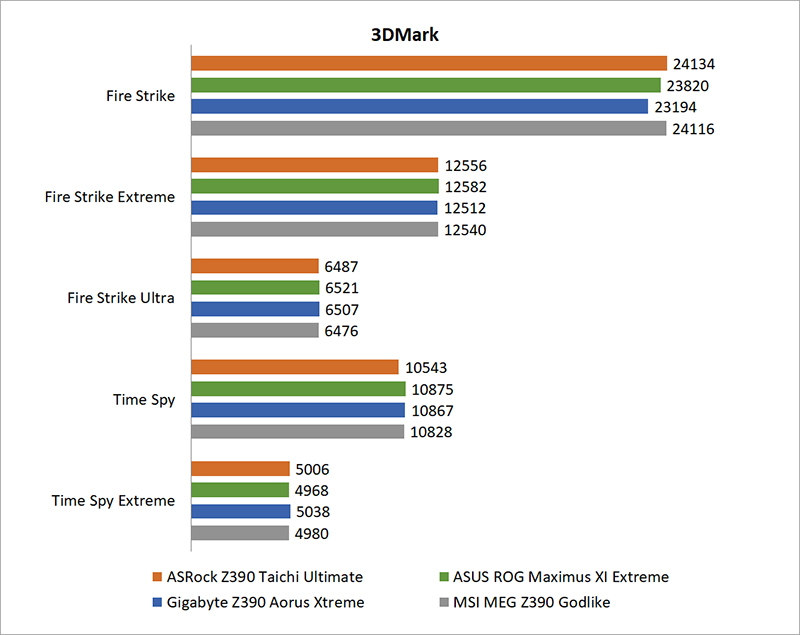 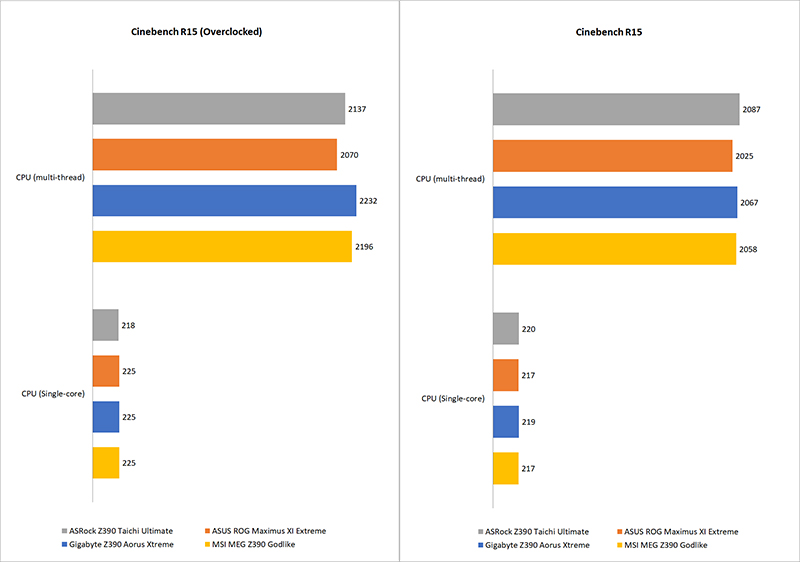