As an inherently visual medium, monitors are our literal window to video games. In that regard, we have been absolutely spoilt for choice! We’ve seen bleeding edge framerates from esports-targeted monitors, just as we’ve seen highly immersive widescreen options and impressively detailed screens.

While display performance is an obvious factor, we also considered each monitor’s build quality and their perceived value based on price and features. This year's contenders must support 4K resolution natively and HDR. Picking our winner among the two only available nominees in the market took plenty of deep thought. Our eventual decision should keep future owners happy as they shoot, drive, and jump across multiple gaming genres. 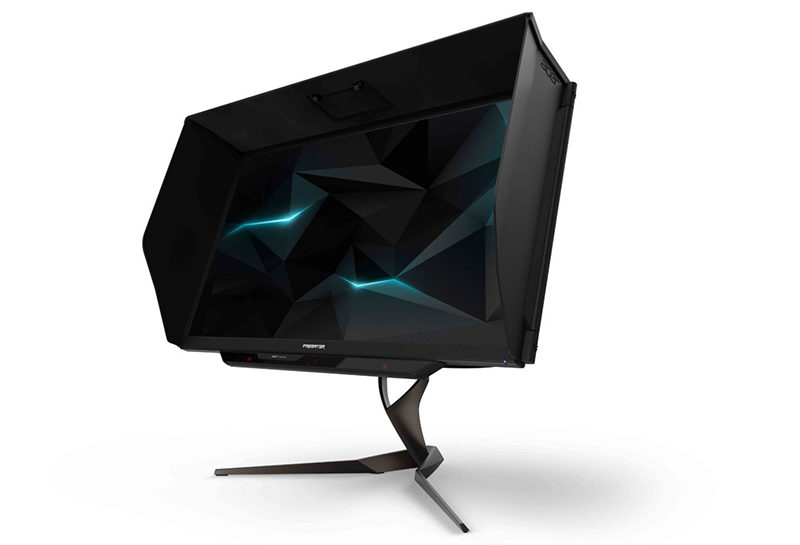 Quite frankly, from a performance standpoint you really can't go wrong with either monitor. Both panels have equivalent HDR performance and professional-level colour accuracy. But the Predator X27 comes with better factory calibration right out of the box, with the ROG monitor requiring a little more manual fiddling to get the best out of it. We also thought the Predator X27 has a nicer overall design (even its bezels are thinner than the ROG's), and were pleasantly surprised to find that it even comes with a light hood - something normally seen in high-end professional monitors. Perhaps more crucially, and the push factor that swung our votes towards the X27, was its price tag - which made it an unbeatable value offering than the ROG Swift.