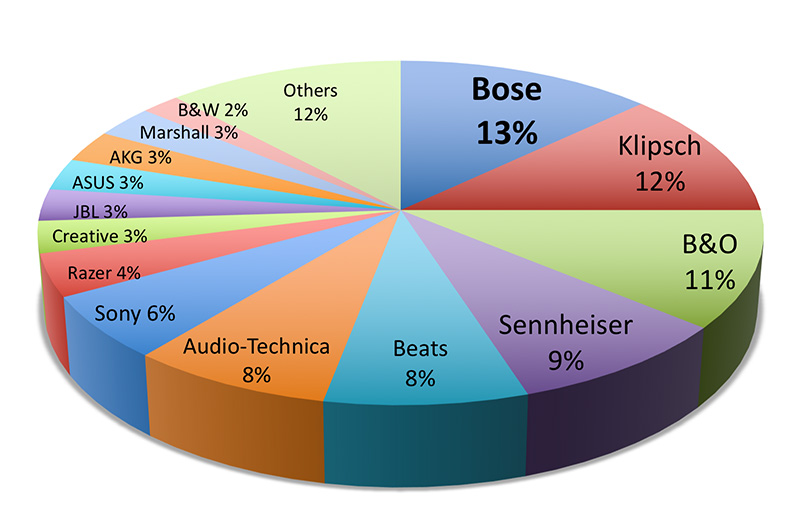 With over 30 brands participating in this category, the margins at the top are super-tight this year. After careful tabulation, Bose (13%) just edged out Klipsch (12%) and B&O (11%) to take home the trophy. Last September, Bose updated its iconic QC35 wireless headphones to include support for Google Assistant. With the QC35 II, you can now tell Assistant to play a playlist or a favorite song by a favorite artist, and even add appointments to your Google calendar. It can also notify you about incoming messages, events, and reminders, and read them back to you. Around the same time last year, Klipsch also launched its Heritage HP-3, which is the company’s flagship semi-open headphones that uses free-edge 52mm biodynamic drivers. Featuring over 30 brands, the in-ear earphones category is also a hotly contested category. With 16% of the votes, Klipsch managed to retain the award it won last year, edging out other industry heavyweights such as Bose (9%), B&O (8%), Apple (7%), and Sennheiser (7%). Early last year, Klipsch unveiled its first Bluetooth neckband headphones in the form of the X12, and followed that up later in the year with the R5. Along the way, Klipsch also released a limited edition R6i to celebrate the company’s 70th anniversary. And finally towards the end of the year, it updated the well-regarded R6 and R6i with the R6 (II) and R6i (II), the newer duo now sporting a fresher look and classic round cables for better handling. 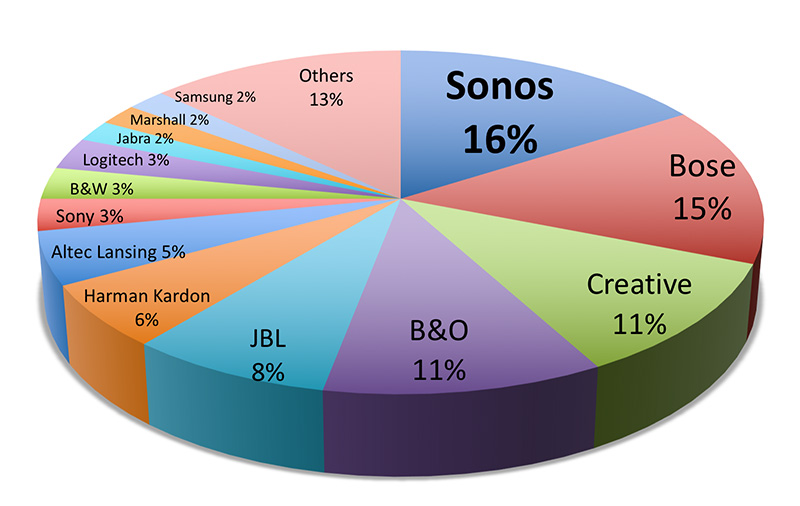 With 16% of the votes, the winner of our Best Wireless Speakers Brand award is Sonos, which is known for its speakers such as the Play:1, Play:5, and Playbase. The company’s Sonos One smart speaker, which the company says is gaining support for Google Assistant and AirPlay 2 sometime in the near future, also arrived in Singapore late last year. Bose, which won this category two years ago, remains very close behind with 15% of the votes. Just this past December, the company introduced the SoundLink Micro Bluetooth, which is the company’s smallest portable speaker to date. In third place is Creative with 11% of the votes. At CES this year, the Singapore-based speaker maker showcased its new Nova, Muvo Genie, and Halo Genie Alexa-enabled speakers. With 21% of the votes, this is the eighth year in a row that Bose has won our Readers’ Choice award for Best Home Theater System Brand. For surround sound systems, Bose most significant products recently are still the 5-speaker Lifestyle 650 and 600, and the SoundTouch 300 we first reported in end 2016. To recap, the Lifestyle 650 and 600 support Bluetooth and Wi-Fi connectivity for wireless music streaming, 4K video compatibility, and have six HDMI inputs. The Lifestyle 650’s OmniJewel satellite speakers are made from a single piece of extruded aluminum and offer 360-degree output; while the Lifestyle 600’s Jewel Cube speakers feature direct/reflecting technology, with precisely angled transducers inside each of them. On the other hand, the SoundTouch 300 is a soundbar system that also supports Wi-Fi and Bluetooth connectivity; and if you want more bass or more pronounced surround sound effects, you can add an additional bass module or a couple of rear surround speakers.