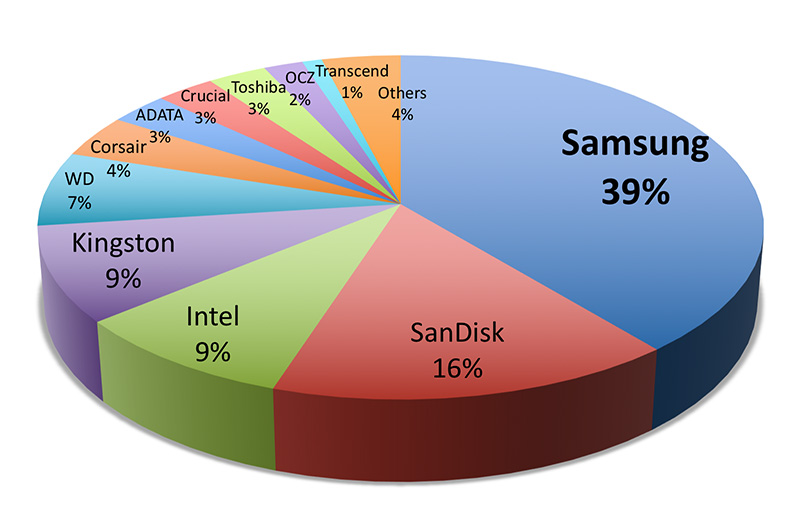 With 39% of the votes, this is the fourth straight year Samsung has strolled home with our Readers’ Choice award for Best SSD Brand. For those unaware, Samsung’s consumers SSDs can be broadly divided into two categories: Pro and Evo. The Pro drives are for power-hungry enthusiasts, while the Evo drives are generally for mainstream users seeking something faster than your traditional mechanical HDDs. But there’s also different series within the Pro and Evo categories. Case in point: the flagship 960 NVME M.2 SSD has both Pro and Evo versions, with the former offering up to 2TB capacity and higher sequential read and write speeds. And a rung down we’ve the recently announced 860 Pro and 860 Evo SSDs, which are available in 2.5-inch SATA III, M.2 SATA, and mSATA form factors. 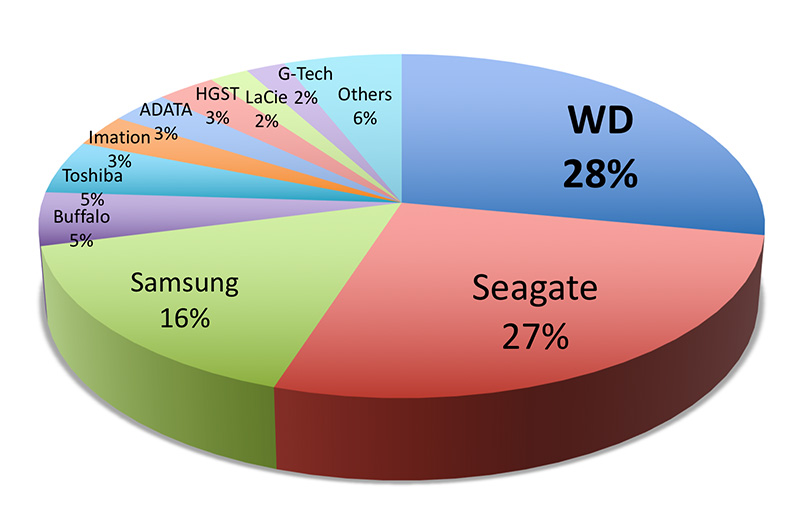 When it comes to HDDs, there are no bigger brands than Seagate and Western Digital. In recent years, they’ve grown even bigger, with Seagate acquiring Samsung’s HDD business in 2011, and Western Digital acquiring Hitachi Global Storage Technologies in 2012. Garnering 28% of the votes, WD is once again the winner of this Best External Storage Brand category, with Seagate a very close second with 27%. Some highlights: just last year, WD updated its My Book Duo RAID-optimized desktop storage system to include USB Type-C support as well as a new 20TB option. For users who want to create their personal cloud, WD’s My Cloud Home and Home Duo drives are updated recently, too. Last but not least, if you need a speedy portable drive, check out the WD My Passport SDD. 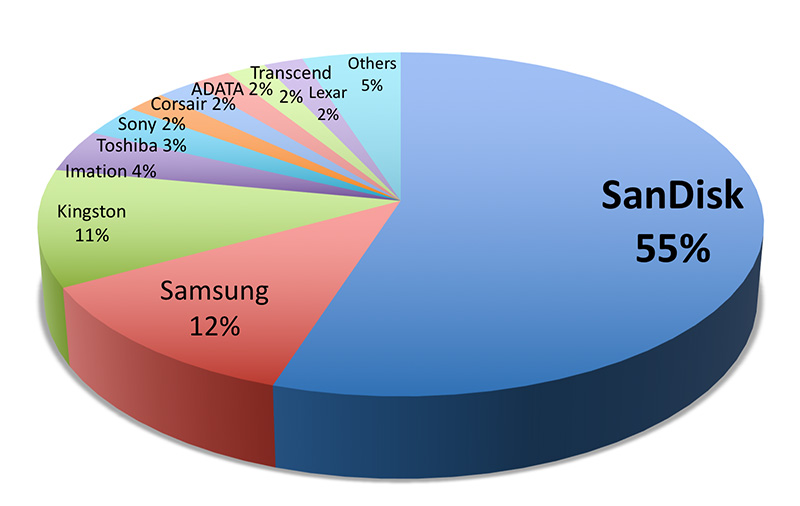 With 55% of the votes, SanDisk is once again the winner of our Best Removable Flash Storage Brand award. While SanDisk is now owned by Western Digital, the company is still selling many products under the SanDisk brand. Which makes tremendous sense, since SanDisk has built a reputation of making high-quality flash memory products, including memory cards and readers, USB flash drives, and SSDs. Some of the more interesting products launched by the company recently include the iXpand Base, which is a device for saving photos and videos while the iPhone is charging; and this 400GB Ultra microSDXC UHS-I card. 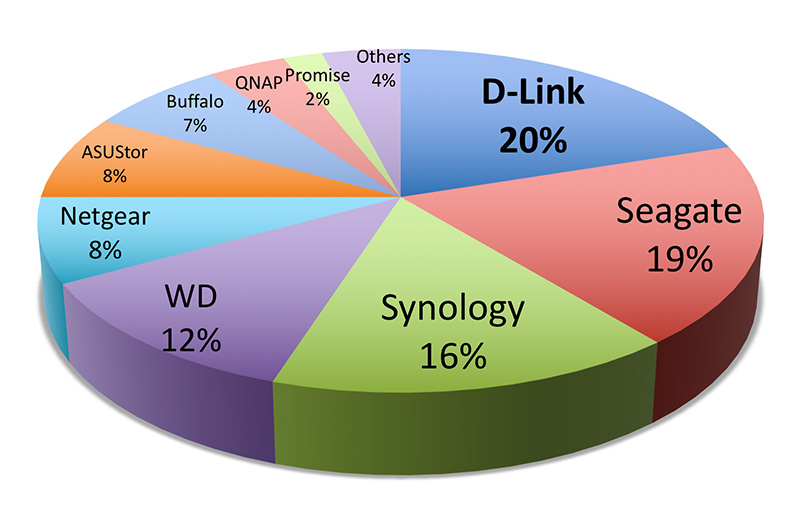 Long-time readers will know that our NAS (network-attached storage) category has always been hotly contested, and this edition is no different with no less than 12 brands in the mix. With 20% of the votes, D-Link is the winner this year, with Seagate a very close second at 19%. Together with Synology, these three brands already make up for more than half of the votes cast. As a primer, D-Link’s home network storage devices fall under the ShareCenter line, with models such as the 4-bay DNS–340L and 2-bay DNS–327L. It also has network video recorders, which are standalone storage devices that can record videos from multiple network cameras sans a PC. For SMEs and larger enterprises, D-Link makes a range of iSCSi SAN (storage area network) solutions.