Small form factor gaming PCs are an up and coming niche that looks like it could have considerable mass appeal. We’re at the point in system and hardware design where it’s possible to fit the power of a full-sized desktop into a chassis just a fraction of the size, so there are really few trade-offs if you decide to go this route.

The systems reviewed here are a testament to the fact that small and powerful systems are entirely possible today. However, what’s interesting is that they all go about doing it in slightly different ways.

For this year's awards, we've rounded up four brands, each with their unique strengths. There’s the Zotac for those who want the smallest possible footprint, and the ASUS for those who want a little more bling to their system. On the other hand, the Aftershock and Dreamcore machines favor the DIY route, with plenty more customization options and performance. 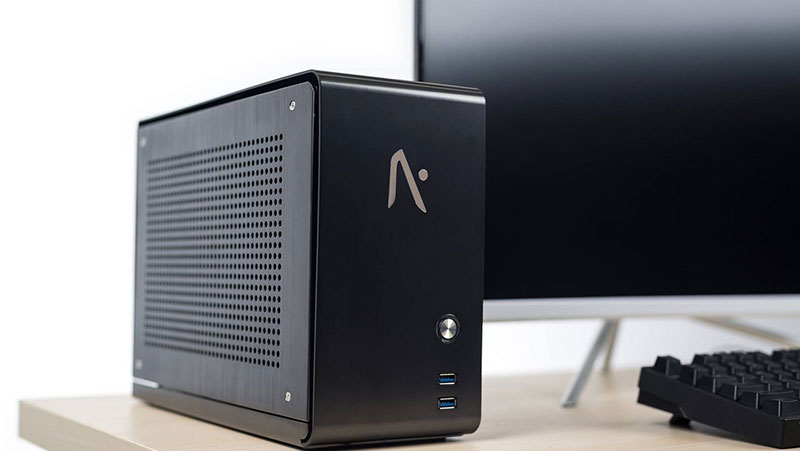 The Aftershock Impulse V2 is a smartly designed mini-ITX PC with the power of a full-fledged gaming tower. It makes few compromises in terms of specifications and performance, and manages to maintain full upgradeability, with the freedom to swap out things like the GPU, memory, and storage drives. It even avoids one of the pitfalls of systems in this category by fitting the power supply unit in the chassis itself, so there’s no need to contend with a clunky power brick.

But best of all is the fact that it is quite a bit cheaper than the Dreamcore One while offering very similar specifications. The Dreamcore has an Intel B250 board versus the H110 one on the Aftershock, a higher clocked MSI GPU, and a larger 250GB SSD, but those differences aren’t that apparent in real-world usage. As a result, the Aftershock Impulse V2 comes across as an overall better choice at an attractive S$1,840, and also saves you the trouble of dealing with a bulky power adapter. This may not be the fastest system you can get, but it's definitely the most well-rounded option from a performance and value perspective. As such, the Aftershock Impulse V2 gets our nod for the best overall winner of this shootout.

Here's a quick snapshot of its performance from our shootout: 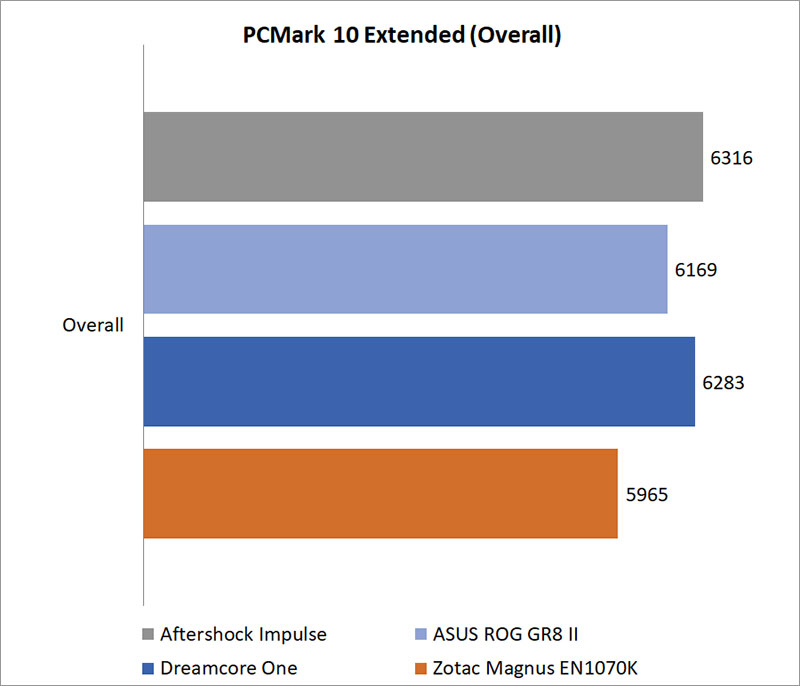 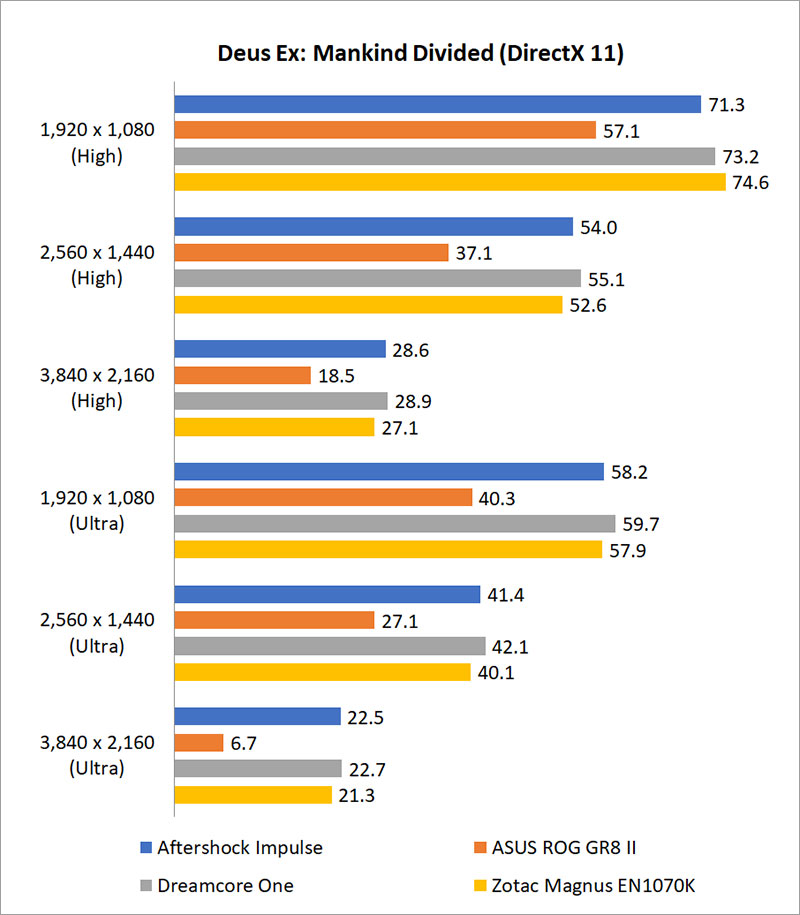 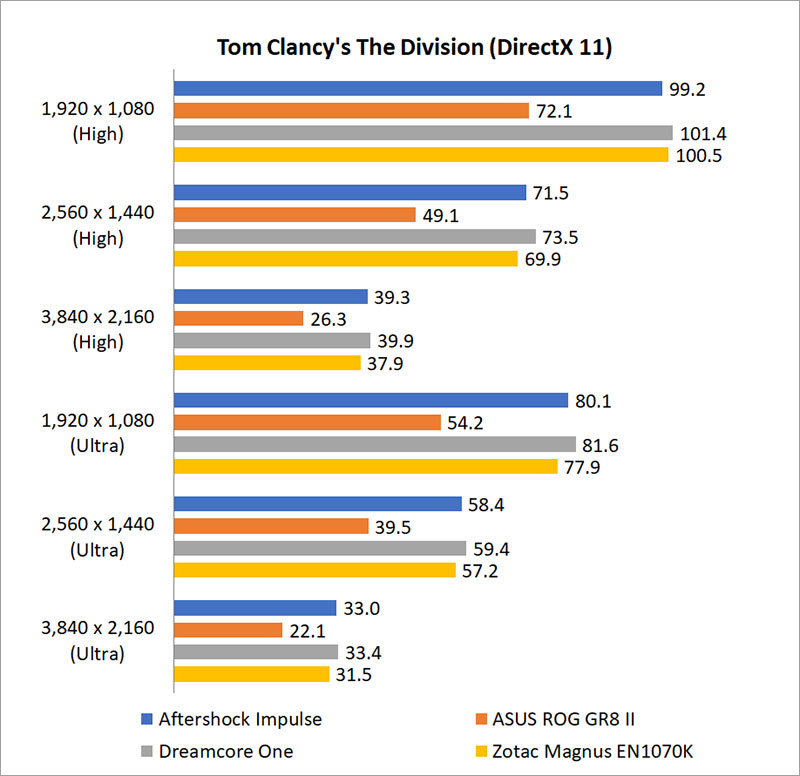