2017 was an amazing year for games. Matured platforms such as the PlayStation 4 saw a flood of noteworthy releases, many of them pointing to Japan’s renewed interest in home consoles. The ever-growing PC market has allowed niche genres to improve and flourish, while still being a haven for indie creativity and experimentation. We also saw the launch of the Nintendo Switch, a system that not only represents new opportunities for portable gaming, but also an exciting publishing strategy for Nintendo. 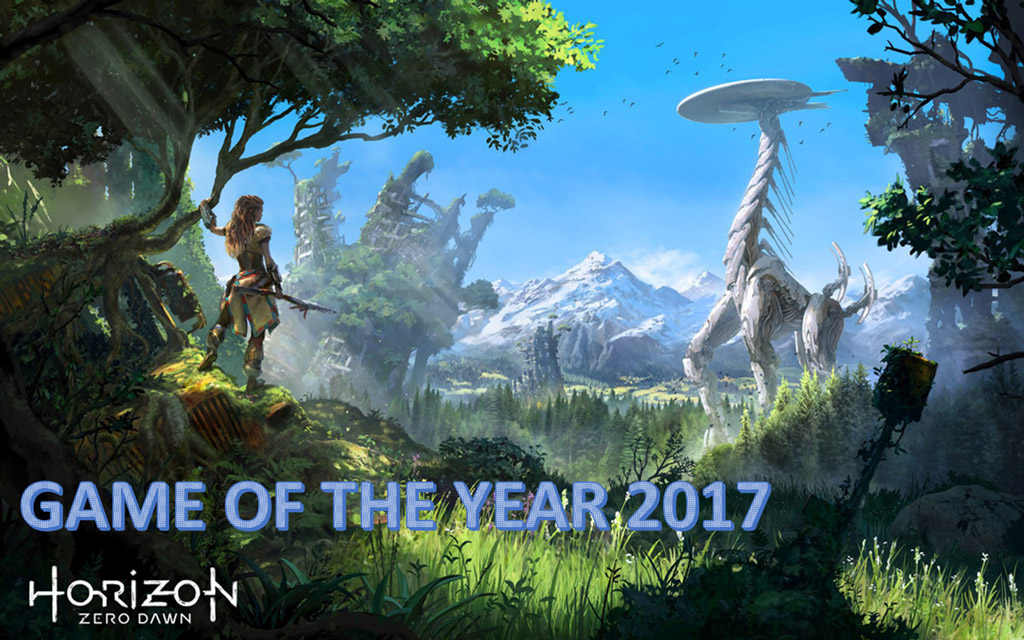 If there’s any game that could single-handedly display the capabilities of the PlayStation 4 Pro, it’s Guerilla Games’ Horizon Zero Dawn. While “post-apocalyptic earth” might drudge up images of urban decay, the game is set so far into the future that nature has reclaimed the surface. A vast, open world of streams, rocks, and greenery paint the landscape, inhabited by fauna large and small, organic and mechanical. The animators have absolutely knocked it out of the park.

In summary, this game exhibits stellar production values, from the technical to the artistic, possibly driving people to upgrade. It is an original single-player IP, something of a modern marvel given the AAA industry’s inclination towards sequels and live services. More importantly, playing it has been nothing but fun, be it chasing after campaign objectives or messing around with the systems on offer. Other games may (and do) surpass it in certain ways, but this was the whole package. If we had the time, we’d gladly play it again.