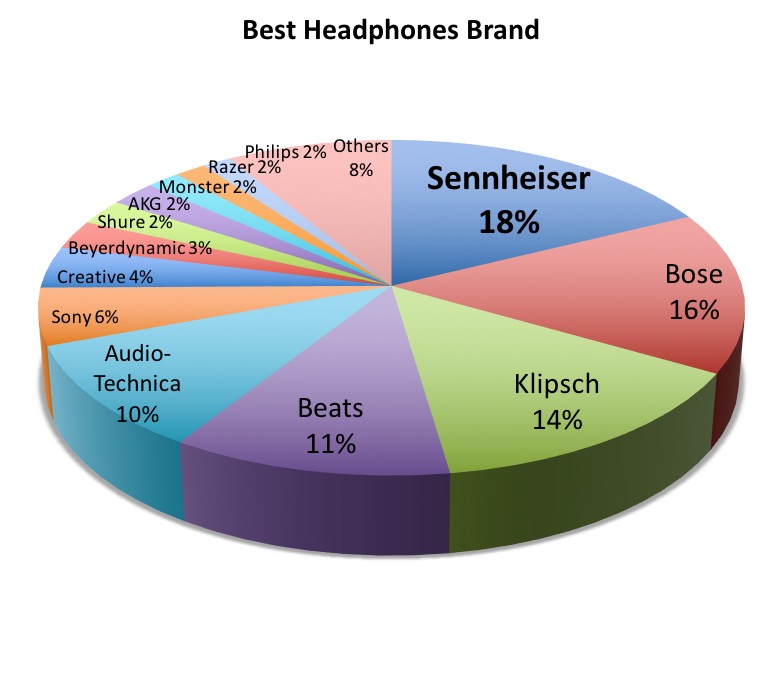 Featuring more 30 brands, the headphones category is another hotly contested Readers’ Choice category. After tallying the votes, German audio specialist Sennheiser has retained the award for the fifth time in a row with 18% of the votes. If you’re looking for some Sennheiser headphones, know that the company has refreshed the popular Momentum wired headphones in early 2015, and added new wireless Momentum models towards the middle of the year. Then late last year, a new generation of Orpheus, the HE1060/HEV1060, was unveiled for audiophiles with very, very deep pockets. And just last month, Sennheiser had us drooling once again with the HD 800 S, which now comes with a 6.3mm connector and a XLR-4 balanced cable to offer even better quality sound from sources with balanced outputs. 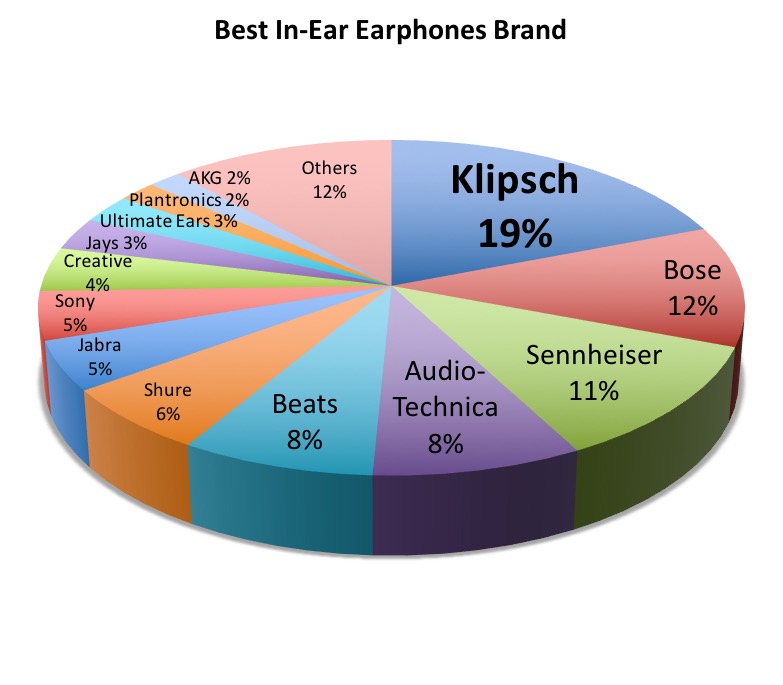 This is the third straight year Klipsch has won our Best In-ear Earphones Brand award, this time with 19% of the votes. In August last year, the company released the Pro-Sport series for fitness enthusiasts, and in November, a new X series that includes the flagship X20i and XR8i. If you prefer to go wireless, Klipsch has just announced the R6 in-ear Bluetooth monitors last month. Bose comes in second with 12% of the votes, and Sennheiser completes the top three with 11%. 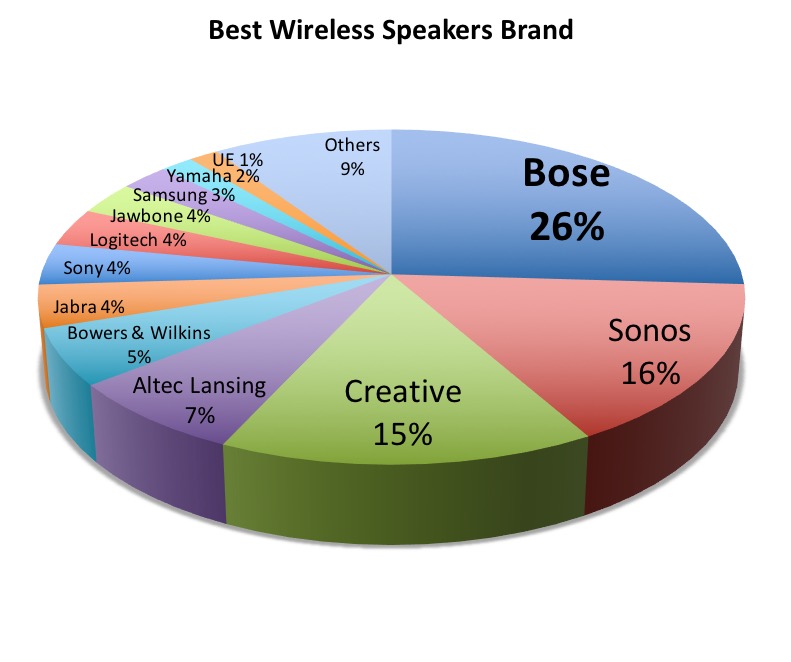 The advent of mobile devices greatly contributes to the exploding growth of wireless speakers in recent years. Not only can you enjoy higher-quality sound than the device’s tiny built-in speaker, being able to not tether to another hardware means that you can keep hold of your device, move about, and still control music playback. For the fourth year running, our readers have voted Bose (26%) their favorite wireless speakers brand. We took a look at the company’s expanded SoundTouch Wi-Fi system early last year; and late last year, a new generation of Bluetooth-capable SoundTouch speakers, including the SoundTouch 10, 20, and 30 series, was announced. For those into ultra-compact wireless speakers, there’s also a new SoundLink Mini II Bluetooth speaker, which now gains a built-in speakerphone function. Sonos, which unveiled the new Play:5 speaker recently, is second with 16%. Creative, maker of the new iRoar and Sound Blaster Roar Pro, is a close third with 15% of the votes. 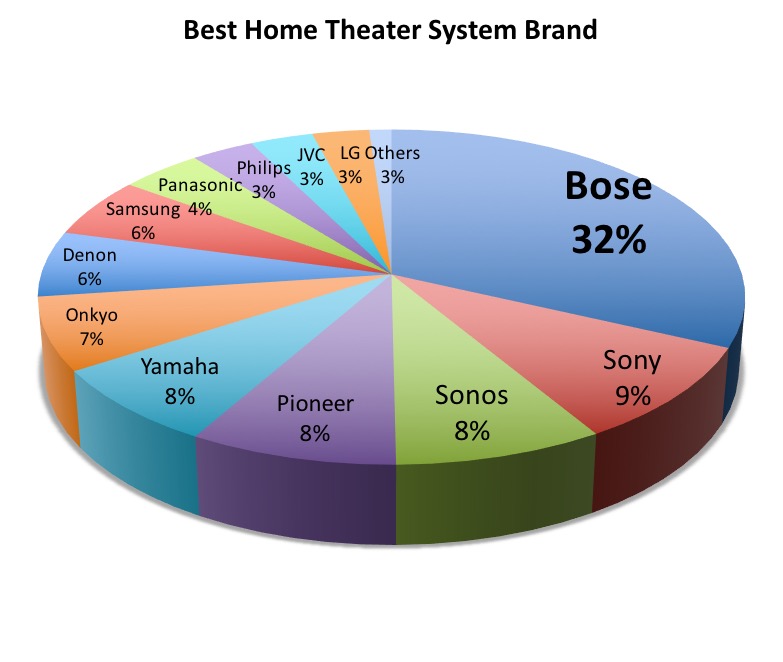 For the sixth consecutive year, our readers have chosen Bose as their favorite home theater system brand. It's the only brand to attain a double-digit share of votes (32%), which is impressive considering more than 20 brands were recorded in the polls.