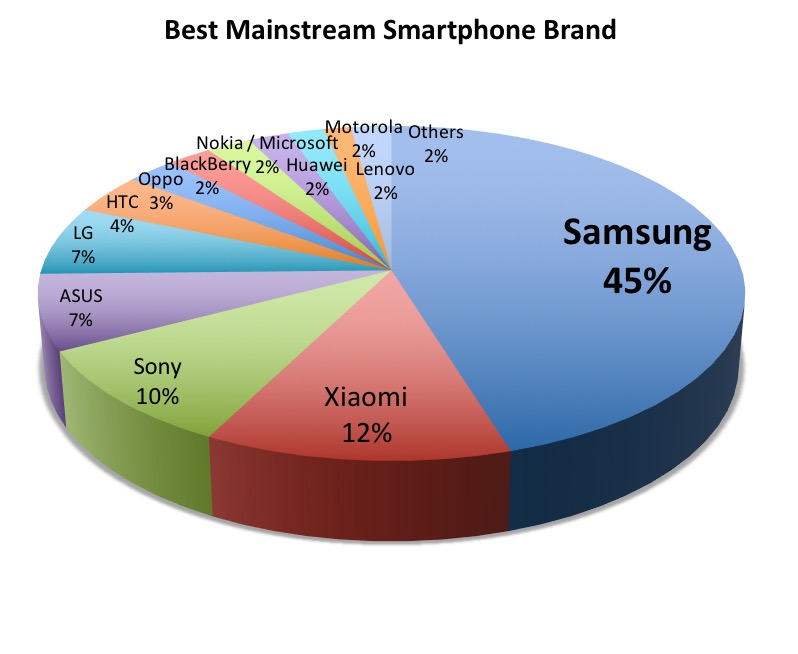 Samsung’s smartphone sales may be slowing, but the Korean company is still the biggest smartphone vendor, with a market share of 22.7% in 2015 according to IDC. The Galaxy E7, Galaxy J1, Galaxy A3, A5, and A7 were all entry and midrange smartphones launched in early 2015. The Galaxy A8 arrived in the middle of the 2015; and just a month into 2016, we’re already expecting three new Galaxy A series phones. For this Readers’ Choice award, Samsung manages to retain the trophy it has won in the past three years with 45% of the votes. Coming in second is Xiaomi, purveyor of value-for-money smartphones like the Mi 4i and Redmi Note 2, with 12%. 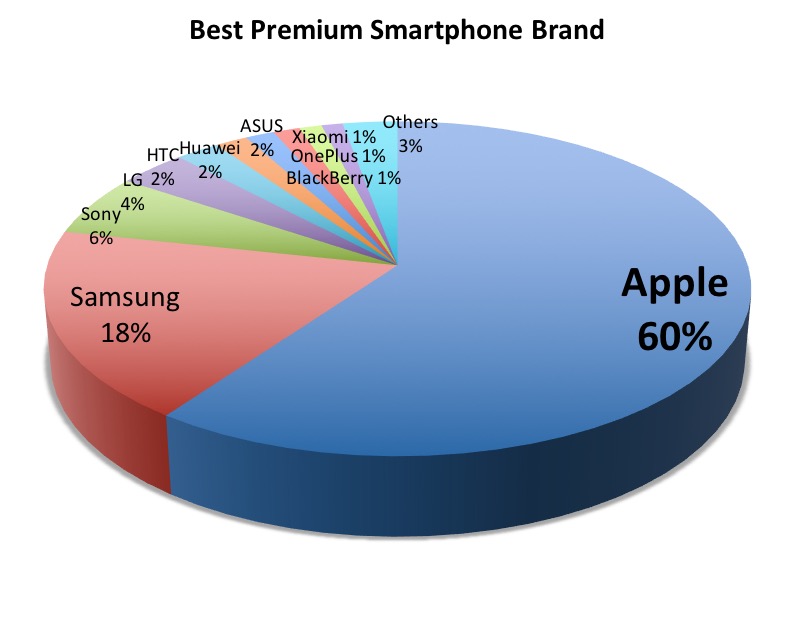 The second biggest smartphone vendor in the world is Apple, which according to IDC, moved 231.5 million units in the whole of 2015. Which is remarkable really, when you consider the bulk of them were the iPhone 6 and iPhone 6 Plus (the 6S and 6S Plus only came in September, remember?). Interestingly, for this Readers’ Choice award, Apple has managed to increase its share of votes from 53% last year to 60% this year, which is three times of Samsung’s share. Does this mean people really like the iPhone 6S/6S Plus (3D Touch, Live Photos, and all), or are consumers just dissatisfied with what they saw on the Galaxy S6 and Note 5 models? 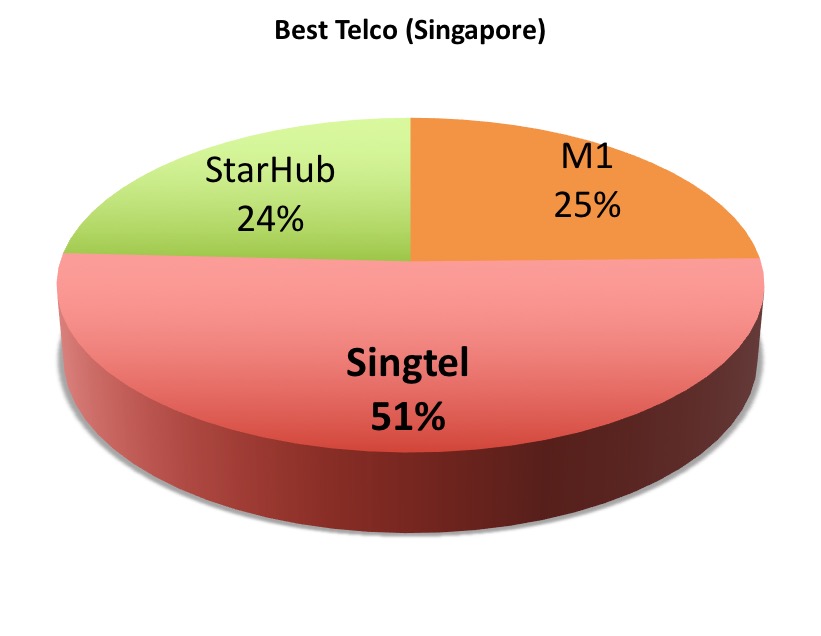 Singtel is still our readers’ favorite telco this year, garnering half of all the votes. A few announcements made headlines last year, such as Singtel’s contract-free and data-centric SIM-only plan announced last September; and Singtel Circle, which is a plan to reward loyal customers with free mobile data and other perks. Wireless coverage mapping company OpenSignal also recently rated Singtel as the fastest LTE operator in the world. Besides working on speed and coverage, Singtel is also working on the content front. Like StarHub, it has announced a partnership with Netflix, and is giving away up to nine months of complimentary standard Netflix subscription when they recontract or sign up for its mobile, fiber Internet, and/or television services. 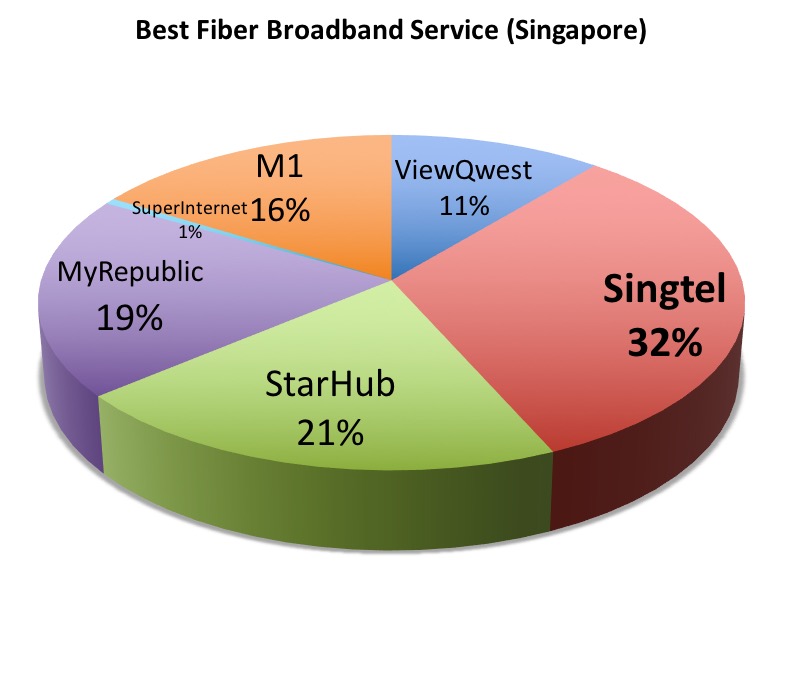 Compared to fixed line and mobile telephone services, the fiber broadband market in Singapore is a lot more competitive due to the presence of more providers. Still, Singtel has retained the award that it has won for the past four years with 32% of the votes. In fact, just two weeks ago, Singtel announced a crazy-fast, S$189/month 10Gbps fiber broadband plan for hardcore users ready to make the jump. Along with SuperInternet’s Optical Ethernet-based 10Gbps plan, these are the fastest home broadband plans currently available in Singapore. Would StarHub and ViewQwest come out with 10Gbps plans, too? We shall see.