The 6th generation ‘Skylake’ Intel Core processors were launched in early September 2015. In what was one of the most ambitious rollout of microprocessors, the Skylake family span four, broad product segments; desktops, notebooks, convertibles and tablets. For desktops alone, there were over 20 Skylake S-series CPUs, and at the top of the list is the quad-core, Intel Core i7-6700K.

For the AMD camp, there isn’t a desktop CPU equivalent as the company has chosen to focus on its Heterogeneous Systems Architecture (HSA) initiatives. As a result, the A10-7870K was added to the existing Kaveri APU family in mid-June 2015; however, the newer APU is branded under the Godavari series. Due to our criteria of comparing products that were launched within the Tech Awards qualification period, we had to corral this latest AMD ‘Godavari’ APU against the top Intel ‘Skylake’ desktop CPU. 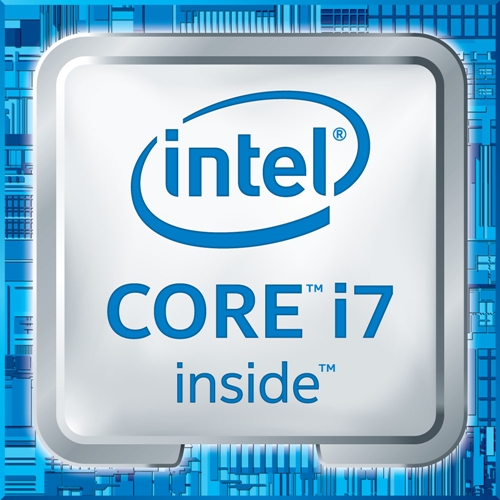 This quad-core, unlocked processor has a base clock of 4.0GHz, and a Turbo boost clock speed of 4.2GHz. With its support for HyperThreading, it’s capable of operating multiple threads on each core to improve processor throughput.  In terms of iGPU graphics compute capabilities, the AMD A10-7870K is a decent contender, but for our award category consideration, we aren't focusing on iGPU performance as highlighted earlier. Here's a quick snapshot of the total set of results obtained:- 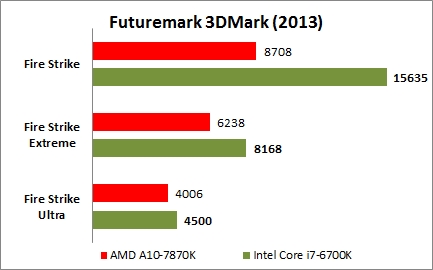 In terms of gaming, on 3DMark the Intel Skylake CPU-powered rig was about 12% faster than the AMD-powered one at the most taxing test run. This gap widened to as much as 80% for the standard Fire Strike test. 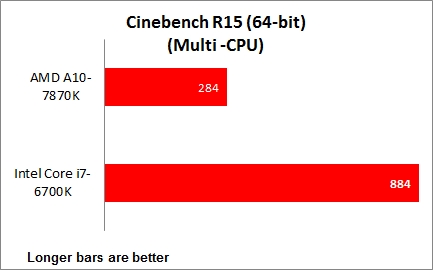 With the Intel’s chip support for HyperThreading, the Intel system pulled way ahead of the AMD APU rig in the Cinebench rendering test. Even if we half the scores by not factoring HyperThreading capability, Intel would still have a very big lead.

The Intel Core i7-6700K is ideal for building a high-end gaming system where every inch of performance gain counts. The processor is also well equipped to handle productivity, content creation and multimedia jobs, especially if it involves multi-threaded computations and time is of the essence. The AMD A10-7870K is a great general purpose processor and its price point makes it a value catch. However, as the popular saying goes, what you get is what you pay.