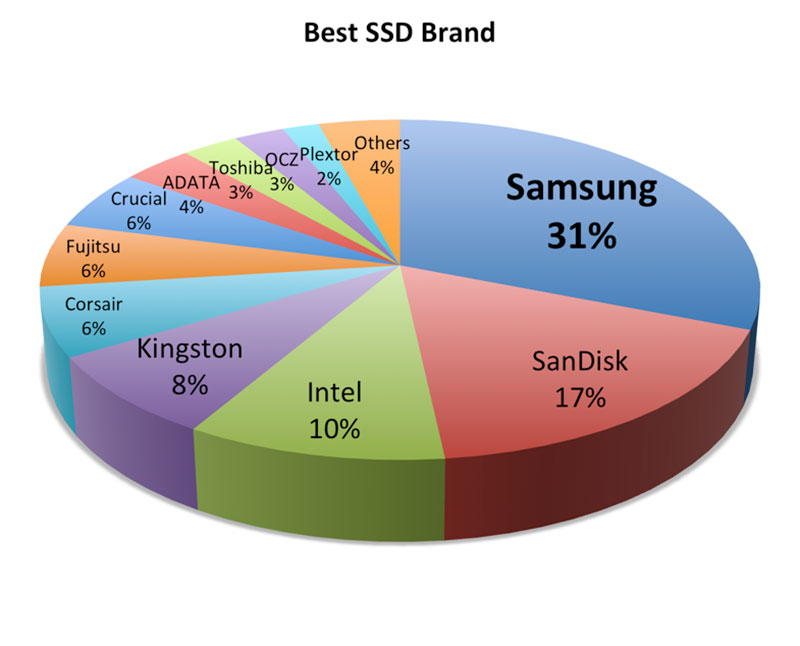 While traditional spinning hard drives still hold the capacity per dollar advantage, there’s also no denying that when it comes to speed, solid-state drives totally mop the floor with HDDs. Better yet, prices are coming down too. Samsung, who was runner-up to SanDisk last year, is the winner of our Readers’ Choice award for Best SSD Brand this year, with 31% of the votes. We can only posit that the great performances of its 3D V-NAND-based SSD 850 Pro and SSD 850 Evo didn’t go unnoticed by our intelligent readers. For something more recent, know that the Korean company has in January started mass producing an extremely fast and low-powered PCIe SSD (SM951) for notebooks; and just earlier this month, it unveiled the 850 Evo M.2 and 850 Evo mSATA SSDs for use in ultra-thin PCs. 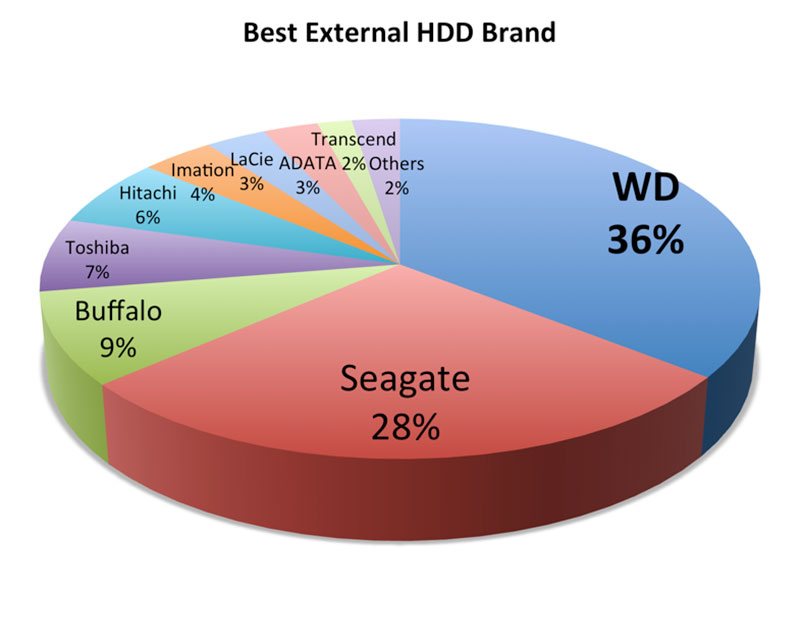 When it comes to HDDs, there’s no bigger brand than Seagate and Western Digital. In recent years, they’ve grown even bigger, with Seagate acquiring Samsung’s HDD business in 2011, and Western Digital acquiring Hitachi Global Storage Technologies in 2012 (the company later sold to Toshiba the 3.5-inch business). As such, it didn’t come as a surprise to us that both companies grabbed the majority of the votes in this category. With 36% of the votes, WD manages to retain the trophy it took home last year; Seagate remains in second place with 28%. For those who haven’t been keeping track, WD (or rather, its HGST subsidiary) has said that all its 3.5-inch drives moving forward will be filled with helium. WD also claims that its Re+ hard drives offer the lowest power consumption of any high-capacity 3.5-inch hard drive today. 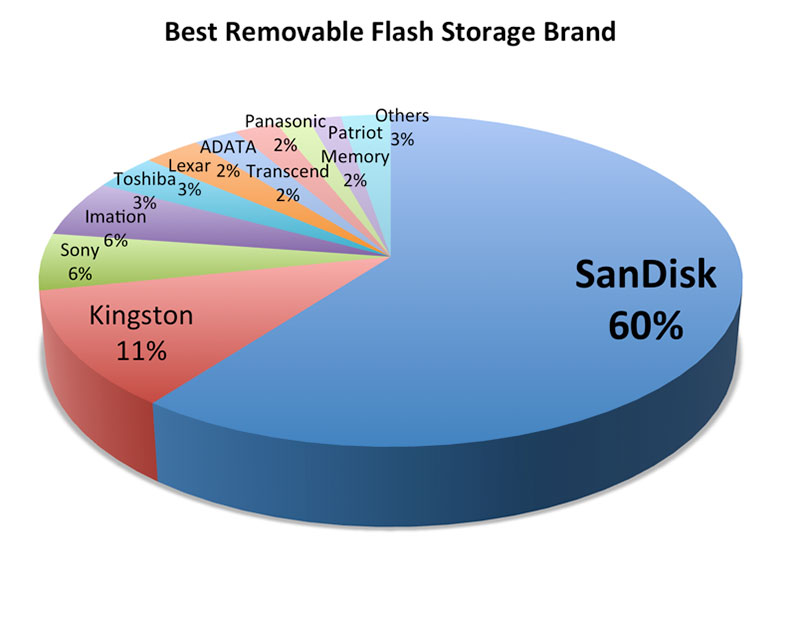 Thanks to its lion’s share of the votes (60%, to be exact), flash memory storage specialist SanDisk has strolled home yet again with our Best Removable Flash Storage Brand award. While we’re happy to see SanDisk’s continued investment in its SSD business, we’re also glad to see that it hasn’t stopped innovating in the removable flash storage space. Case in point: this new 200GB microSD card that delivers up to 90MB/s transfer speeds, and this iXpand USB flash drive that allows users to quickly transfer files between their iOS devices and computers. 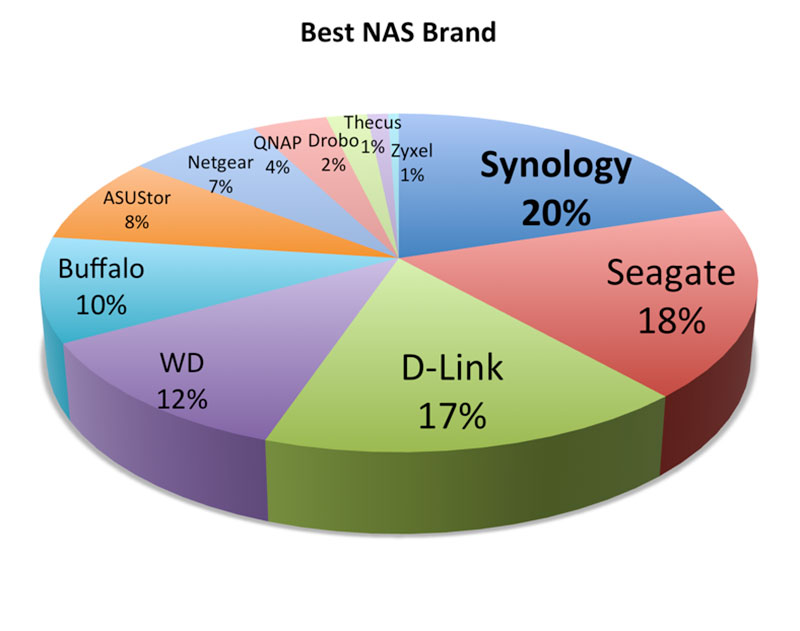 Our NAS (network-attached storage) category has always been hotly contested, and this year sees more than 11 brands competing. With 20% of the votes, Synology is our readers’ favorite NAS brand this year, beating the likes of Seagate (18%), D-Link (17%), and WD (12%). In fact, this is a bit of a surprise to us, as Synology was only placed fourth last year. But one thing’s for certain: as its product page shows, the Taiwanese company has a wide range of storage solutions to meet the needs of different users, from large scale enterprises, small and medium businesses, to home users. 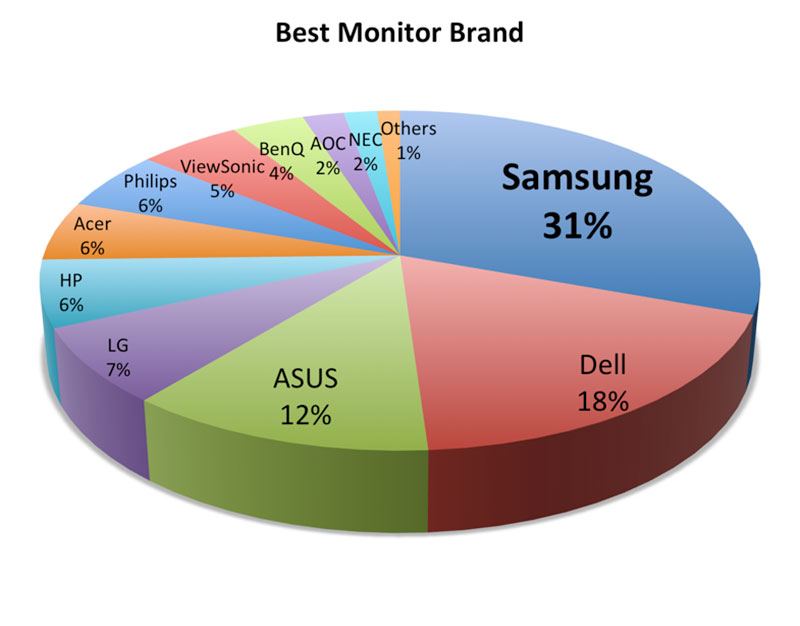 With 31% of the votes, Samsung has done a 3-peat this year. Like its TVs, the Korean company continues to churn out new monitors on a frequent basis. For example, just this March, it launched the SE790C, a 34-inch monitor with a 21:9 aspect ratio and a resolution of 3,440 x 1,440 pixels; as well as the SD590C, which stands at 27 inches and sports a full HD resolution. And we’re expecting a few more, such as the UE950 and UE850 that support FreeSync, AMD’s frame synchronization technology. And as we found out, the 28-inch UD590 of 2014 is pretty good if you’re looking for a 4K monitor. Dell, which launched the UltraSharp UP2715K 5K monitor, U3415W 34-inch curved monitor, and P2416D QHD monitor recently is second, with 18% of the votes. 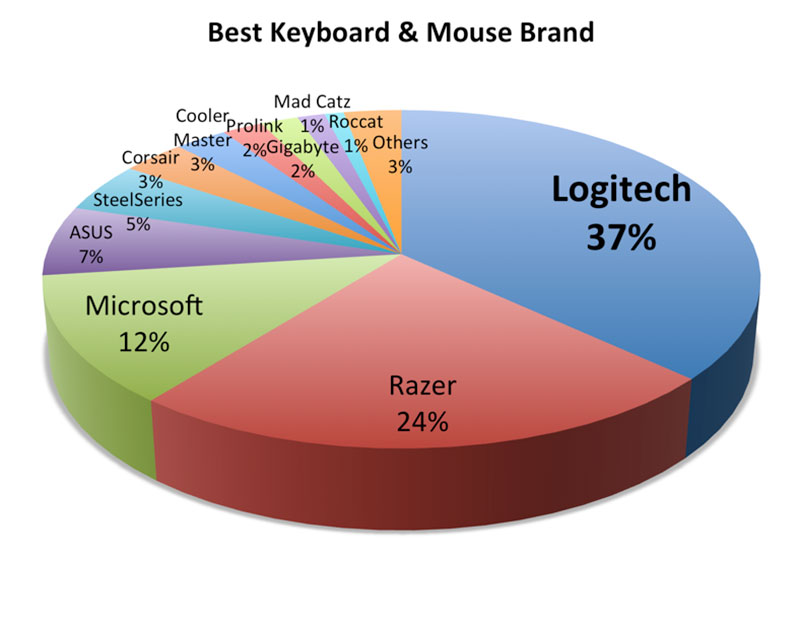 The contest for our new Best Keyboard and Mouse Brand award involves more than 15 brands, but the top three already garnered 70% of the votes. At the end of the day, the trophy goes to Logitech, who received 37% of all votes cast. Trailing behind are Razer and Microsoft, with 24% and 12% respectively. From these results, it’s pretty clear that Logitech has achieved considerable mindshare with its wide range of keyboard and mouse offerings. From everyday wireless keyboards and mice, to gaming-oriented keyboards and mice, to portable keyboards for iOS devices, the company seems to have something for everyone. 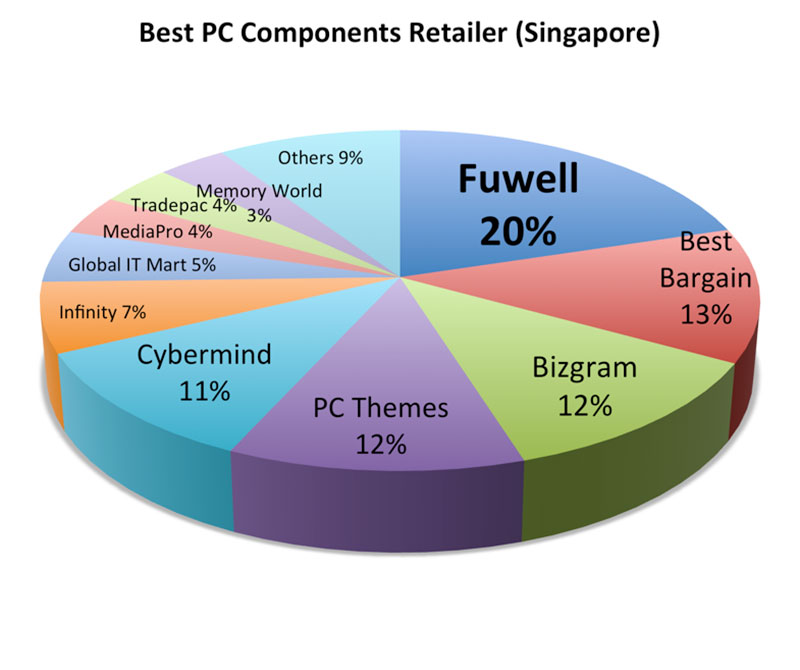 Sim Lim Square has always been the go-to place for DIY enthusiasts building their own systems, as this is the mall that gathers numerous PC components retailers under the same roof. For the sixth consecutive year, you’ve voted Fuwell your favorite PC components retailer. Its 20% share is consistent with what it achieved last year. And its closest rivals this time are Best Bargain (13%), Bizgram (12%), and PC Themes (12%).