Following the 8-inch and below tablet test segment on the earlier page, of course we can't ignore the 10-inch tablet space which made a grand splash a couple of years back and kickstarted the tablet adoption in a big way. The typical 10-inch tablet usually comes with better screen technology, and of course, higher resolution than its smaller peers. They are also usually outfitted with better hardware specs, generally because of what they are primed for - entertainment, multimedia viewing, gaming, and increasingly, for work and content creation.

However, the same question still applies - what makes a particular tablet the ONE to buy? By now, you should be aware that it's not all about the specs. In fact, a purchase decision is based on a variety of factors such as apps, branding, build quality, design and price, which can be summed up in two words - user experience. With that, we rounded up six candidates that fit our timeline of consideration for our awards, have Full-HD or higher resolutions and are primarily targeted for content consumption. As such, our candidates are all from the iOS and Android OS categories:- 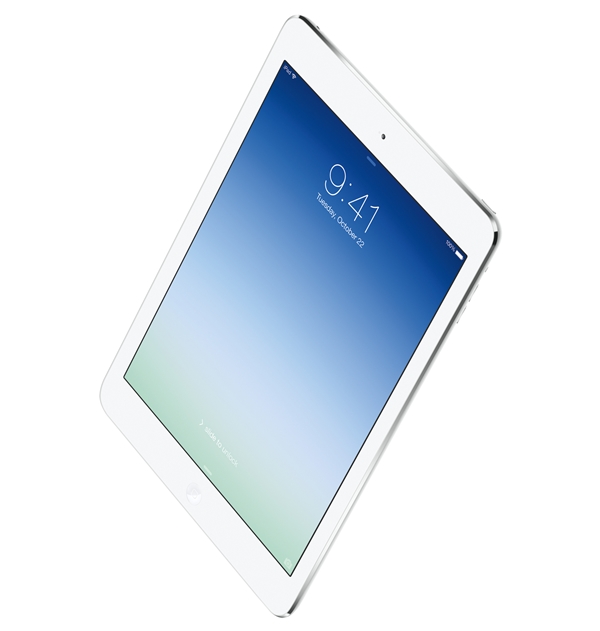 Apple embarked on its first major design revamp for the 9.7-inch iPad since its introduction in 2010. The company managed to reduce the overall volume of the iPad Air by 24%, making it one of the most portable tablets in its class.

Much of the upgrades are under the hood; the iPad Air runs on the next generation 64-bit A7 processor. While there ain't many apps to take advantage of the extra processing power, you can be assured that Apple is preparing its entire iPad and iPhone portfolio to take advantage of what's to come in the years ahead - perhaps desktop class performance in a lighter, more portable form factor than laptops.

Sony challenges it with the Xperia Tablet Z, which is easily the most well-designed Android tablet we've seen thus far. It may be thinner than the iPad Air, but it cannot compete with Apple in terms of user experience. Performance-wise, the Xperia Tablet Z has much to catch up especially in the aspect of battery mileage. Its trump card is however dust and waterproof certification which none others can claim to have.

ASUS offers an alternative take on tablet-laptop hybrid with its Transformer Pad TF701T, one that can transform into a laptop with its keyboard dock. With it features and asking price, this tablet ranks high on value and versatility. However, consumers may not be able to do more beyond the standard web surfing and typing of documents and reply emails as it lacks a strong ecosystem of apps optimized for use on tablets. It also lacks the polished feel of the Apple iPad Air. As such, even though the ASUS Transformer Pad TF701T ranks higher in overall ratings (mostly due to its great value), the HWM+HarwareZone Tech Awards 2014 Editor's Choice for the best 10-inch consumer tablet goes to the Apple iPad Air for its better build, user experience and tablet optimized app ecosystem.

The other competing tablets put up a good show and are ideal for certain users, but from an overall experience and content consumption perspective, the iPad AIr is still in a class of its own and a cut above the rest for most consumers.