Despite the introduction of the AMD Trinity desktop APUs that require new motherboards that feature the AMD FM2 CPU socket, and the deluge of such new motherboard designs, availability of these boards are limited and can certainly improve. At our point of evaluation, there weren't many options from our local distributors in terms of securing high-end AMD A85X Socket FM2 boards; hence, we had to settle for a mix of mATX and normal ATX sized boards. Furthermore, there's not too much of a differentiation between both types of boards as there's a lot of integration taking place at the CPU and chipset level. Despite that, we took pains to ensure the features across the boards were competitive enough to be compared, while discounting the usual extra expansion options that one would naturally expect ATX sized boards to offer. Here then are the nominees for this category: 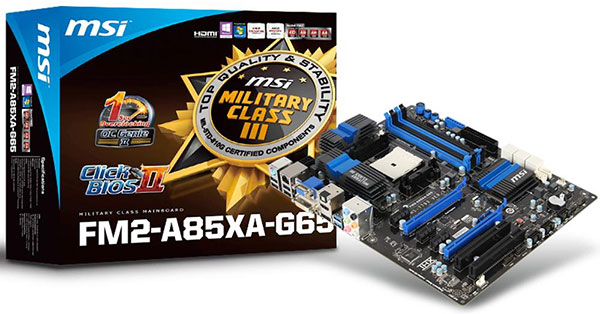 In terms of general computing performance, the boards all had rather similar performance levels according to the SYSmark 2012 benchmark. As we up the ante to more taxing benchmarks, it was the ATX boards that came out slightly ahead. For gaming pursuits, the differences between the boards were small, but MSI edged ahead most of the time. Only ASRock was tagging along slightly below expectations. The outcome was also the same in our power draw test and chipset temperature checks, where the MSI FM2-A85XA-G65 took the pole position overall. 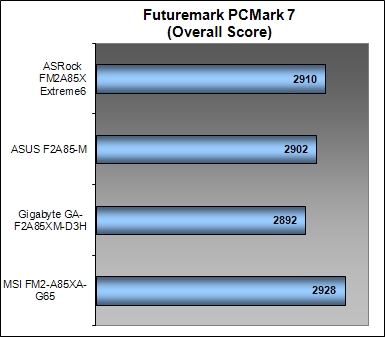 However, the mATX boards also showed their prowess at the overclocking trails; in fact, the Gigabyte GA-F2A85XM-D3H came in second with our overclocked A10-5800K APU running at 4.68GHz, and it was just beaten by the MSI board which managed to operate our overclocked APU at 4.72GHz. The ASUS F2A85-M mATX board was also a consistent performer as it was always in the top three positions during our benchmarking test; however, we felt that it was a little on the pricey side for what it had to offer.

The other full ATX board was the ASRock FM2A85X Extreme6, and it turned in anemic performance. However, it stood out by having an outstanding feature set. From its proprietary XFast 555 technology to its support for three-way Multi-GPU configurations, it has the makings of an elite high-end board.

Ultimately, the winner for this category is the MSI FM2-A85XA-G65, a board that scored high in both performance and features. It took the top spot in almost all our tests, and its chipset also ran the coolest at 29.0 degrees Celsius under load. It also sports beefy passive VRM cooling. In addition, it sipped power at a low of 141W under load, beating the two mATX boards at their own game. Priced at S$199, this board has boasts of MSI's Military Class III construction for durability (more details of this feature in this article).